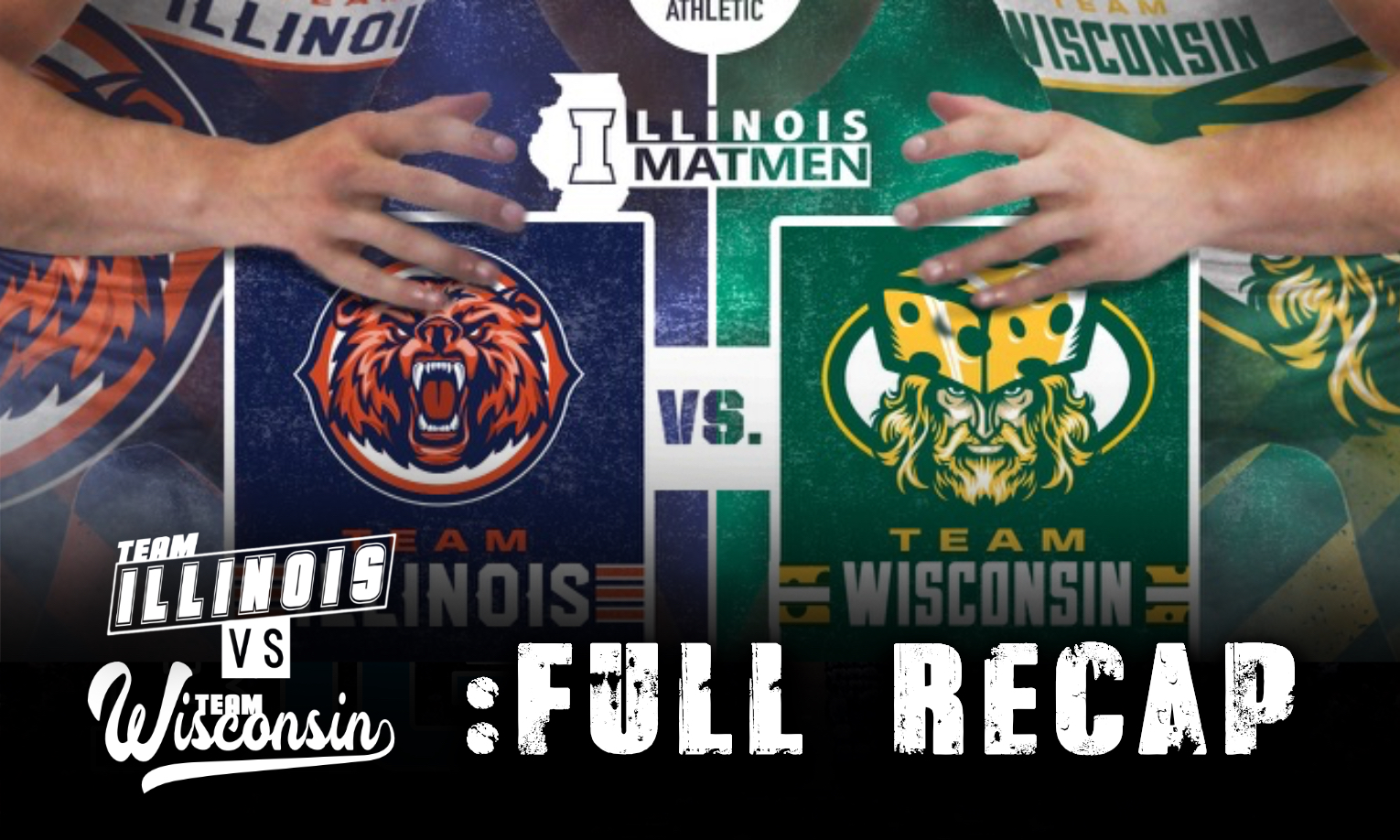 4-4 after first period. Vasquez went down, gets the escape 5-4. Takedown on the edge 7-4 Vasquez, at the end of the second period.. Schiavone chose neutral, Vasquez executes single leg takedown to push his lead to 9-4, escape Schiavone, score is 9-5. Go behind for Vasquez 11-5. Tilt by Vasquez, 3 near fall. 14-5 final.

0-0 after the first period. Conway chose down, escapes to take the early lead 1-0. Woo chose neutral to start the third period down 1-0. A late takedown by Conway, makes it a 3-0 final score.

First point comes on an illegal figure four of the head by Spassov, Ross takes the lead 1-0, and that is the score at the end of 1st period. Ross chose down, Spassov came close to a couple turns, before getting 3 near fall with the leg in and a power-half nelson. Spassov is hit with unnecessary roughness and Ross is awarded 1 point, end of two periods score is 3-2 Spassov. Spassov chose down to start the 3rd. Spassov with the reversal to stretch his lead to 5-2. Spassov with 3 near fall, Ross with the escape to make the score 8-3. Ross with a late takedown to make the final score 8-5.

Wemstrom breaks the match open with the first takedown, Dozier escapes to make it 2-1, Dozier with the late takedown to take the lead 3-2 after one period. Wemstrom chose down, and gets a quick reversal out the backdoor, after Dozier gets caught riding high with the legs in. Dozier escapes and the match is tied 4-4. Wemstrom with a score to take the lead 6-4. Dozier goes down, Wemstrom elects to go neutral and it is a one point match 6-5. Dozier goes for the neck wrench and scores 2 points takedown and 3 near fall to take a 10-6 lead in the third period, with a minute left. Wemstrom with a reversal score is 10-8. Wemstrom cuts him to make the score 11-8 Dozier leads. Wemstrom pushing the pace, but cannot score. Dozier holds him off to win.

Gonzalez opened with a quick single-leg takedown. Bast escapes, and the score is 2-1. Gonzalez locks up a near side cradle 2 points takedown and 3 near fall to make the lead 7-2. Two more near fall for Gonzalez and the lead is 9-2. Bast escapes and Gonzalez follows with another takedown at the buzzer to take a 11-3 lead into the 2nd period. Gonzalez chose down, illegal hold by Bast makes it 12-3, tough leg ride by Bast and the 2nd period ends 12-3. Bast elected to go top, and went right back to his tough leg ride. Bast gets high with his leg ride, and Gonzalez scores the reversal out the backdoor to make it 14-3.

Tavaso scores a takedown with a spladle 2 takedown and 2 near fall awarded. Hunter with the reversal to make it 4-2. Tavaso with an escape to make it 5-2. Tavaso scores a late double leg takedown to end the first period up 7-2. Hunter chose down to start the 2nd, Tough ride out by Tavaso, but he ends the 2nd period with a stall warning. Tavaso chose bottom, Hunter elected to let him up. Score is 8-2. Hunter with the crusher and he gets the pin.

Goebel gets in deep on a double-leg takedown and finishes, Brower with the reversal to make it 2-2 after the first period. Goebel goes down and escapes followed by a takedown to make it 5-2. Goebel escapes to make it 5-3, Goebel gets a late takedown to push his lead to 7-3. Brower chose neutral to start the third period. Brower in deep, Goebel with a waist ankle roll to defend and score the take down, score is 9-3. Goebel cuts him and secures one more takedown to win by a final score of 11-4.

Hayes opened the match up with a takedown and catches back points after Tonsor tries to pass the leg and gets caught on his back. Hayes has the leg in and a power half and adds two more near fall points to make his lead 7-0 after the 1st period. Tonsor chose neutral, Hayes with a beautiful boot scoot, to a score to push his lead to 9-0. Three more near fall to make it 12-0, another two points near fall and Hayes has a commanding lead, 14-0 at the end of the 2nd period. Tough ride by

Both guys wrestling hard, lots of action but the first period ends scoreless 0-0. Curran goes down, Hughes lets him up and Curran has the early lead 1-0. Curran in on a quick shot and scores the takedown to take the lead 3-0. Hughes with the reversal, score is 3-2 at the end of the 2nd period. Hughes goes down, Curran lets him up to tie the score 3-3 to start the 3rd period. Curran in on a single-leg, Hughes trys to pass the leg, Curran locks up a crawdle

Thompson with the early takedown, he cuts Mirasola to make it 2-1. Thompson had the single-leg up in the air, but couldn’t finish. Thompson with a slick duck under at the end of the first period to take a 4-1 lead. Mirasola chose down, Thompson lets him up and the score is 4-2. super duck by thompson to score his third takedown of the match and take a 6-2 lead at the end of the 2nd period. Thompson chose down, Mirasola cuts him give Thompson a 7-2 lead. Thompson with another takedown, he leads 9-2. He cuts Mirasola score is 9-3, one more takedown to end the match with a 11-3 win.

Caliendo in deep on a leg attack, Ganos defends and gets the go-behind to take the early lead 2-0. Caliendo with the quick reversal, Ganos trying to kick away at the end of the 1st period. Ganos doesnt get away, but Caliendo is warned for stalling and the 1st period ends tied 2-2. Ganos chose down and gets the escape to take the 3-2 advantage with a minute to wrestle in the 2nd period, no more scores at the score is 3-2. Caliendo chose down, gets the escape and the score is 3-3. Calendo has double under-hooks throws him by and is standing behind Ganos, but couldn’t finish the takedown, still 3-3 thirty seconds left. No score and the match is headed to overtime. OT is scoreless and we head to the 2nd OT. Caliendo is down and gets the quick escape to take the lead 4-3. Ganos in on a single-leg standing, but couldnt finish. Ganos goes down and has thirty seconds to escape. Ganos kicks free and we are tied 4-4. Sudden Death OT. Ganos has the choice and goes down. 10 seconds left, fresh start for Ganos. 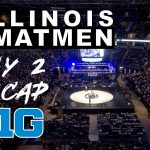 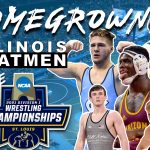