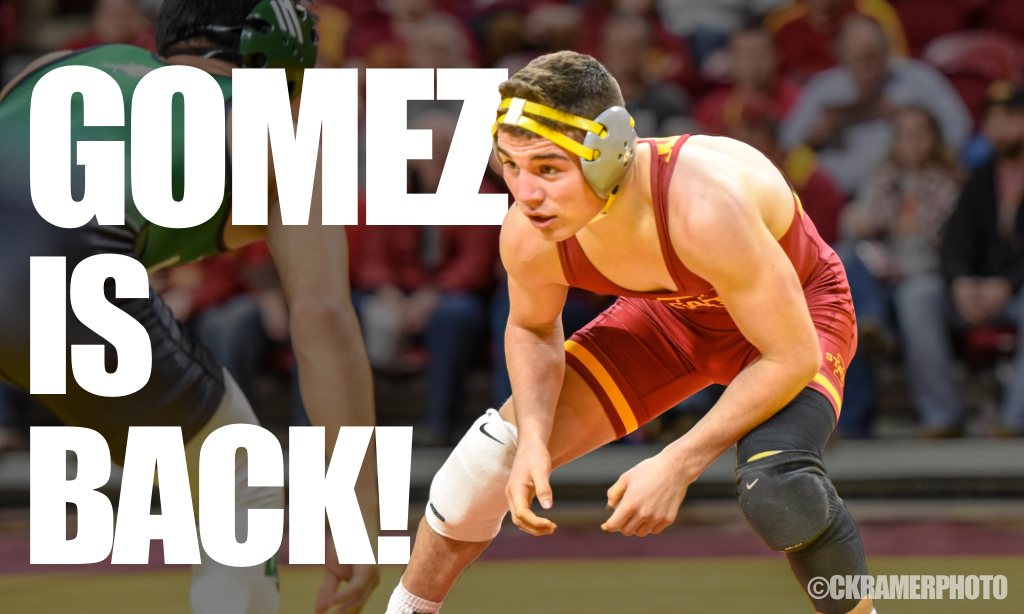 Austin Gomez is Back! Austin Gomez entered the transfer portal yesterday around 4:00 pm. Gomez had previously retired from the sport citing concussion issues as the main reason for walking away.

When asked about the concussions Gomez is to the point, “I know I can wrestle again, the concussion doctor in Pittsburgh thinks I can wrestle again, so I am back.” Gomez will be moving up in weight to 141 lbs. He believes that will help with his head injuries, saying, “making 133 lbs. was very taxing on my body, and I think that is why the injuries occurred. When I was training in the summer, ideally around 155, I never had concussion issues. Once I started getting my weight down, that’s when I would get dinged in the head, trying to make 133, and always training.”

Gomez has 3 years of eligibility left, if granted a medical hardship year, and will be a huge addition to any lineup in the country. Gomez enjoyed his time and coaching staff at Iowa State, stating, “I loved my time at Iowa State, I loved my coaches Dresser, St. John, and Metcalf. Those guys were awesome, and I made about 40 brothers wrestling at Iowa State, some of my best friends. If I had the opportunity to stay, I would, but things didn’t work out.  So, it’s time for me to find a new home.”

Gomez has no idea where he will end up, “I basically have to go through the recruiting process all over again as if I was a Junior or Senior in high school. I really don’t know where, I just need to find the right coach and team for me.” Gomez is focused and intent upon coming back and achieving his goals, both in college and beyond. “I started wrestling when I was 5 or 6 five years old and I wanted to be an Olympic Champ and a World Champ and the goals remain the same, wherever I go.”

A motivated Austin Gomez is a dangerous wrestler, for any opponent. Gomez is the type of wrestler that could have an immediate impact on many division I lineups. We can’t wait to see where he ends up, and watch him compete again. 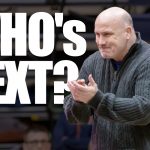 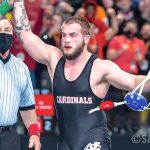