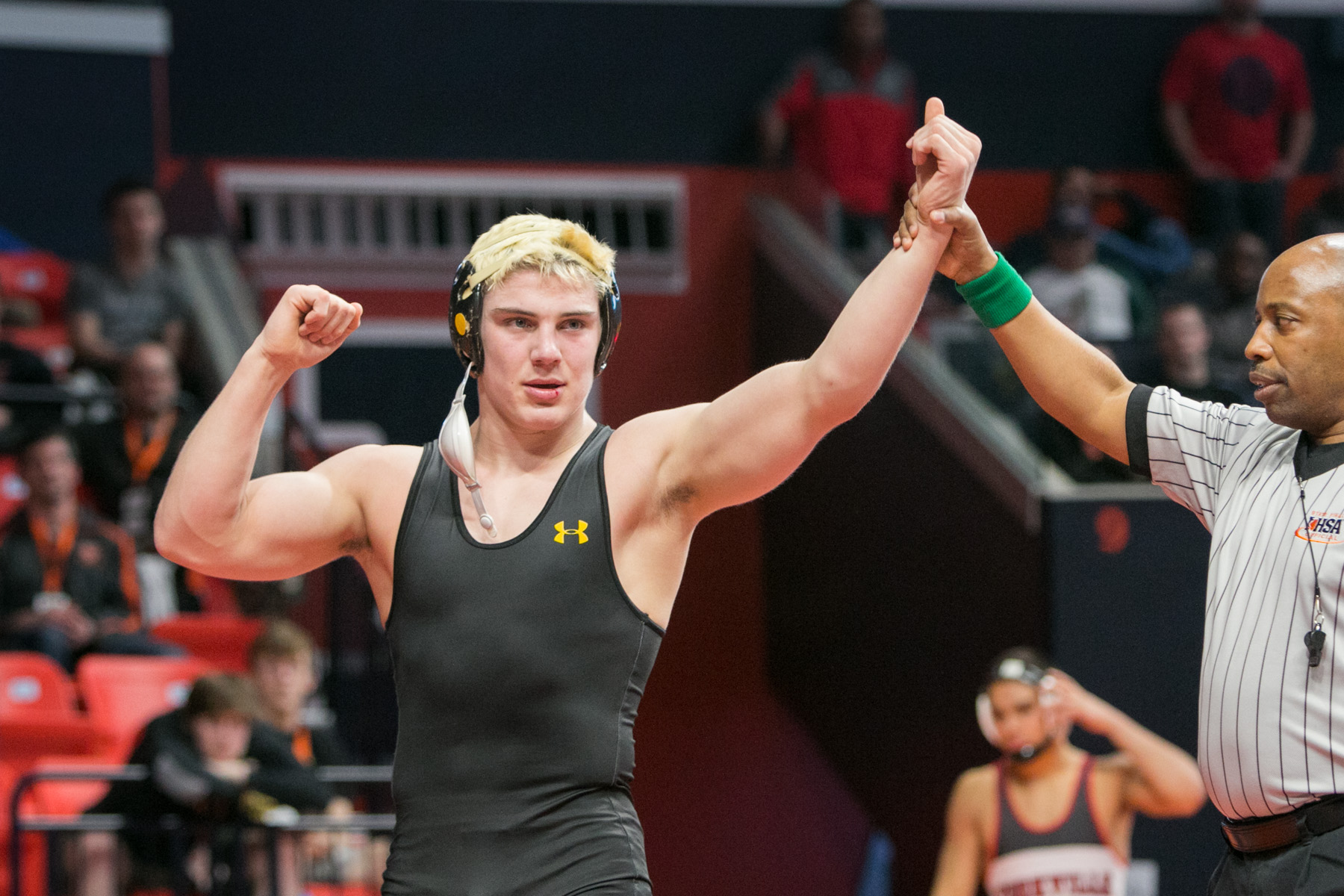 In the days leading up to the IHSA State Tournament, 170-pound Glenbard North junior Abe Assad received a text message.

It was from an old friend and former teammate.

“My buddy, Austin Gomez, texted me a few days before the state tournament,” Assad said. “He told me, ‘Go out there and do what I couldn’t. Win a state championship and be undefeated.’”

At Saturday night’s IHSA State Tournament championship round that’s exactly what Assad did.

After he qualified for state but didn’t place the past two years, Assad broke through in a big way as he won the Class 3A 170-pound state title and finished off an undefeated 47-0 season.

“I wanted to come back with a bracket board, but I really didn’t want to leave without a medal,” Assad said. “This tournament has gotten to me in the past, so I wanted to get some revenge – some good, sweet revenge.”

The No. 1-ranked 3A 170-pound wrestler in current GO EARN IT rankings, Assad was seeded No. 3 by the IHSA as he was ranked behind Marmion senior Nate Jimenez and O’Fallon senior Jack Bond.

“I knew Jimenez would probably be the No. 1 seed because he placed second last year where I didn’t place,” Assad said, “but I actually got the third seed after the kid from O’Fallon. That didn’t settle too well with me, but I beat him in the semifinals, so it was nice to get it off my back and tell people, ‘Yeah, you were wrong.’”

After Assad won his first two matches at state by a major decision and a fall, he defeated Bond in the semifinals by a 4-0 decision to set up Saturday’s title-match showdown against Jimenez. 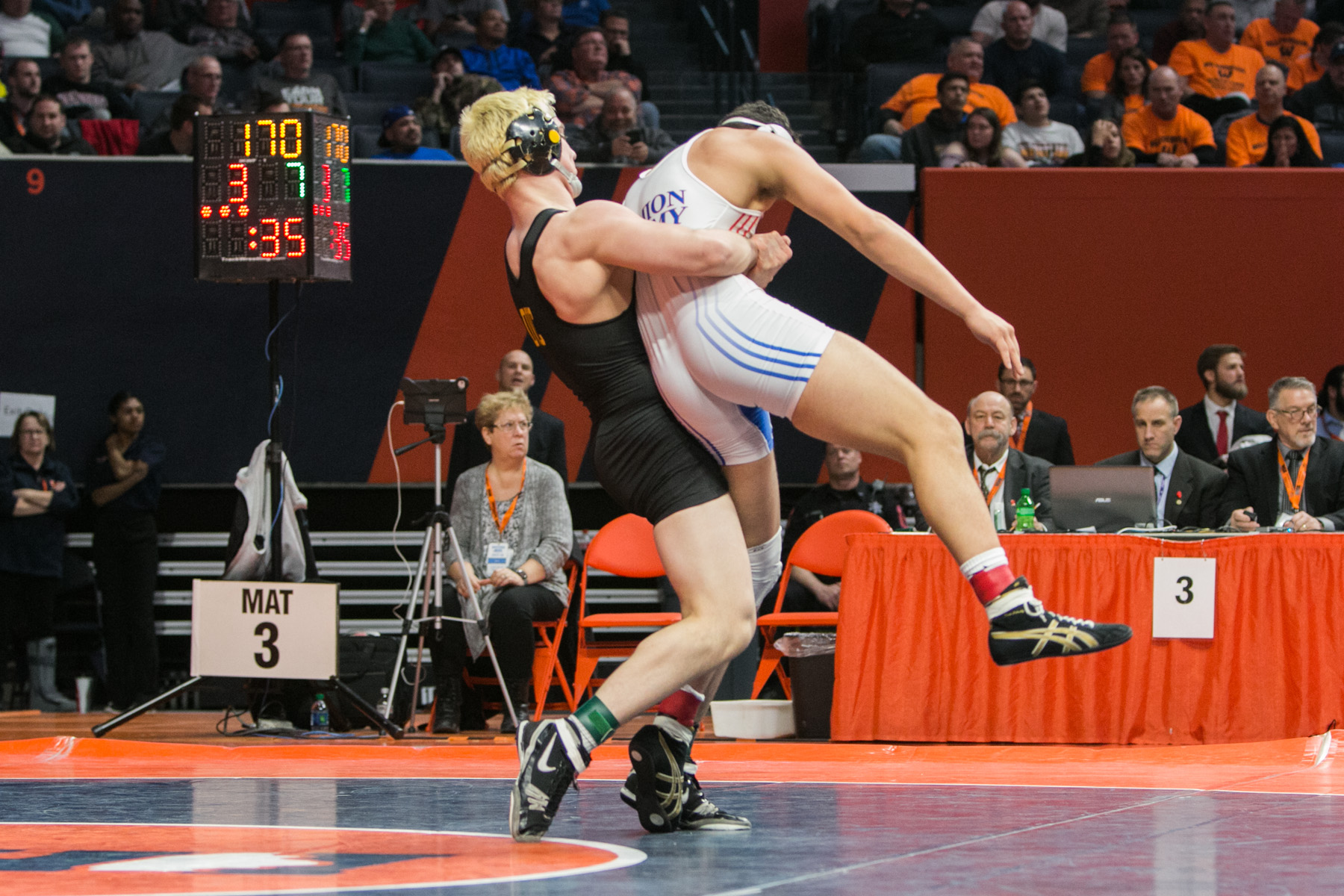 In a match that lived up to the hype, Assad pulled out a hard-fought 7-4 decision.

“Props to Jimenez – he’s a great wrestler,” Assad said. “After scouting him, I knew he wanted to go to a certain leg, so I knew how to circle away and keep my hands down.

“I also knew that in the third period he would tire because he only has half the matches I do. I knew that I had to continue to push the pace.”

In winning his first state title, Assad continued a streak of 12 straight years in which at least one Glenbard North wrestler has won a state title.

“It’s really nice to be able to continue the tradition because Austin won it the last few years,” Assad said. “I’m glad that I could keep it going and add on another year. I plan to keep it going next year.”

The title was the culmination of Assad’s growth over the past few years – literally.

Two years ago, he advanced to state as a 120-pound freshman and last year qualified for state as a 145-pound sophomore.

In two years, he jumped up seven weight classes.

“I hit puberty really late, and I basically grew 25 pounds a year each year,” Assad said. “My first couple of matches last year at 145 were tough because it’s harder to move, but it also paid off because when you wrestle 120 you find yourself in different situations and you scramble a lot. All that has helped me at 170 as I can out quick and outwork a lot of these guys.

“I don’t want to say I would not have won (a state title) had I not had the skills from being a 120-pounder, but what I will say is it really helped me a lot. I wouldn’t be the wrestler I am today without it.”

It all combined to help Assad overcome the disappointment of not placing the past two seasons.

“My first couple of years I DNPed (did not place), and it can really get to you and make you think, ‘Not this again,’” Assad said. “But I really got up for this tournament, and I am really happy with my performance.”

It made Assad’s family, friends and Glenbard North proud.

“Gold Dot Nation is the best,” Assad said of the support from his school and community.

“We have a great fanbase and some great alumni. They love to come back on Friday nights, sit the stands and cheer us on. They just love to watch wrestling. It’s awesome to see them, and everyone in the school really supports us and we’re so appreciative for all their support.” 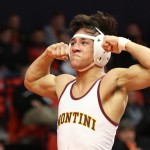 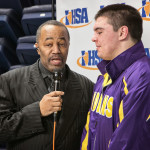