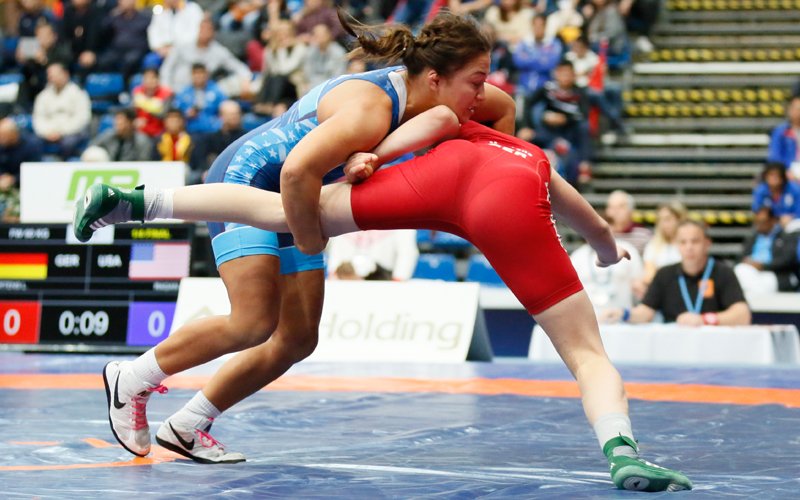 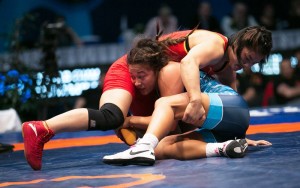 It’s just not who she is.

A lifelong wrestler and a 2010 Carbondale graduate, the 24-year-old has become one of the world’s best female wrestlers as she placed second in the 60 kg/132-pound weight class Dec. 11 at the World Championships in Hungary.

However, despite her career-best medal, she wants more.

“Everyone has been congratulating me, and I’m thankful for that,” Ragan said. “I appreciate everyone’s support, but there’s still more work to do. I’m definitely not satisfied because second isn’t the ultimate goal. I am happy that I came home with something, but it wasn’t the gold that I really wanted.”

That attitude has helped make her one of the best.

A wrestler since she was five years old, Ragan has always strived to be better whether as a wrestler for her father, Dennis, at Carbondale, at King University (TN) or as a member of the U.S. Junior and then Senior World Championship teams.

“She always knows that she has something to work on, and from a coaching standpoint I love seeing that,” said Dennis who has been the Carbondale wrestling coach since 1980. “She understands, ‘OK, I didn’t get everything I wanted, so I need to go back and make improvements.’”

Throughout her wrestling career, those improvements usually lead to winning – a lot of winning.

At Carbondale, Ragan was a four-year sectional qualifier and a state qualifier as a freshman.

As a member of the King University women’s wrestling team, she took the next step as she won two WCWA national titles and competed for the U.S. Junior World Team.

After she turned 21, Ragan moved up to the Senior level and has qualified for four straight U.S. World Championship teams.

Earlier this month, she took yet another step forward at the 2016 World Championships by placing second, which was the best finish by a U.S. wrestler and bettered her previous best of a fifth-place finish.

“I think this year I really trusted in the process,” Ragan said. “I was definitely a lot more comfortable and confident coming in to this world (championship) than I have ever been, so knowing that I did everything that I could definitely made me wrestle more freely, really allowed me to open up out there, show all my skills and just have fun.”

The daughter of a coach, Ragan tagged along to her brother’s youth wrestling practices as a kid and, not too long later, she decided she’d rather join in than watch.

Turns out, she quickly succeeded and excelled.

“In her first tournament, I saw some things that were really good,” Dennis said. “She was fighting to win and I thought, ‘Oh my gosh.’ I had never seen that before. She kept fighting. From there on, I continued to see that and it’s something she continues to have.”

Ragan wrestled as a lightweight in high school and competed against the boys, something that helped make her better in the long run.

“I would say wrestling the boys in high school definitely made the transition to wrestling girls in college a lot easier and made me tougher,” Ragan said. “Going against the guys, you kind of develop this mindset of, ‘OK, you have to get tough or get out.’ Illinois is a pretty good state for wrestling, so that was the only option that I had.”

After high school, her career really took off with success at King University and on the national stage.

At almost every step along the way, Ragan has had Dennis in her corner as he coached her as a youth, in high school and as national team member.

“It’s awesome and very special to have him with me,” Ragan said. “You learn from every coach, but he taught me a lot of what I know, including a lot of the basics. Regardless of the outcome, he’ll always be proud of me, but I try to do a lot of stuff to make him proud. Winning a medal with him in my corner was awesome.”

Seeing his daughter place second at the World Championships was equally as special for Dennis.

“Coaching your own kid has a lot of extremes – really high highs and really low lows,” he said. “You know how they feel when they suffer disappointment, so to see her make the world team and finish second was exhilarating.”

Ragan, who finished second in the U.S. Olympic Team Trials for the 2016 Rio de Janero Olympics, isn’t done yet as she plans to complete at least one more four-year cycle with the hopes of wrestling in the 2020 Tokyo Olympics.

“She really, really, really wants to win, and she always has,” Dennis said. “She cannot stand losing, even in the practice room. I saw that from the time she was five to now. She’s had that attitude with everything that she’s done. She gives it everything she has and more, and I know she will continue to do so in the future.” 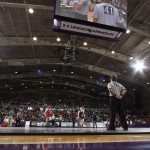 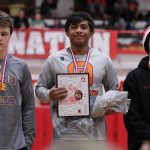