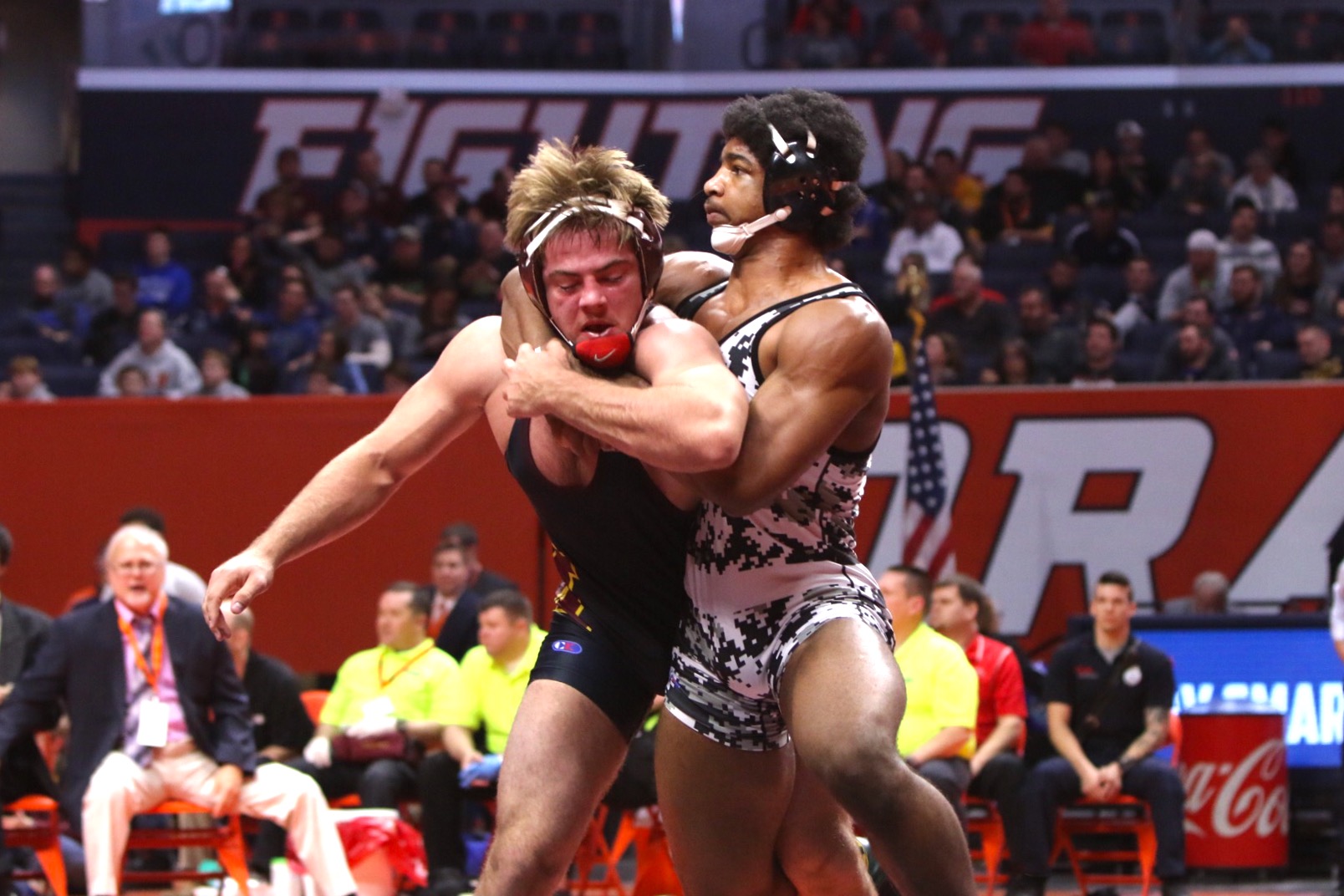 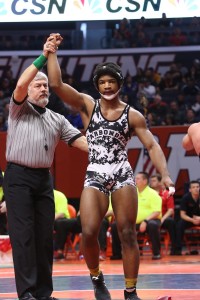 Getting it, though, didn’t hurt.

As the somewhat forgotten wrestler in the Class 2A 182-pound weight class, the Carbondale senior watched throughout the season as stories and discussions appeared on Illinois Matmen about his two biggest competitors – Morris junior Cody Baldridge and Kaneland senior Riley Vanik – but nothing on him.

“That’s one of the things I’ve been thinking about a lot,” Caffey admitted. “After sectionals, I read an article (on Illinois Matmen) where Baldridge said something like, ‘Yeah, I feel like we are the best two in the state, and I plan on seeing him again at state.’ I remember reading that and thinking to myself, ‘The only way you’re seeing him is if you lose in the semis.’ It was definitely motivation for me.”

Motivation he rode all the way to a state title Saturday.

At the IHSA State Tournament in Champaign, Caffey – who overtook his weight’s No. 1-ranking in January – beat Vanik by a 6-3 decision in Friday’s semifinals and then topped Baldridge by a 3-1 decision in Saturday’s finals to capture the 2A 182-pound state championship.

“Honestly, I expected this all season and I never had a doubt in my mind that it wouldn’t be me atop the podium,” said Caffey, with a medal around his neck and bracket board in hand. “(The championship match) was a little closer than I would’ve like, but I feel like even though it was only 3-1 that I dominated the match. I feel like I had him on his heels the whole time. It was a pretty good performance.”

After he finished a then career-best fourth at 170 pounds last year, it was Caffey’s first state title and his third medal in all.

It was also Carbondale’s third-ever state championship, first since 2012 and the first Terrier wrestler other than Zane Richards – currently a redshirt senior at Illinois – to win a state title.

“This is pretty cool,” Caffey said of his title. “It feels great.”

The state championship capped an impressive season – and career – for Caffey, who finished a perfect 41-0.

Ranked No. 3 at his weight early in the season, Caffey moved up to No. 2 and then to No. 1 January, which is when he became the man to beat at the weight even though he never received the same statewide press as his competition.

“I gained the No. 1 spot sometime in January and, after that, I knew I was going to keep it for the rest of the season,” Caffey said. “Initially, I was No. 3 – I’m not sure why – but I moved up to No. 2 and then I knew it was only a matter of time before one of them slipped up and I’d get that No. 1 spot.”

Once he did, he never looked back as Caffey won regional and sectional titles before the IHSA seeded him as the top seed at his weight for the state tournament.

Saturday’s title then vindicated his ranking and validated his expectations as well as made certain everyone was aware of who he was.

Even with the title, Caffey – who’s uncommitted – remained true to his even-keeled self every step of the way as he took everything in stride and rarely showed emotion.

“There was one time I got a little emotional the season and it was because I pinned somebody with a spladle,” Caffey said. “But, other than that one time, I’m pretty even. I try not to get too high or too low.” 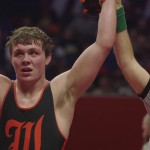 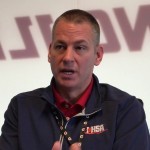