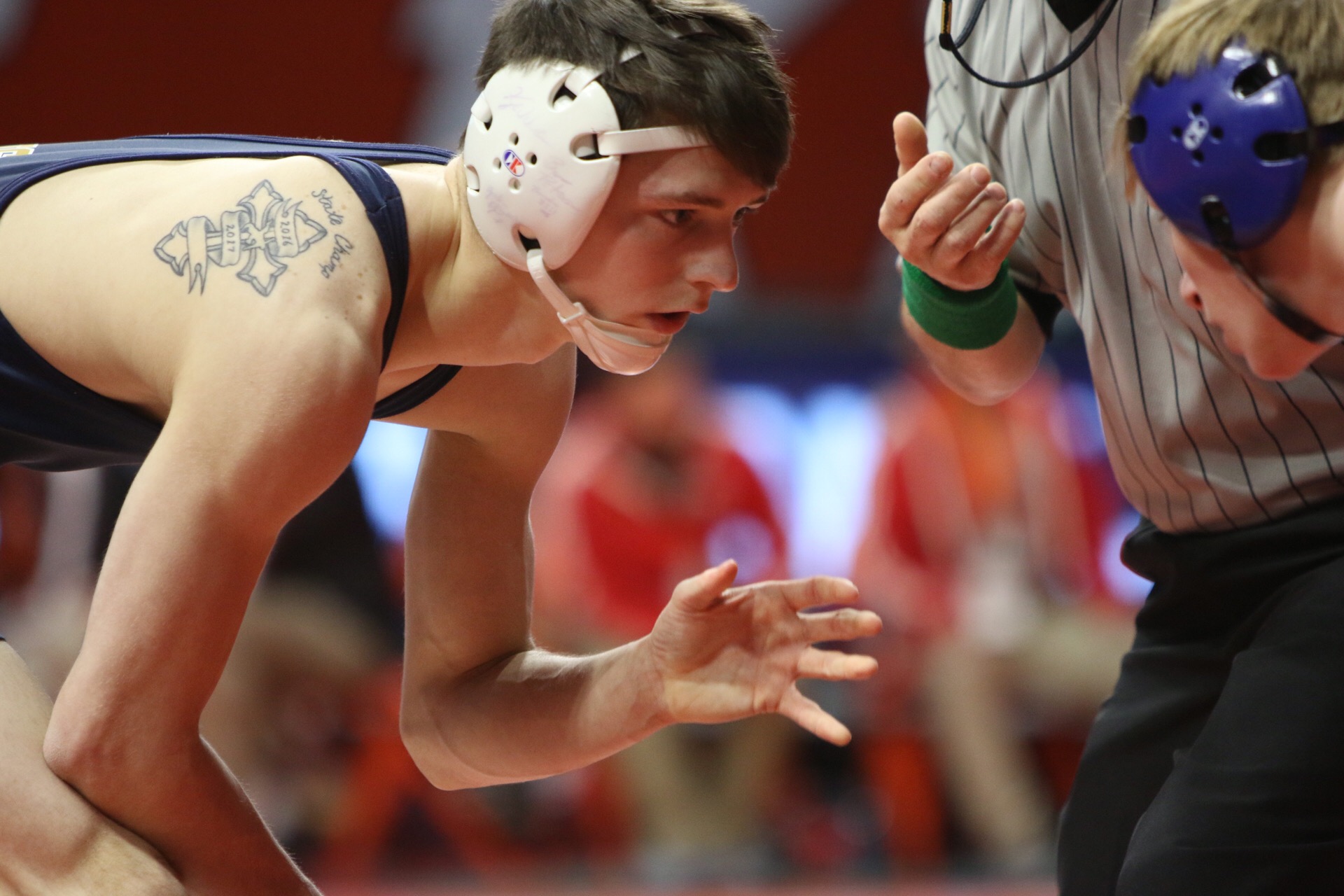 Chase Bittle could never have imagined this.

Growing up as a lifelong wrestler in southern Illinois, Bittle had a good but not great youth wrestling career.

“When I was competing in IKWF, I never really dreamed of being in the IHSA State Finals,” Bittle said. “It was something I wanted to do, but it wasn’t something I thought I could do. Now being here, in my senior year and punching my ticket to my fourth state final, it’s one of those feelings where you know that all of your hard work has paid off.”

My oh my, how far Bittle has come.

After a solid but not spectacular youth wrestling career, Bittle is now a 126-pound senior at Althoff, a returning two-time state champion and advanced to his fourth straight state title match on Friday.

Not a bad career.

“Winning (a state title) my sophomore year was something that I took a lot of pride in,” Bittle said. “Being able to repeat that last year was a really good feeling and this year I plan on doing the same.”

In his high school career, Bittle has become an unstoppable force.

After he was injured in the IWKF postseason his eighth-grade year, Bittle bounced back in a big way at Althoff as he advanced to the state title match as a freshman and is going for his third straight state title on Saturday night.

“I am 100 percent a different wrestler today than I was in previous seasons in my high school career,” said Bittle, who is only a wrestler at Althoff. “Every season, I’ve had different things that I needed to work on more. I’m always tweaking different things and working all summer whether in Fargo or going to other offseason tournaments.”

At this weekend’s IHSA state tournament, Bittle pinned his way into Friday night’s semifinals, where he defeated Hoopeston junior Ezra Elliott by a 4-2 decision.

“I knew he was a good, tough and solid kid,” Bittle said. “I grew up wrestling him a lot. If you win by a pin or by one point, a win is still a win and that’s what I did in my semifinal match.”

With the victory, Bittle – ranked No. 1 in the current GO EARN IT rankings – advances to the 1A 126-pound title match where he’ll face Aurora Christian sophomore Noah Villarreal, who’s ranked No. 2.

“I’ve done a lot and have accomplished a lot in my high school career,” Bittle said. “I’m really proud of what I have done, but I still have just a little more left to do.”

No matter what happens Saturday night, Bittle still has some business left to attend to as Althoff – which could have three individual state champions for a second straight year – is aiming to advance to the IHSA Dual Team State Tournament next weekend in Bloomington.

After the Crusaders lost in last year’s sectional, they won a fourth straight regional team title and are looking to advance to the dual team state tournament for the first time.

“We really want to walk away and end our high school careers with a team state title,” Bittle said. “It’s something we haven’t done and it’s something we really haven’t accomplished.”

The dual team series will be the last chapter in Bittle’s incredible high school career as next year he’ll wrestle in college at Division I North Dakota State.

“I’m definitely excited for college,” Bittle said. “I’ve had a hell of a high school career, but I’m excited to continue past it and achieve more. I want to be the best that I can be, and I looking forward to it.” 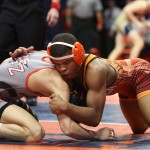 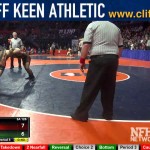