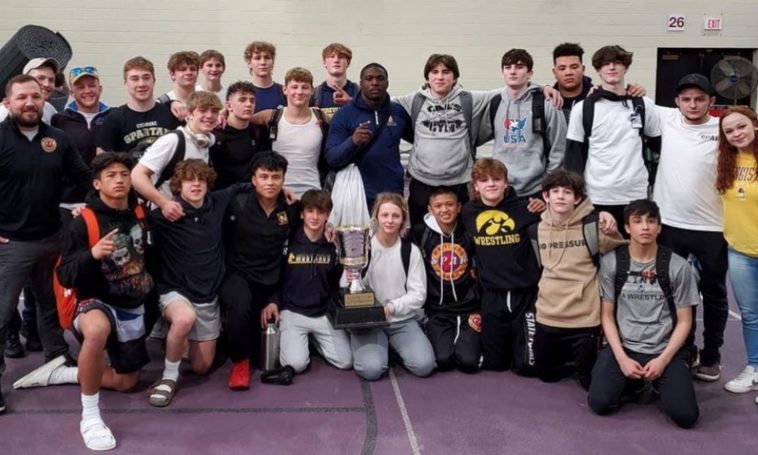 The SPAR Wrestling Club prevailed over a loaded field at the Illinois Freestyle Club Cup held at Downers Grove North this past weekend, a sign of big things to come from them in the international styles this spring.

The club, led by Aurora University head coach Justin Pearch (with assistance from coaches Kegan Calkins and Anthony Rubino) has only been open for two years, but in that short span of time, has emerged as a significant player in the landscape of Illinois club wrestling.

“As soon as we got open, Covid hit, and I had to make the hard choice to shut us down for a while,” said Pearch of the club’s rocky start . “But then ,we got rolling that summer, and things happened fast. Word of mouth pushed twenty kids to thirty kids ,and before you know it we had something like two hundred kids wanting to come work out. That’s when we knew we had something special.”

Led by 3A state champion Ben Davino (4-0 at 126) and 2A state bronze medalist David Mayora (4-0 @ 152) SPAR took out all foes in their path, including a 39-25 triumph over the Lake County contingent of Wisconsin powerhouse Askren Wrestling Academy (AWA) in the final.

Davino ,who won his state title for St. Charles East ,was stellar, outscoring his opponents 40-0 on the day without seeing a second period. 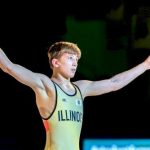