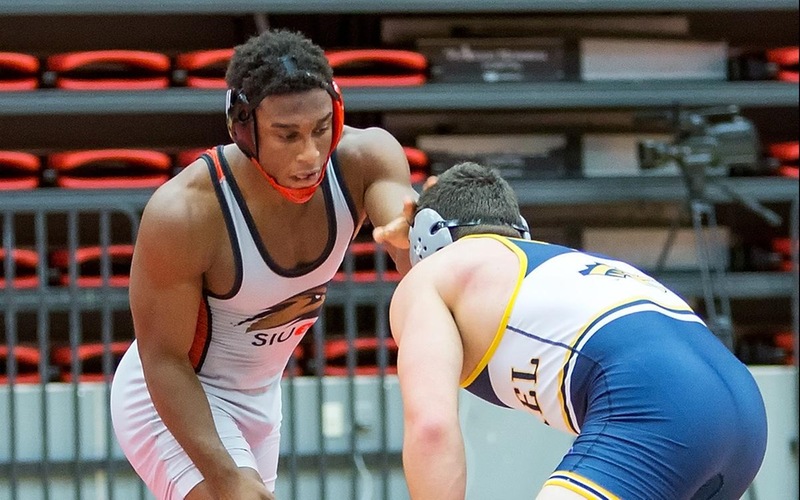 “We’ve been close in a lot of matches, but to come out and get the win was good for the team,” said SIUE Head Coach Jeremy Spates.

Christian Dulaney provided the final victory for the Cougars, picking up a key third-period takedown in his 197-pound triumph over Anthony Perrine. Dulaney was behind 4-3 after one period but used takedowns in each period to defeat Perrine.

“They (Gardner-Webb) are in a similar situation of being banged up a bit,” said Spates. “They did a good job of battling and wrestling hard so I was glad we did the same thing.”

John Muldoon earned a key victory early in the dual, which improved the Cougars to 4-11 overall. Muldoon dispatched Philip Anderson 10-4 ar 133 pounds. That helped the Cougars race out to a 15-0 lead.

“John wrestled well and put up a lot of points,” said Spates. “He was close to getting a major decision.”

Nate Higgins, the SoCon Wrestler of the week, ran his winning streak to six matches with a 6-4 win over Brett Stein at 165 pounds.

“Nate got taken down early so he had some adversity but battled through it,” added Spates.

Dulaney’s win left it up to Tommy Helton at 285 pounds. He was edged y Gardmer-Webb’s Lathan Bumgarner 4-3. 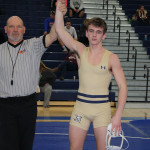