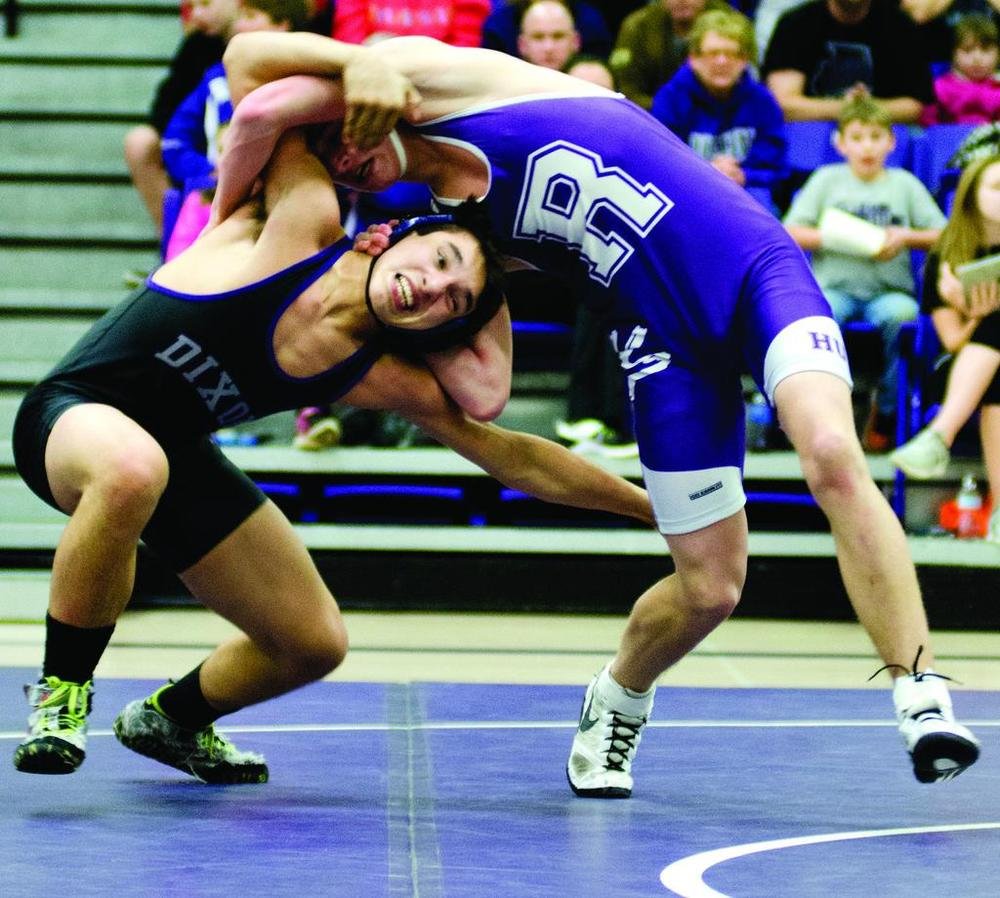 Following the completion of that day’s Class 2A Peoria Notre Dame Regional, Bishop gathered his team into a back room and delivered a message after his squad lost out on the program’s first regional title.

“We were leading going into the last round, but we ended up losing out and Sterling won,” Bishop recalls. “We kind of fell apart in the last round. We went into the back room and I told the guys, ‘Remember this moment. Remember this feeling because we’re going to use it as fuel next year.’”

That’s exactly what the Dukes did.

Four years removed from a one-win dual season, Dixon used the regional heartbreak as motivation as last winter the team won the first regional in program history, advanced to its first dual team state tournament and finished third in Class 2A to bring home its first wrestling state trophy.

“Last year, I don’t think anybody expected us to go down to team state,” Dixon 195-pound junior Finn Brandon said. “I think if you would’ve told me at the beginning of the year that we’d make it there, I probably would’ve called you crazy.”

However, over the last 2 ½ seasons, Dixon has gone from just another Class 2A team to one of the best.

Following last year’s third-place finish, the team is just as strong this season as it’s ranked No. 6 in the current GO EARN IT Wrestling Apparel rankings.

“The big thing is the kids are buying in,” Bishop said. “Our mantra for last year was, ‘Do Your Job,’ and everybody had a role to play. We had guys who we expected to get pins out of and we had guys whose job was just to not get pinned. Everybody had common goals and we also had more guys go out. At one point, we couldn’t fill out a lineup, but now we can fill a lineup and guys are competitive again.”

It’s a long way from where the Dukes were when Bishop – a former state finalist at Dixon – took over the program in 2010.

Following back-to-back losing dual win seasons, the program went 1-19 in duals in 2012-13 and followed it up with a six-win dual season.

However, in 2014-15, things began to turn around and the follow season Dixon led the 2A PND Regional heading into the final round.

“It took a lot of time and effort from a lot people to help get things going in the right direction,” Bishop said. “We got our youth club going again and got our junior high team in line and then the high school. We’ve been able to do a real nice job the last few years with that formula.”

Still, even with things headed in the right direction, not many thought Dixon would achieve the success it did last season.

The Dukes were ranked in the 2A Matmen poll but not highly. However, slowly throughout the season, Dixon steadily crept up the rankings until it became one of the best.

“We wrestled and beat La Salle-Peru (who was ranked No. 3 at the time) toward the end of last season and our kids were like, ‘Wait a minute. These guys are supposed to be ranked ahead of us,’” Bishop said. “I told them, ‘If you go out and do what you’re supposed to do, who knows where we’ll end up.’ That was probably the moment where everyone was like, ‘OK, yeah, we can do this.’”

A few weeks later, Dixon captured a regional title, advanced out of the dual team sectional and made history by advancing all the way to state semifinals before losing and settling for third.

“Last year, one of the first things we did was get into a room, put a posterboard up and start talking about goals, and one of the major goals was ‘Win a regional,’” Bishop said. “We thought there was a pretty good possibility that we could do that, so we just kept working toward it. Once we achieved it, it just opened the door. Things laid out correctly for us and we just took advantage. Momentum was behind us, the kids were wrestling well and we were sitting in a decent spot.”

The Dukes did graduate some talent last season but have kept up the success so far this winter.

“We graduated some of our top wrestlers from last year who were our leaders, so I thought maybe we’d take a half-step back this year and next year we’d be up there again or go past that,” Bishop said. “Well, we still have a lot of guys who were part of the ride last year, and now they’re taking the new guys along with them and saying, ‘Hey, this is what we have to do. This is what we can accomplish.’

“We’re probably overachieving where I thought we’d be at the start of the season.”

It just another step in Dixon’s rise to one of Class 2A’s top teams.

“I feel like the coaches are what push everyone to do better,” Dixon 160-pound sophomore Sebastian Quintana said. “I don’t think anyone would be as successful as we have been without our coaches.” 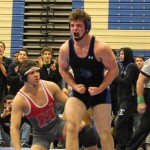