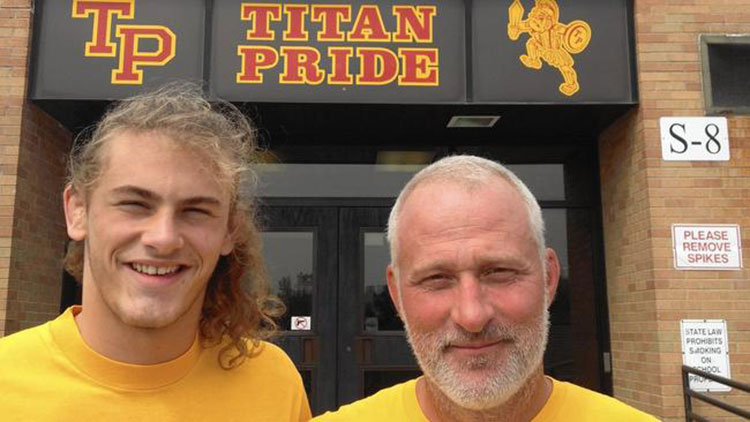 As a kid, Eric Schultz followed his father into the sport of wrestling.

However, during the middle of his wrestling career, his father, also named Eric, made an unexpected request to his son.

“In middle school, I was really bad and I didn’t really like it at all, so he tried to get me to stop,” Schultz. said. “But it just clicked in high school.”

All the way to four state tournaments.

Now a senior on the Tinley Park wrestling team, Schultz luckily didn’t follow his father’s advice and stuck with the sport and, on Saturday at the IHSA State Tournament, it paid off as the Titan wrestler won the Class 2A 195-pound weight class to capture his first-career state title.

“That was the goal from the beginning of the year, so am I just happy that I accomplished it,” Schultz said of his title. “And I won by more points than my dad said, so that’s even better.”

The championship was a bit of vindication for Schultz, who finished second at 195 pounds last year and second at 170 pounds in 2014.

“(Winning a state title) was the goal when I came here, so I just had to expect it was going to happen,” Schultz said. “I couldn’t fall short this year.”

“I thought about it every time I woke up and every time I went to bed,” Schultz, who is committed to wrestle in college at Nebraska, said of his undefeated season. “I also had a lot of support from my family, and I have some great coaches at Tinley and club coaches.”

At the state tournament, Schultz wrestled like a man on a mission.

After the four-time state medalist picked up pin-fall victories in his first two matches, he scored a 22-7 technical fall in the semifinals to advance to the title match against Triad senior John McKinney.

With the title on the line, Schultz dominated his last prep match.

He built a 6-2 lead after the first period and took a 10-4 advantage after the second period before he really poured it on in the third period.

In the final two minutes, Schultz continually took down McKinney, let McKinney free and did it again and again en route to the 24-9 tech fall at 5:54.

“I was trying to (make a statement),” Schultz admitted. “I don’t know what else I could’ve done.”

With his championship, Schultz became the just the fourth Titan wrestler to win a state title and the first in nearly three decades.

“I’ve thought about winning a state title since I was a kid,” Schultz said. “Now that I’ve done it it’s amazing.”

The championship also showed that he made the right decision in sticking with the sport despite his early struggles.

It also only furthered cemented his close yet spirited relationship with his father.

“We compete in anything possible,” Schultz said. “We’re just competitive, even if it’s just who can get up the stairs faster. You name it and we compete over it.”

For state titles, now the two are equals. 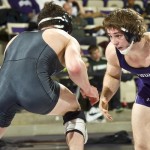 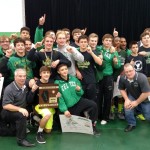