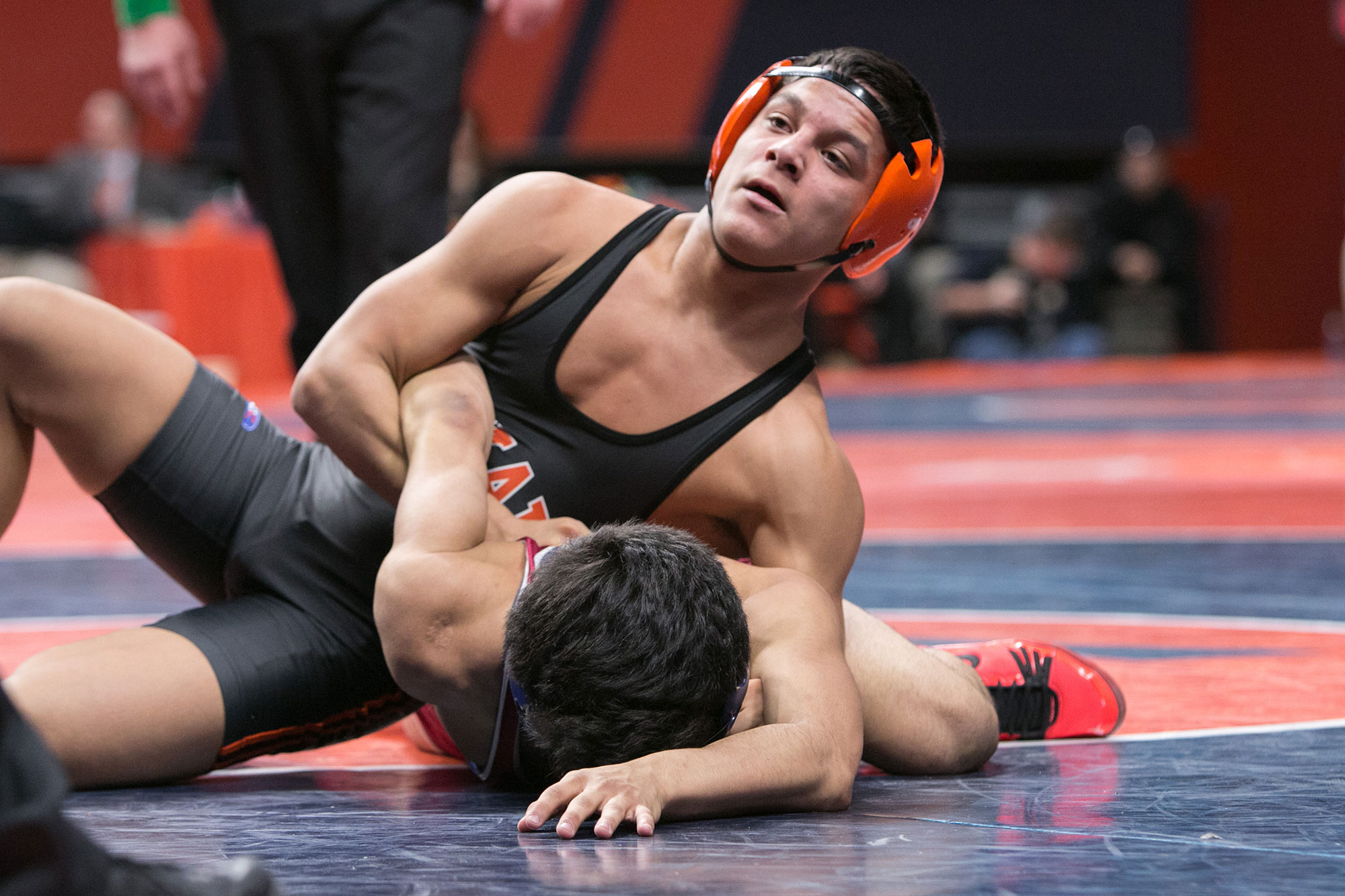 When Fabian Lopez stepped foot into the DeKalb wrestling room at the beginning of the season, the 120-pound freshman had a question.

One of those things changed Friday, the other could come Saturday.

Nearly three months after Lopez first asked the question, the freshman star checked off one of the boxes at the IHSA State Tournament in Champaign as he defeated Marist sophomore Jacob Dado by a 9-4 decision in Friday night’s semifinals to make DeKalb history.

“I didn’t know what kind of season to expect,” said Lopez, an IKWF state champion last year. “Going from eighth grade to freshman year, it’s a big jump and I didn’t know how I’d react to that. The expectations were high, and I’m slowly starting to exceed them.”

“We had high expectations for Fabian coming into this season,” said Hiatt, a four-time state medalist and a state champion at DeKalb. “We kept trying to tell him how good he was. We wrestle a tough schedule and he had five losses earlier in the year, but he just kept battling through it, kept getting better and better and is wrestling awesome right now. It’s great to see.” 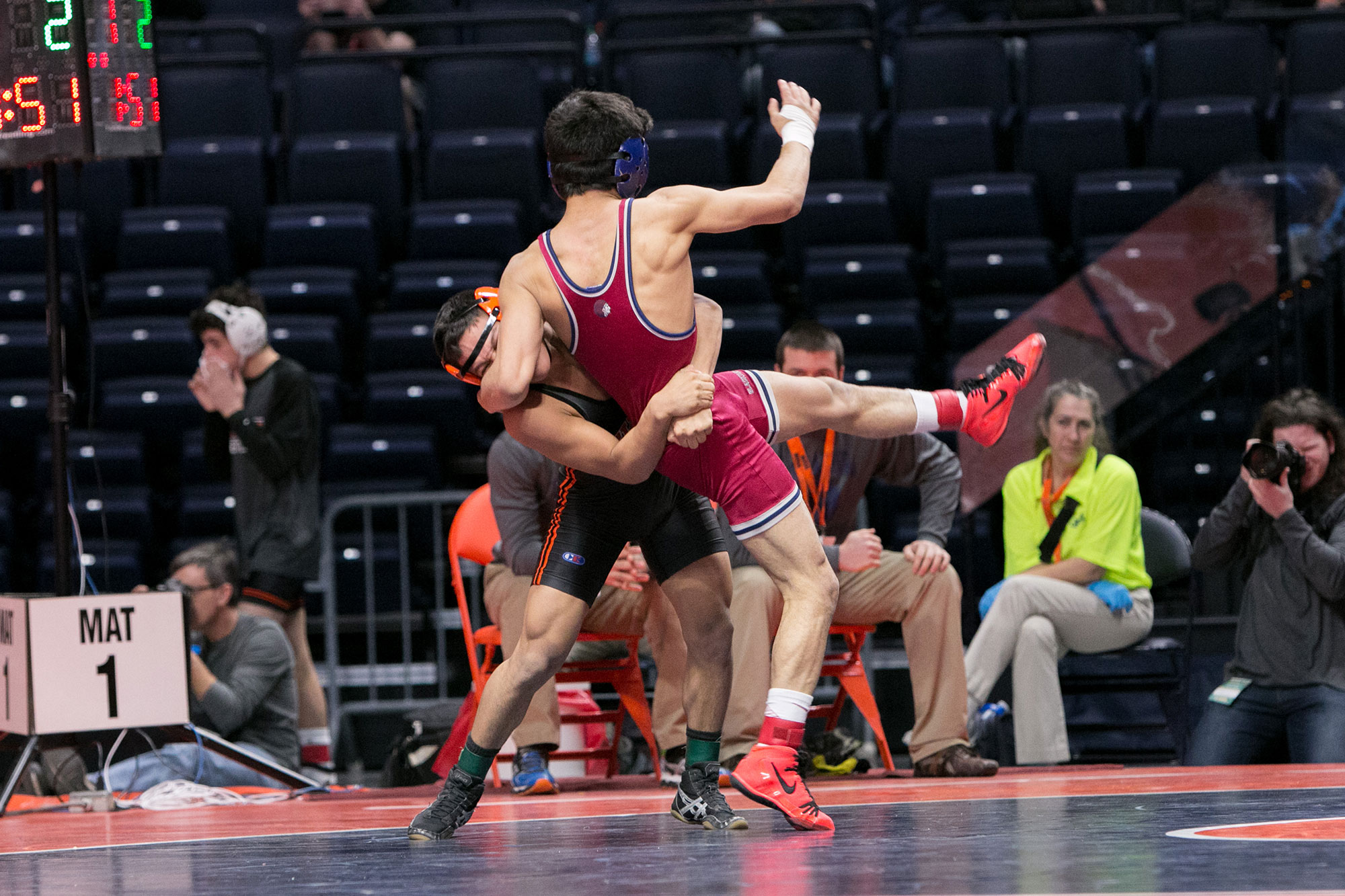 The state finals appearance is the culmination of a season’s worth of work and development.

After Lopez missed most of the summer offseason with a dislocated elbow, he entered the season healthy and ready to work.

He suffered five losses throughout the season – all coming to highly-ranked opponents and the last coming in early January – but throughout he improved and began to impress.

At the Northern Illinois Big 12 Conference Tournament on Jan. 21, Lopez avenged an earlier loss to Kaneland senior Austin Kedzie to win a conference title and shared the honor of Most Outstanding Wrestler at the lower weights.

Two weeks later, he won his first regional title and last week he claimed his first sectional championship as he rose to No. 4 in the current Illinois Matmen GO EARN IT Wrestling Apparel rankings.

Then he really made noise by advancing to the 3A 120-pound state title match Friday.

“After he finished fifth at the Hinsdale Central tournament (on Dec. 17), people probably didn’t expect that he’d be in the state final at that moment, but he just keeps getting better,” Hiatt said. 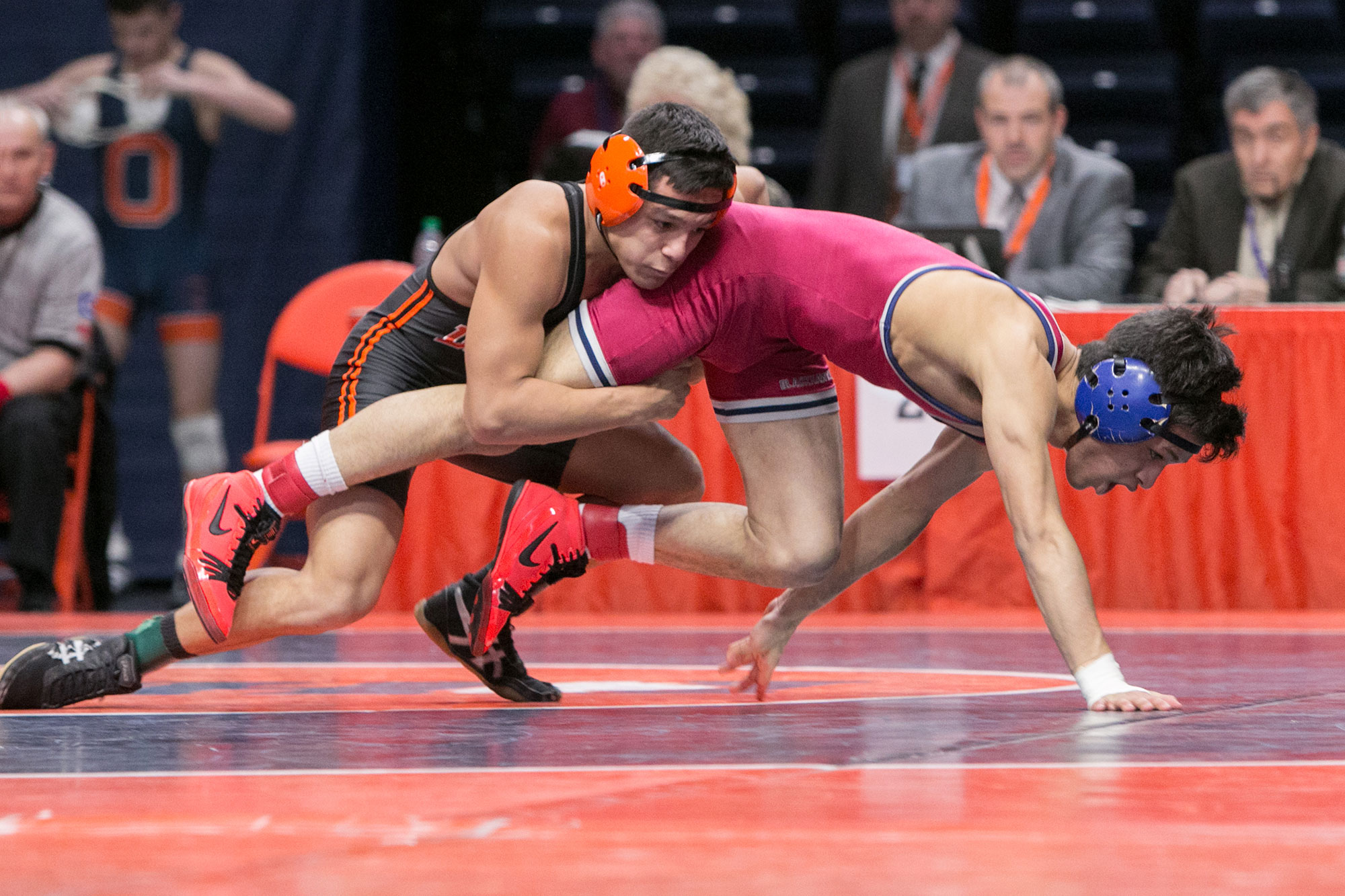 Along the way, he’s also taken a lot of people by surprise, many of whom have unexpectedly asked, “Who is this kid?”

One last win on Saturday night would cap his standout freshman season, but his biggest challenge yet awaits as in the 3A 120-pound state title match he will face undefeated Plainfield East senior Michael McGee, who’s ranked No. 1 at the weight, already a two-time state medalist and a 2015 state champion.

“Oh my, winning a state title would be absolutely amazing,” Lopez said. “As a kid, you think of wrestling in the IHSA State Tournament. This is where everyone wants to be, so if I could achieve my goal as an IHSA state champion, that’d be amazing.”

Given how far he’s come and what Lopez has accomplished this season, anything is possible.

“I don’t really get surprised anymore by anything he does,” Hiatt said. “At the conference tournament, he avenged his last loss against Austin Kedzie, who was a state finalist last year. Ever since then, we haven’t been surprised by anything he’s done out on the mat.” 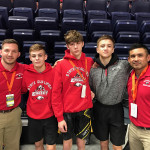