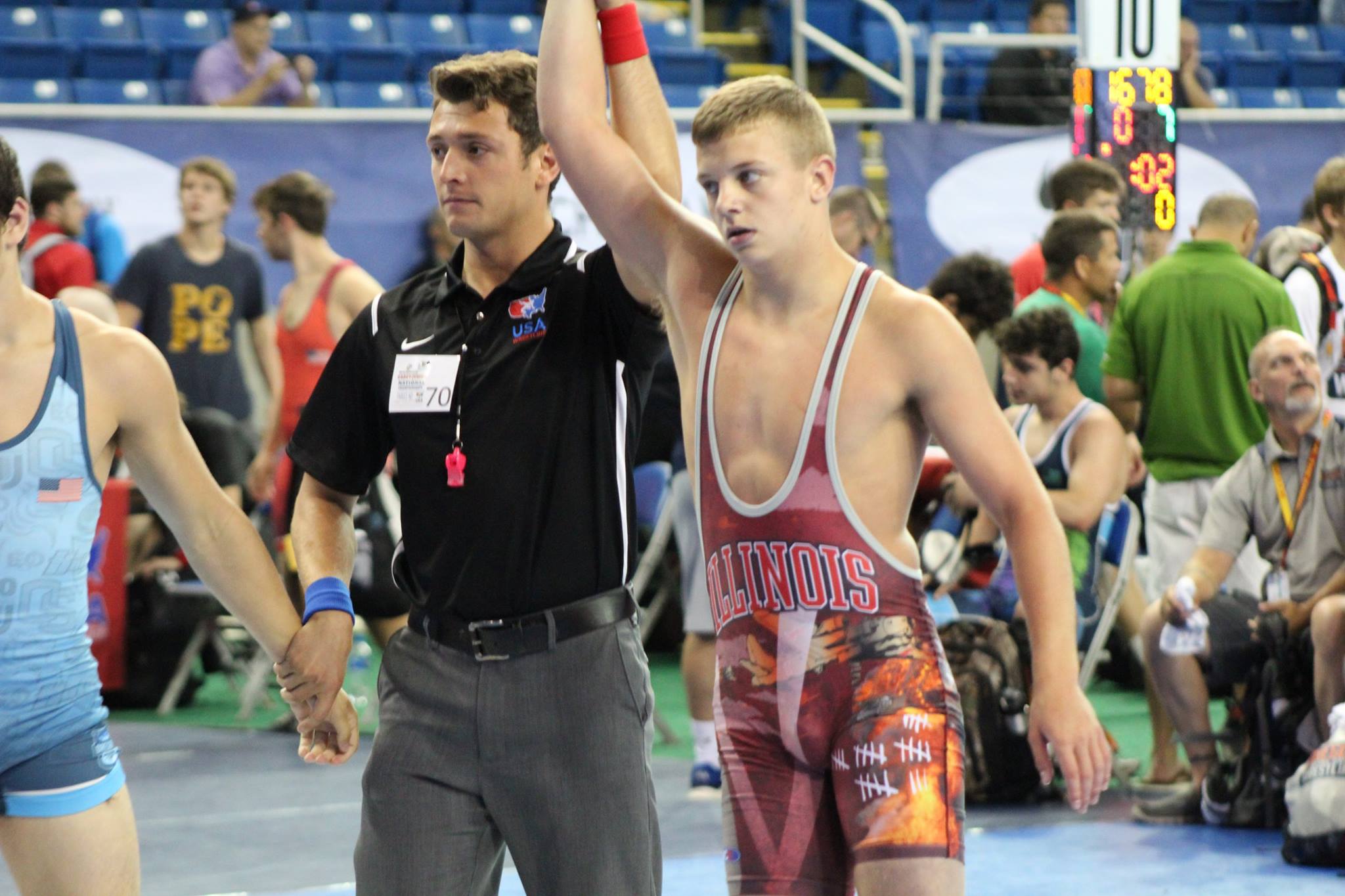 John Paul Smith has faced plenty of adversity throughout his wrestling career.

On the mat or off the mat, one thing sticks out as his toughest opponent: His health.

In his first two seasons of high school wrestling, the 145-pound Wheeling junior missed 1 ½ months of his freshman season with mononucleosis, while he missed nearly three-fourths of his sophomore season with a torn quadricep.

For all he’s encountered on the mat, being sidelined not once but twice was the hardest thing he’s faced.

“It was so frustrating, and it was really hard to get over it mentally,” Smith said of his illness and injury. “It was harder than any opponent I’ve faced on the mat.”

This year, however, Smith has defeated his injured past and is now busy defeating opponents.

Fully healthy for the first time in his high school career, Smith is having a breakout season and has become one of Class 3A’s best 145-pound wrestlers.

Last weekend he showed that.

Facing top-notch competition, Smith went 4-0 with a major decision and three pin falls, including a pin over 3A No. 2 Kendall Coleman from Mt. Carmel.

After two seasons of heartbreak, it was an impressive and fulfilling showing.

For all he accomplished last week, Smith has been voted as this week’s GO EARN IT Wrestler of the Week.

“This is really the first year where he’s been healthy and fully able to compete,” Wheeling coach Charlie Curran said. “I think it’s benefitted him to have a full high school season and having a lot of matches earlier in the season. His growth on the mat has been pretty large.”

The win over Coleman proved that as it was his first victory over a big-time opponent and sent his confidence skyrocketing.

“The win over Coleman really showed me that I can compete with and beat anyone,” Smith said. “I knew I would have a close match against him, but I wasn’t expecting a fall. It was just a great moment.”

One of hopefully many great moments to come this season.

As Wheeling heads into its upcoming conference tournament, Smith is shooting for big things as he’s aiming to qualify for state and earn his first state medal.

“JP has no ceiling this year,” Curran said. “The sky really is the limit. He can be in the top 6, but I know he wants more and to finish in the best place possible. If he gets to state, it’s all eyes on the big prize.”

Something Smith and his family know all about.

As one of five sibling, Smith has three older brothers who combined to win one state title and five state medals.

“We for sure have a very competitive family and it really pushes me to be successful,” Smith said. “It also comes with some pressure to know that my older brothers were all pretty good wrestlers, but I’ve learned a lot from watching all of them.”

Smith already prevailed once this season by winning the GO EARN IT Wrestler of the Week award. He said he voted for himself once but didn’t campaign friends and family to vote for him.

Instead, others rallied for him including Curran who nominated him for the honor.

“My friends and teammates were the ones who really spread the word,” Smith said. “I actually only asked one person to vote for me. To me, I don’t really like to do stuff like that, but it was really nice to see that people took time out of their day to support me.”

Smith has some unfinished business this season as he’s hoping to continue an injury-free, healthy season over the final month, make a run in the postseason and compete in his first state tournament.

“JP really has no limit this season,” Curran said. “He believes in himself like how you coach all the kids to believe in themselves. He comes from a family of wrestlers, so it’s just something that has been engrained in him. The Smith family is leaders and winners, and JP is no different.”