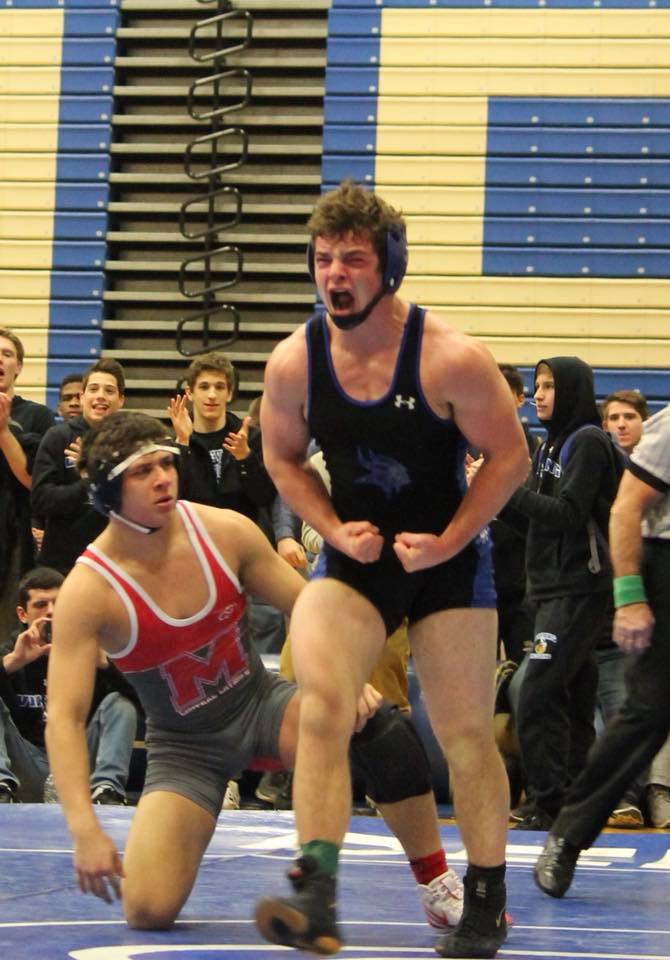 Instead he searches it out.

On many occasions this season, the Geneva 160-pound senior has wrestled in multiple weight classes in order to face the best possible opponents.

“We’re a really young, rebuilding team, so we don’t necessarily have the toughest schedule,” Donatelli said, “so wherever I can get a tough match I’m going there – whether that be going up a weight class or staying at 160. I see it as a chance to get better. I would rather go up two weight classes and wrestle an honorable-mention kid or a 10th-ranked wrestler than a backup.”

He’s not scared of anyone.

“About halfway through the season, we had a conversation and he said, ‘Wherever I can get a tough match I’m taking it,’” Geneva coach Tom Chernich said. “He’s done exactly that and has been really successful, and right now his confidence is sky high.”

At Saturday’s 39th Annual Jim Newbill Tournament at Geneva, Donatelli picked the road with the most resistance as he stayed in a deep 160-pound weight class.

Despite the loaded field, Donatelli found a way to come out on top as in the quarterfinals he beat 2A honorable mention Dom Murphy of Brother Rice and, in the championship match, he defeated Class 2A No. 1 Luke Silva of Marian Catholic.

It was yet another impressive showing in Donatelli’s impressive season and, for all he accomplished last week, Donatelli was voted as this week’s GO EARN IT Wrestler of the Week.

“Being able to win that tournament was insane for my confidence,” said Donatelli, who has a 25-1 record this season. “It just showed me that I can compete with the top-ranked kids in the state and it reinforced what I’m doing is right. All the extra weightlifting and practices are pushing me toward my ultimate goal.”

His success this winter, however, hasn’t come easy.

After Donatelli wrestled at 138 pounds last season, he dedicated himself to the weight room – he worked out twice a day six days a week – and bulked all the way up to 160 pounds.

“His focus for about nine months was to become a better wrestler,” Chernich said. “Wrestling-wise, he’s about the same. Yes, he made some small adjustments, but he’s a 138-pound wrestler now wrestling at 160 and has the strength of a 182-pound kid. That’s where he’s really improved the most. He’s just too powerful for a lot of high school kids.”

Donatelli is hoping the work pays off in the postseason and that he can avoid repeating last year’s disappointment.

As a junior, Donatelli was eliminated one win away from the state tournament. The defeat stuck with him for the entire offseason, but instead of letting it eat at him he used it as motivation.

“The day after last year’s sectional loss, I was back in the weight room at 6 a.m., grinding away because I never wanted to have that feeling again,” Donatelli said. “All of my years of wrestling have accumulated to this season, and being able to breakthrough to state would be amazing.”

Just like how Donatelli broke through and won this week’s GO EARN IT Wrestler of the Week award.

Once he found out he was one of the seven finalists, Donatelli, his family and the Geneva wrestling community spread the word. His friends even borrowed classmates’ phones to vote for him.

“I got to school on Monday and everyone had already found out that I was up for the award,” Donatelli said. “I was kind of amazed. I even had teachers come up to me and say, ‘I voted for you.’ Coach actually campaigned for me. He went from lunch period to lunch period getting kids to vote for me. It was pretty wild because nothing like that has ever happened to me.”

Turns out, Donatelli had as much fun with the poll as he has with this season.

“I haven’t decided whether or not I’m wrestling in college, so this could be my last season ever stepping on the mat or facing certain teams,” Donatelli said. “Because of that, I just wanted to go out and have fun this season, and I don’t think I’ve ever had a more fun wrestling season in my life. Being able to do what I love – and possibly for the last time – has made this season spectacular so far.” 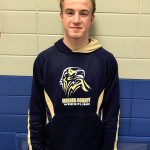 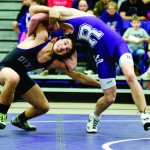