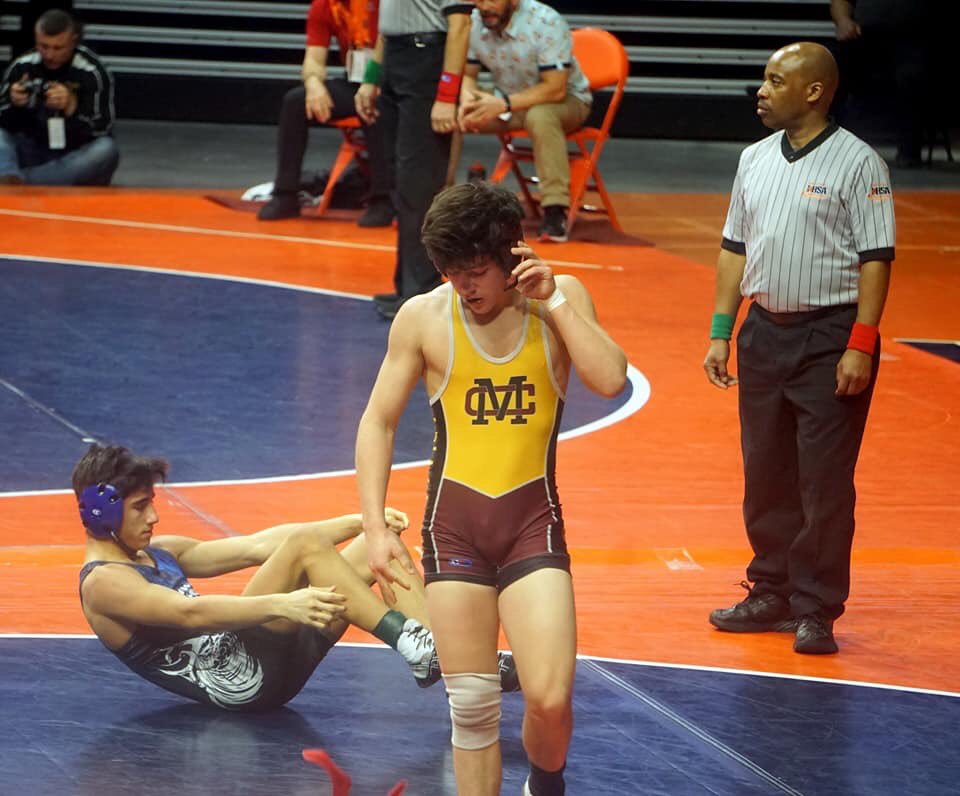 Entering the Dvorak Invitational two weeks ago as the No. 3 seed at his weight, the Montini 132-pound senior was unfazed that he wasn’t a top seed.

“Every tournament that I’m in, I don’t worry about the seeds,” Burnoski said. “I just go out and wrestle every match like I’m in the finals. I had no pressure.”

In one of the state’s toughest tournaments held Dec. 22-23 at Harlem High School, the recent Clarion University (PA) recruit defeated the No. 2 seed in the semifinals and then earned a 14-5 major decision against previously undefeated and No. 1 seed Danny Pucino from Libertyville in the title match to claim the championship.

“It meant a lot to me,” Burnoski said. “I feel like I really showed myself and showed other people what I’m capable of.”

The title, however, was just the start as his performance earned him a nomination in this week’s GO EARN IT Wrestler of the Week. One of seven finalists, Burnoski won this week’s poll, which had 1,902 votes.

“Dylan has really come into his own during his senior season and we’ve really seen a different hunger inside of him,” Montini coach Israel Martinez said. “You can really start to see the motivation in him. He’s really motivated, really hungry and is aggressive. He’s really making the best out of his senior year.”

Burnoski’s Dvorak title – in which he also had three pin-fall victories in less than 30 seconds – was just another highlight to his stand out career and stellar season.

Currently 22-3 with two out-of-state losses and ranked in the top three in the current Illinois Matmen Class 3A 132-pound rankings, the three-time state qualifier and a two-time state place winner is looking to capture the one thing that has eluded him – a state title.

“It’s always the goal to be on top, and when you place almost every year, it’s like, ‘Yeah, I did well, but I could do more,’” said Burnoski, who transferred to Montini for his junior season. “Basically, my thought every single time I come out of state, I’m always thinking, ‘I want more. I want more’ so this is the year that I want to come out on top.”

While he hasn’t had any individual state titles, Burnoski helped the Broncos capture the Class 3A dual team state title last season.

“He understands exactly where he is at all times and usually comes out on top,” Martinez said. “If he gets into scrambles or you go around him, you’re going to be surprised how smart and savvy he is.”

Burnoski – who’s presently in California competing with the rest of Montini – won the largest GO EARN IT Wrestler of the Week field ever as he bested six other wrestlers who all compiled strong resumes over the last two weeks.

Burnoski had no idea he was even nominated until a friend’s parent tagged him on Facebook. From there, it just took off.

“I was like, ‘Wow, that’s pretty cool,’ Burnoski said. “Everyone was sharing it off his post and it just blew up and I was getting tagged everywhere. Other people really pushed for me and I really only posted about it on SnapChat.”

Burnoski won with 522 votes – or 27 percent of the vote. Thing is, he didn’t know how it went or what to expect after he won as he admitted he had never done an interview.

Turns out, just like on the mat, he came out shining.

“Everyone’s goal is always a state championship, and Dylan has been working extremely hard to get there this year,” Martinez said. “He’s really focused and motivated. The goal is to win the state tournament, for sure.” 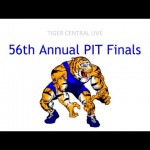