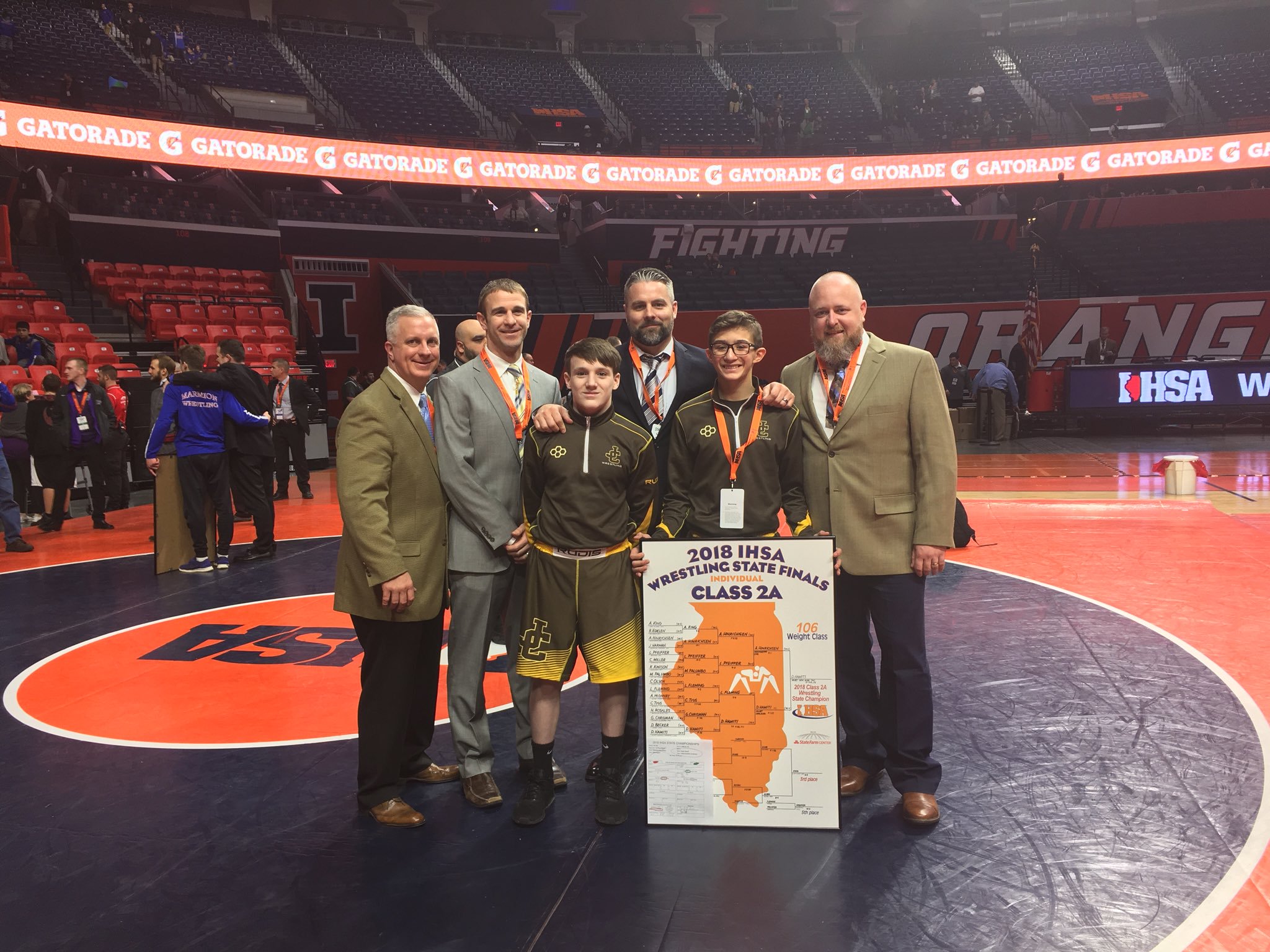 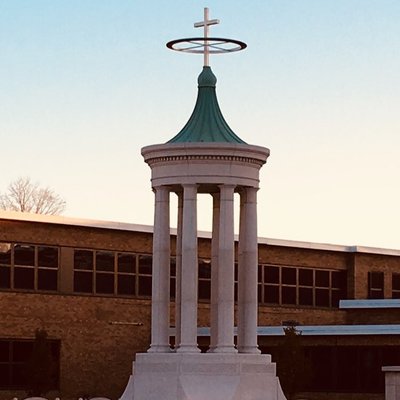 It’s hard to fathom that it was over 50 years ago when heavyweight Pat Mudron lifted a state championship trophy near the end of the 1966-1967 wrestling season.

For Joilet Catholic Academy fans, it likely had felt like another life ago.

The Hamiti crown is important in so many ways for a program which was in full rebuild mode when Cumbee took over.

Now, with the likes of its cornerstone stars Hamiti, and teammate, Jack Finnegan firmly in place, the quicksand the Hilltoppers were caught in for so long has now become a solid foundation set in place for future growth.

“The message conveyed (here) was the same one that was given when I took over at Marmion Academy,” says Cumbee, who was in charge of the Cadets program from 2012-2015 – guiding (20) into the state tournament, with five earning state titles.

“What I told both teams was (it) wasn’t about wins and losses, it was (instead) becoming a terrific student-athlete while in high school.”

“The guys know that (here) at JCA, it’s about: Spirituality, Family, Academics and Athletics.”

“Succeed in that, and the rest will take care of itself.”

Hamiti and Finnegan did just that last season, combining to go a dazzling 77-13, and continuing right on through into this year.

Both captured individual titles at the 59th Mudge-McMorrow Invite recently in advance of the Hilltoppers appearance at the Marmion mega-duals this Saturday.

“DJ and Jack are a couple of great kids, it was something I recognized from the very first time I met both of them,” admits Cumbee.

“It’s very unusual to have two sophomores as your co-captains, but their ability to lead by example (both) in and out of the room, and take pride in being “the lead guys in this growing program made them the easy choice to fill that role for us.”

“I’ve known coach Cumbee for awhile, so when he came to JCA, I knew he was the perfect person to make this program one that we can all be proud of,” said Hamiti, currently the No. 1 rated 126-pounder according to IllinoisMatmen’s Go Earn It Wrestling Apparel poll.

“Coach (Cumbee) and our coaching staff bring an intensity into the room that we all need, while providing so much technical and tactical knowledge needed to succeed.”

Finnegan, fifth last season at state, and third in the state polls at 120-pounds, echoed the statements of his teammate, while adding the following:

“Having pride in the program and respecting each other is important here, with the message always that academics are the vehicle to bigger and better things in the future for all of us.” 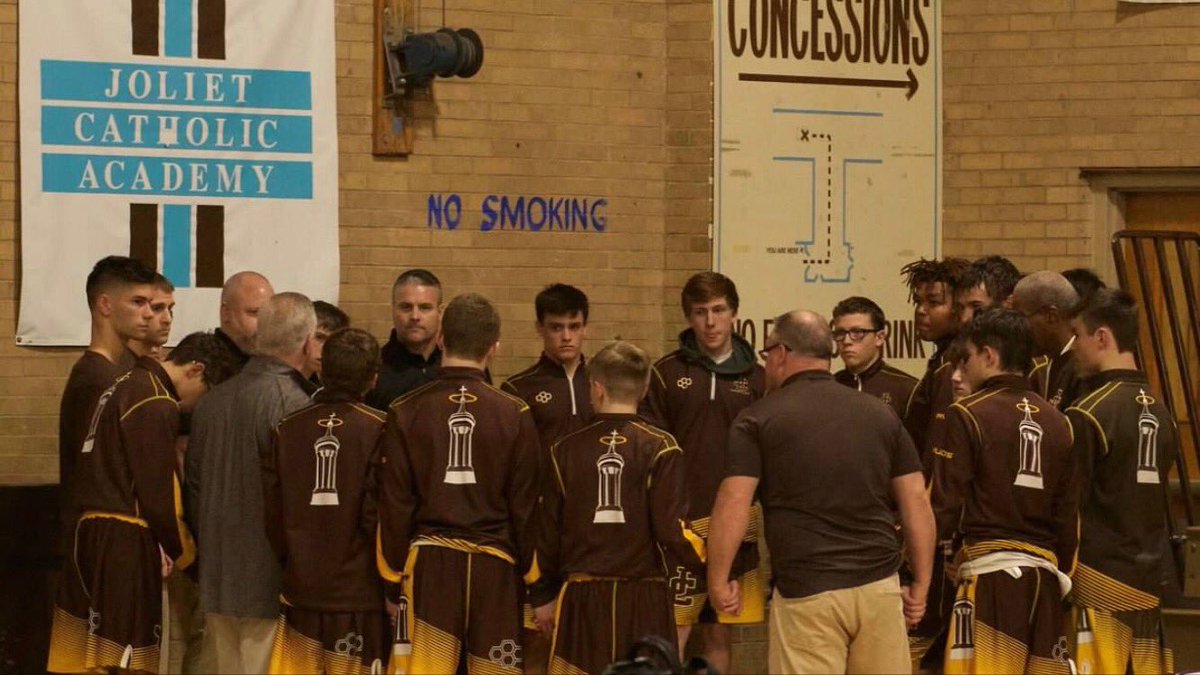 A quick glance at the resume of Cumbee suggests he’s a man who will not promise things he cannot deliver on.

Cumbee went 46-0 during his senior year at Providence Catholic under head coach, Keith Healy, before going on to star at Northwestern University.

Afterwards, he would serve as an assistant to Healy, before moving over to Marmion Academy.

“My final year at Marmion, we had five kids commit to: Air Forece, Duke, Harvard, Princeton and Stanford – those young men made important decisions on their futures, and just as I held my teams at Marmion accountable, the same will be asked of our guys here at JCA,” said Cumbee.

Cumbee, who along with the aforementioned McLaughlin are co-founders of the Celtic Elite Wrestling Club in New Lenox, says the potential for growth and success at his new digs is all right there in the hallways of JCA.

“The success and tradition in sports (here) such as: football, baseball and girls volleyball makes JCA the perfect place to be at because there’s so much talent walking through our doors everyday,” suggests Cumbee.

“(That) and the support of the administration, beginning with our President/Principal, Dr. Jeffrey Budz, along with the wrestling community makes this the perfect place to be for me, and my top-flight coaching staff.”

“All of us are committed to bringing JCA wrestling back to life, and with each of us financially doing well enough to do so – we all currently volunteer our services,” says Cumbee.

“We all want to be successful – and we all want to make it the ambition of this program to do so, but it takes time,” admits Cumbee.

During those glory years at Marmion Academy, the East Suburban Catholic Conference (ESCC) continued to be dominated by Marist, who during the conference tournament overwhelmed the field.

The Hilltoppers would finish nearly 200 points behind Marist in three of their championships years, at the bottom of the ESCC table, never scoring more than 52 overall points (2014).

Last season, when Marian Central Catholic finally broke the eight-year stranglehold of Marist, Cumbee’s lads still could be found in last place with 43 points – many of which earned by Hamiti and Finnegan.

“Everyone here wants to be successful, you want to be at or near the top – but it’s a process and that process takes some time,” says Cumbee.

One move Cumbee feels will help his club take a giant step forward is an improved schedule, and a successful petition to the IHSA to move the Hilltoppers into the 2A class from 1A.

“We have a lot of respect for 1A teams, but for me, I know we’re capable of competing at 2A – so for us to be in that class will give us the push we need to get better and be ready for those final weeks of the season.”

Hamiti and Finnegan see it the same way.

“We work hard in the offseason to get better, whether at Freestyle, Greco, lifting, conditioning – we do all of that in order to be able to compete at the highest level, and that’s why it’s important to have a tough schedule and to be a class 2A team,” said Hamiti, who would have wrestled at Minooka.

“Our coaches are running a first class program, and (Cumbee) is so good about keeping us in front of others through twitter and social media, so it’s cool to be a part of something that will turn into really great things.”

“I fell in love with the school on my visit, and with coach Cumbee and our staff, and although we have a really young team, I know if we all work hard, we’ll be part of a group that puts JCA wrestling back on the map,” said Finnegan.

Part of the ‘marketing’ effort Cumbee has unveiled is to make dual-meet nights special events when hosting.

When the Hilltoppers welcomed Morris High School on Wednesday, December 12, Cumbee encouraged the student body to attend, including its state 5A football championship team to be a part of this special night.

“It was an exciting atmosphere that night, and one that we hope to have more of,” said Cumbee.

“We want to be one of the teams here that everyone will support and be proud of, and we feel we’re headed in the right direction.” 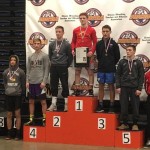 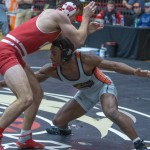