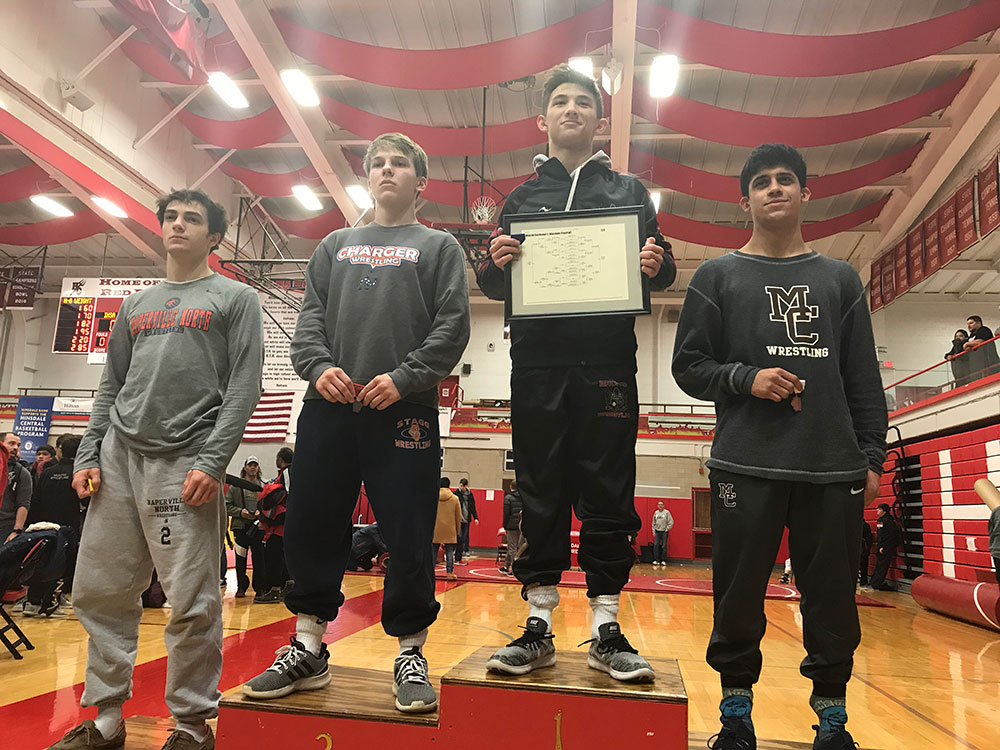 Joey Melendez has won two state titles and is ranked No. 3 nationally by Intermat at 120 pounds, so he’s used to pressure situations.

But the Montini senior isn’t immune to the jitters.

Zaccone got a takedown with 35 seconds left to lead 3-1. But Melendez wriggled out for an escape with 12 seconds remaining and then scored a takedown at the buzzer for an epic 4-3 victory.

Melendez’s mindset as the clock was winding down?

“I just started to panic a little,” he said. “I looked at Izzy (Montini coach Israel Martinez) and thought, ‘You know, I trained for this.’

“I know it’s corny, but practice makes perfect. When you go so hard during practice every day, in the matches it’s your time to shine.”

Saturday was definitely Montini’s time to shine, The Broncos had 12 qualifiers — including eight champs — for the 3A state finals that start Thursday at State Farm Center in Champaign.

Was Ortiz satisfied with his performance on Saturday? “Yes and no,” he said. “I could have gotten to my attacks more. Never satisfied.”

In a rematch of a Catholic League final won 5-1 bv Chumbley, he edged Montini’s Fidel Mayora 1-0.

“Obviously he improved and had a strategy coming in since we’ve wrestled so many times,” Chumbley said of Mayora. “I had to keep improving and change my game plan. I think I could have wrestled a lot better — 1-0 is not a good win for me. I like to score a lot of points.”

For the second time in three weeks, Coleman wound up facing Montini’s Jake Stiles — a fellow national top-10 wrestler — in a tournament semifinal. Coleman won 4-3 on an overtime tiebreaker at Catholic League and prevailed 3-2 on Saturday before pinning Hinsdale Central’s Liam Drury at 3:41 in the final.

“I can’t say I like battling him all the time, but I gotta do it,” said Coleman, who is 2-2 against Stiles this season. “It’s good to win these now, but I need to win when it really counts (at state).” 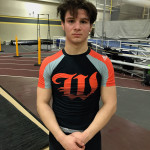