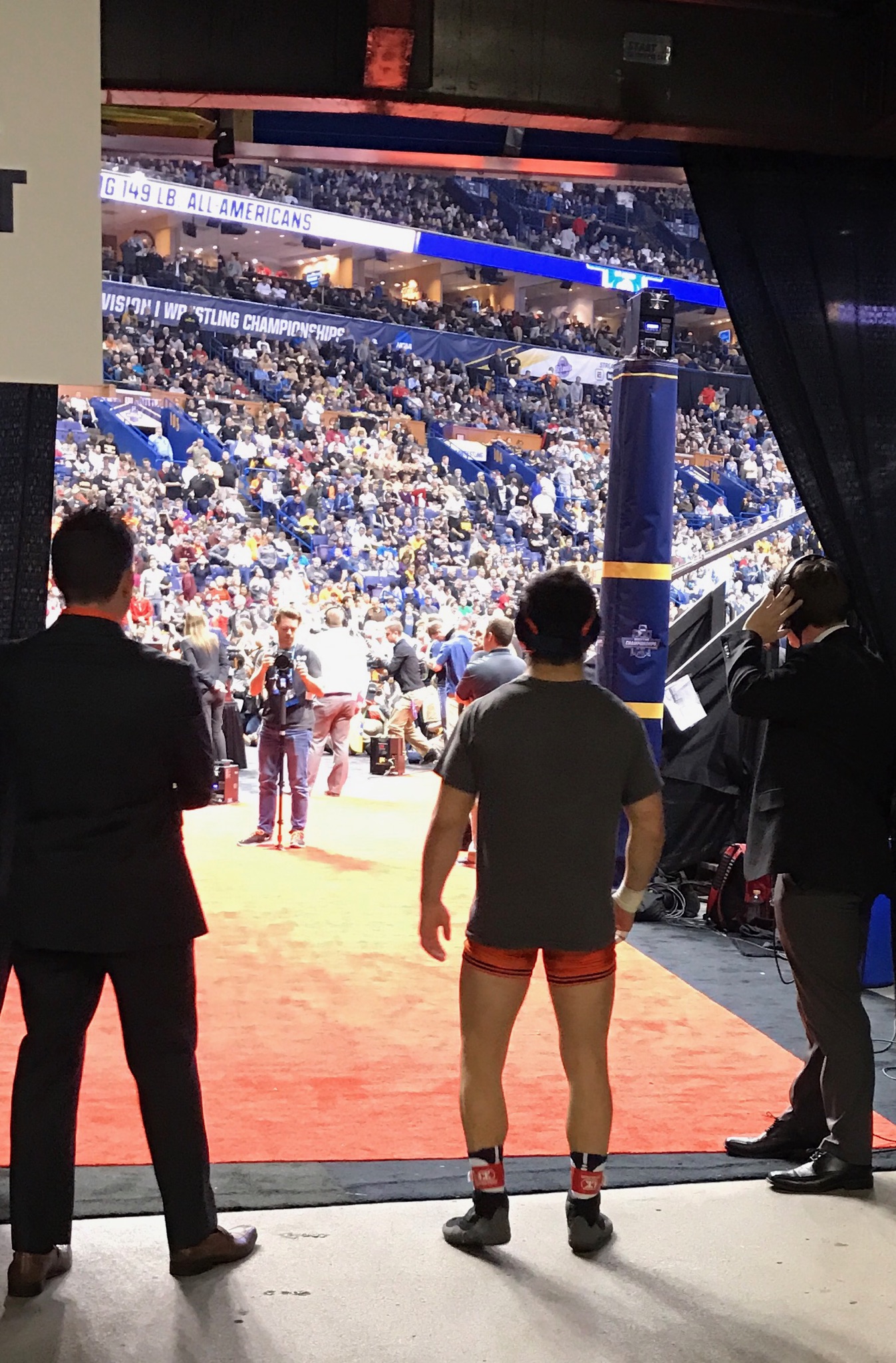 The championship round of the NCAA Championships wasn’t very kind to Illinois wrestlers Saturday night.

With a pair of wrestlers with Illinois ties competing for national titles at the Scottrade Center in St. Louis, Illinois 165-pound redshirt junior and Lemoore, Calif. native Isaiah Martinez was upset by fall in his quest for a third straight national title, while Mascoutah graduate and Missouri 149-pound redshirt senior Lavion Mayes lost by an 18-2 technical fall.

In fact, Saturday was a rough day for all wrestlers with Illinois ties as they went a combined 2-7 on the day.

Missouri’s fifth three-time All-American fell short in his national-title quest as the former walk-on lost in the 149-pound national championship match by an 18-2 technical fall to Penn State’s Zain Retherford.

“It was a bit of a bad game plan,” Mayes said. “I thought he was going to go after it a lot more. I didn’t think he was going to respect me as much as he did on our feet. He was being a little timid, so I tried to go out and push the pace, but I probably went a little too hard and burned out after the first minute.”

Mayes scored the first takedown just 26 seconds into the match, but he gave up the next 18 points, including three third-period four-point near falls to end the match at 6:43.

“You have this hope of wanting to win a national title, but he ran into a buzzsaw,” Missouri coach Brian Smith said. “That kid has been doing that to everybody. (Mayes) hit a nice double and it woke (Retherford) up a bit.”

Despite losing by tech fall, Mayes stayed in the match during the first two periods as he only trailed 3-2 after the first period and 6-2 after the second period.

However, Retherford turned Mayes three times in the third period to pick up the win.

“A couple of weeks before the MAC Tournament, I pulled an abdomen muscle and sat out awhile,” Mayes said. “When people asked how I was feeling, I told them I was feeling alright, but I never once felt like I was 100 percent these past few weeks.”

Looking for his third straight national title, Martinez was shocked in the 165-pound national championship match by Penn State’s Vincenzo Joseph by fall at 5:26.

Martinez had beaten Joseph twice this season, including in the Big Ten Conference Tournament.

“He’s a phenomenal wrestler,” Joseph said. “He’s a bully on the mat, and this time I was definitely ready for that. I was coming right back at him.”

The wrestlers were tied at 3 after the first period and tied at 5 after two periods before Joseph found an escape four seconds into the third period to take a 6-5 lead.

Then, with both wrestlers on their feet, Joseph walked into Martinez, took Martinez to his back and received the pin, which FloWrestling called the biggest upset of the tournament.

It was only the second collegiate loss for Martinez as both defeats have come to Penn State wrestlers.

While wrestlers with Illinois ties struggled on Saturday night, Penn State dominated as the Nittany Lions had five national champions, all coming in the final five bouts.

The five national champions tied an NCAA record for most in a tournament and it was last done by Oklahoma State in 2005. Penn State also claimed its sixth national title in the last seven years.

In addition to titles from Retherford at 149 and Joseph at 165, Penn State received championships from 157-pounder Jason Nolf, 174-pounder Mark Hall and 184-pounder Bo Nickal.

The Buckeyes finished second as a team, while Oklahoma State was third and Iowa was fourth. Illinois placed 11th, Southern Illinois-Edwardsville was 29th, Northern Illinois was 30th and Northwestern was 46th. 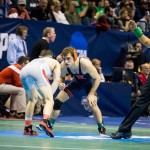