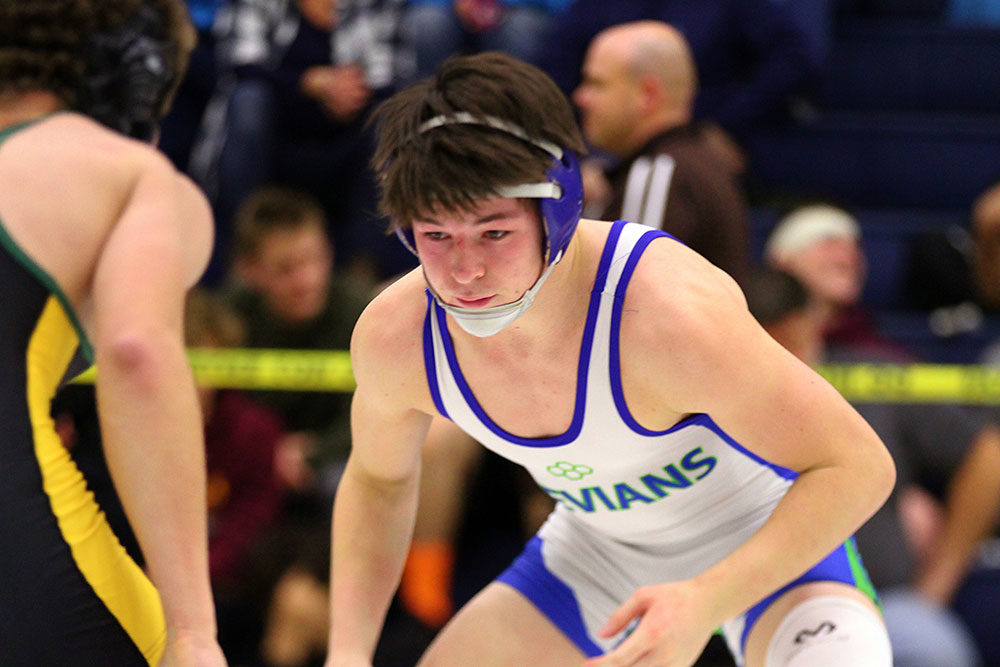 New Trier seniors Jack Tangen and Patrick Ryan have been good friends since sixth grade so when the two highly ranked Trevians battle each other in the practice room, they don’t let tempers flare or allow things to get too out of hand between them.

Well, most of the time.

“I’d be lying if I said we haven’t occasionally crossed a line,” Ryan said, “but it’s only because neither of us likes to lose. Some of the biggest battles either of us have had this year have been in practice, and it elevates both of our games.

Ryan, ranked fourth in Class 3A at 145 pounds by Illinois Matmen, improved to 41-0 with his regional title-win at Glenbrook South on Saturday. Tangen won the regional crown at 152 in improving to 39-1, and is currently ranked third in Illinois.

Last year, the two weren’t practice partners nearly as often, with Tangen at 126 pounds and Ryan at 138. While Ryan made a more typical jump up one weight class to 145 this year, Tangen hit a growth spurt, hit the weight room, and jumped four weight classes since last season.

The practice rooms at perennial state powers like Montini, Lockport, and Oak Park-River Forest are filled with high-level wrestlers able to push each other, and Tangen and Ryan have benefited from banging heads at New Trier this season.

“It’s just nice to have someone like (Tangen) pushing me in the room. We’re pushing each other,” Ryan said. “I have to be clean with my technique against him or he’ll use that extra weight against me, Having someone that strong that’s also skilled really pushes me.”

Instead of giving up 12 pounds to Ryan like he did last year, Tangen now wrestles seven pounds heavier than his friend. But that doesn’t necessarily mean Tangen has a physical edge over the hard-nosed Ryan.

“I think he’s probably still stronger than me,” Tangen said. “I’m really at a higher level now than I was at the beginning of the year because I just wanted to give Patrick a better practice partner. I tried to test him and it also made me better. He’s very technical, a lot of misdirection, very quick and strong — there’s a lot that I can benefit from.”

Tangen and Ryan are likely putting in a good week of training against each other in the practice room heading into Saturday’s individual sectional at Barrington.

Both wrestlers were regional champions and then sectional runners-up at Barrington last year. Tangen lost his only match downstate, finishing with a 33-7 record. Ryan did the same and finished 37-7 for the season. Ryan was also a sectional runner-up as a sophomore.

The two thus finished a combined 70-14 last season; after Saturday’s regional meet, they have a combined record of 80-1. They both won tournament titles this year at Prospect and Hinsdale Central, and both were Central Suburban League tournament champions.

But they both know that the clock is about to strike midnight on their high school careers, and they’re itching to climb a downstate podium before time runs out.

“Last year I wasn’t ranked at all, and I was just happy to be down there,” Tangen said, “but I won’t be satisfied with that this year. I guess there’s a little more pressure on me this year but my ultimate goal is the state finals and to place at state.”

Tangen’s sectional journey could land him on Saturday’s title mat against unbeaten and second-ranked Markus Hartmann of Barrington. Ryan sits on the opposite side of the sectional bracket from fellow regional champs Cole Riemer of Fremd and Alex Rosenbloom of Highland Park, both of whom he has already beaten this season.

He’ll have to earn a third downstate berth but having twice experienced wrestling at the state finals, Ryan has a burning desire to return from Champaign this year with a medal around his neck.

He’s never felt more ready to do just that.

“My confidence is higher than it was last year,” Ryan said. “The pressure doesn’t ever go away, I just think I’ve handled it differently. You know these high-level tournaments are coming and it comes down to how you approach it, and how you use it to your advantage. 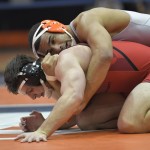