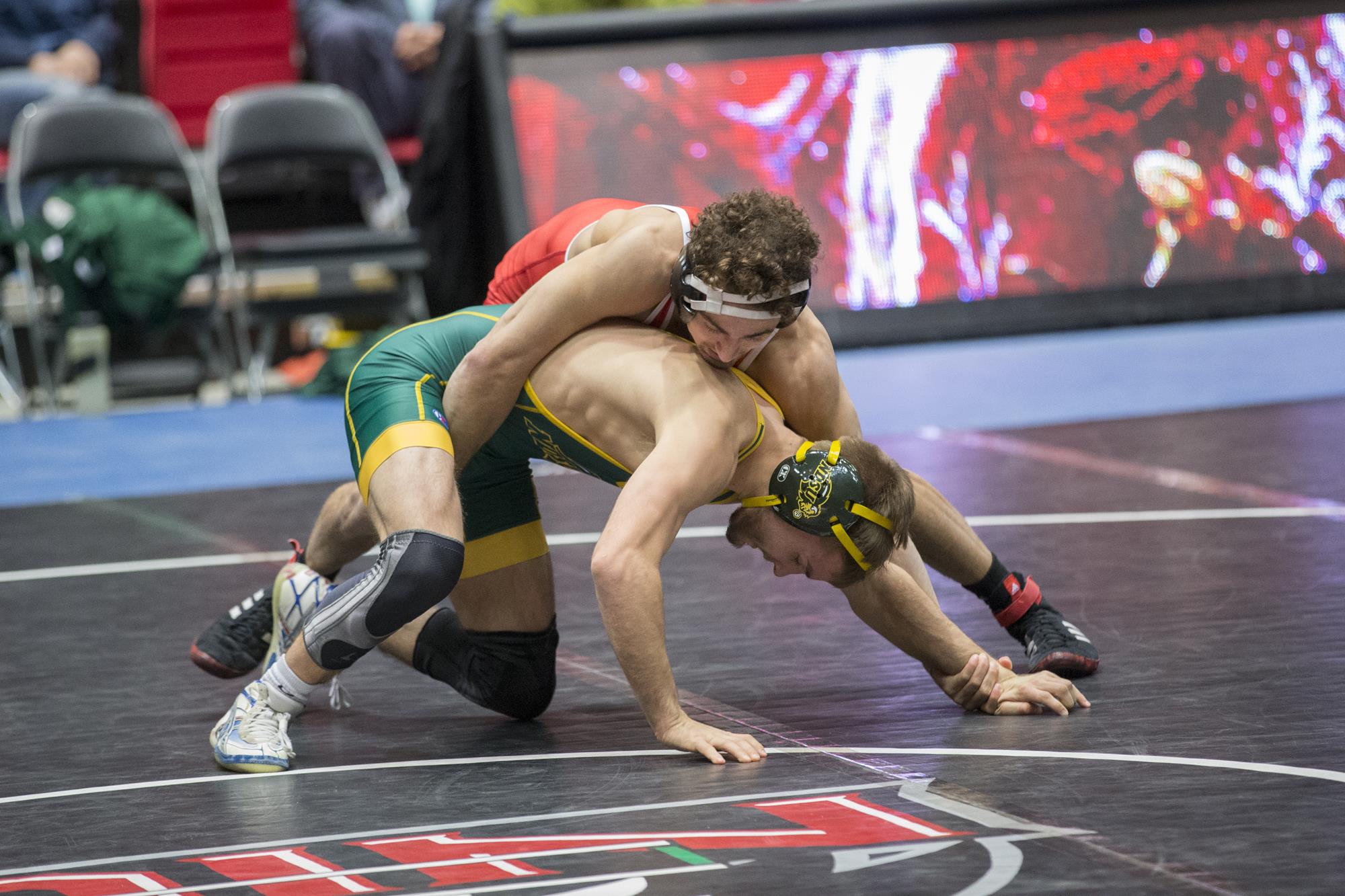 Brit Wilson and Bryce West go 3-0 on the day

“I thought our guys competed really hard today,” said NIU head coach Ryan Ludwig. “I’m really proud of the way they fought and scrapped. We’ve got a lot of momentum to build on.”

“I think where we had positive outcomes, we were able to get to our attacks first and keep the other man reacting to what we did,” Ludwig said. “On the other hand, when the match was brought to us and we were on the defensive end of things, we lost some tight battles. The main difference was, the Utah Valley match, we gave up a couple points and the end of periods in crucial situations where those miniscule battles could’ve won the war.”

Brit Wilson (Mexico, Mo./Mexico) continues to impress at 174. The redshirt-freshman went 3-0 on the afternoon, including a come-from-behind 8-6 win over No. 14 Kimball Bastian of Utah Valley. Wilson began his day with a dominating 21-7 maj. dec. win over Juan Guiroz of Harper College. He then scored a pin fall win of Clarion’s Taylor Cahill.

“For Wilson to get a win over Bastian, who’s nationally ranked ahead of him, that will help him climb the rankings and ultimately build his resume for the NCAA as well. He’s been a beacon for us in terms of his pace and intensity out there wrestling, so we’re proud of his efforts too.”

Fellow redshirt-freshman Bryce West (Solon, Iowa/Solon) was also 3-0 in his matches on the day. He began the day with a first round pin fall victory over Lane Wells of Harper College before scoring 4-1 decision over Tyshawn White of Clarion. West capped his day with a 5-1 victory over Utah Valley’s Josh Jensen.

Alijah Jeffery (Marion, Iowa/Linn Mar) looked strong as he won his two matches. After posting a 7-2 win over Clarion’s Seth Koleno, the redshirt-senior was dominating in his second match of the day. Jeffery posted a 16-1 tech. fall victory over Mitchell Brown of Utah Valley.

The Huskies return to action Friday, Nov. 30 when NIU travels to Indiana to face the Hoosiers. The event begins at 6 p.m. CT. 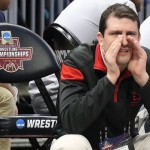 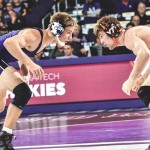