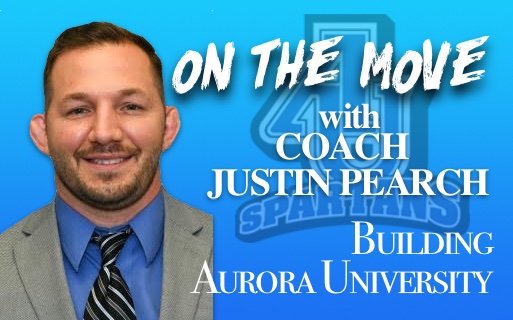 AURORA, IL – Justin Pearch wants Aurora University Wrestling to be a household name in the wrestling community. I recently had the opportunity to sit down with the inaugural head coach and discuss the new program, his philosophy, and his hopes for his teams. “My aim is to make Aurora University known in the wrestling community.” He puts an emphasis on known  as we speak, continuing, “I want AU to be a program student/athletes choose to go to, in order to win championships, excel in the classroom, and graduate as exceptional community citizens.” Those are strong words, but that is what you expect from the young, calm, competitive coach.

Aurora University announced last year that they would be starting both Men’s and Women’s Wrestling programs at the University for the 2021-2022 season. Heading both programs would be former Aurora Christian High School Wrestling Coach, Justin Pearch.

Born in San Jose, California, but raised in the suburbs of Portland, Oregon. Justin was introduced to wrestling at an early age and quickly found success. Pearch was a decorated high school wrestler. He won two high school state titles competing in Oregon, and was an 8-time Fargo All-American. He continued to find success at the next level becoming an NJCAA runner-up competing for North Idaho College. Before finishing his college career as a NCAA national qualifier for the University of Oregon. Justin continued wrestling after college. Joining the Army, and competing in their World Class Athlete Program (WCAP). During this time he was an Olympic Trials qualifier and a National All-American.

Now, a husband and father of three; two girls, one boy. Coach Pearch minimizes his wrestling success, and boasts his children’s athletic ability. “My daughter Mckenzie, now she is the athlete in the family, she could go pro, seriously though,” he says with a smile. In discussing his personal wrestling accomplishments Coach Pearch is humble stating, “I had some success competing, but now I take pride in the success of my student athletes.”

Coach Pearch is quick to sing the praises of those wrestlers who have competed for him at Aurora Christian, where he started the wrestling program in 2016. Stating, “I was fortunate to have some great wrestlers, but more importantly hard workers, who strove to get better each day, when you have kids like that, it’s easy to find success.” Which is exactly what Pearch did. During his short four year stint at Aurora Christian, the Eagles crowned 7 individual state champions, captured a team state title in 2018, followed by a runner-up finish in 2019, and a third place finish in 2020.

Pearch is looking to draw upon the same recipe of success to guide the AU Spartans. The new Head Coach  believes in, “an attacking style of wrestling…your best defense will always be your best offense. I coach my wrestlers to constantly be focused on scoring the next point. Whether you just scored or you were scored upon, just score the next point!”

Coach Pearch, typically calm, and collected, is leaning forward in his chair now, his blood level rising, as he continues,

“My Motto is simple, Do Better! That’s it. That goes for athletes as well as coaches. Wrestling is a sport where you can never stop learning. It continuously evolves and grows. So everyone has to be willing to evolve with it, or you will get left behind. That takes hard work, discipline, mental fortitude, integrity, accountability, creativity, open mindedness, as well as a love and respect for the sport. Everyone trying to do better everyday, that is the culture I try to create. Even when successful, it helps remind everyone that there is still room for growth and that we can, Do Better!” 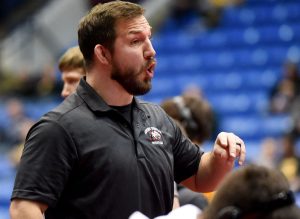 We are briefly interrupted by a phone call, timed perfectly, to break the intensity in the conversation. A future recruit asking the coach a few logistical questions, he completes his call, and is back at full attention. I question him as to the difficulty of starting two new programs. His response gives a great insight into the type of coach he will be.

“Every committed recruit at this point in our program is a priority, and will be the building blocks, that we hope, will grow in to the foundation of a successful team. As he discusses beginning a new program, he laments, “We are in the early stages of a brand new program, success doesn’t come easily, but we want to start working towards our goals now. Each year we want to be the best version we can as a team, and be better than the year before.” This echoes his “Do Better” philosophy and after only a few minutes with Coach Pearch, you can not help but feel motivated. His motivation is even more clear as we discuss the women’s program. “Women’s wrestling is a thriving and growing sport in the United States and around the world, and I am thrilled to be a part of the growth.” We discuss coaching women, and Coach Pearch explains, “I don’t like to think of it as a Men’s and Women’s team, we will all be Spartans. I train all my athletes equally, regardless of gender. I always try to look at each individual and coach them accordingly. Also, all wrestlers will respond differently, so your coaching staff has to be ready to adapt.” Adapting has been something that everyone has had to get used to during the pandemic, and Coach Pearch is no different. “During the pandemic, contact with recruits has been extremely limited, but we have just had to be creative in the process. Using the digital tools available, zoom meetings, FaceTime, whatever gets the job done.” He is excited about the incoming class and eager to get them all on campus together.

He continues, “What’s great about AU, besides having a beautiful campus, is the people are special here. Aurora University has an amazing support system that starts all the way at the top, and everyone involved understands it and is positively affected by it. It is so important that you have a support system like this. It allows the students, faculty, coaches, and athletic programs to grow and succeed together. This is essential in wrestling, especially now when you see so many programs getting cut.”

As our conversation concludes it is clear that Aurora University has a young, talented, and highly motivated coach at the helm of its new Men’s and Women’s Wrestling programs. If a coach’s history is an indicator of his future successes, than there will be championships in the near future for the Aurora University Spartans. As we depart, I cant help but visualize Head Coach Justin Pearch shouting his moniker at exhausted student/athletes amid a brutal workout, “Do Better!” 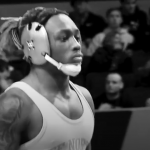 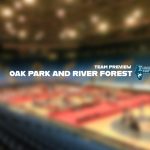