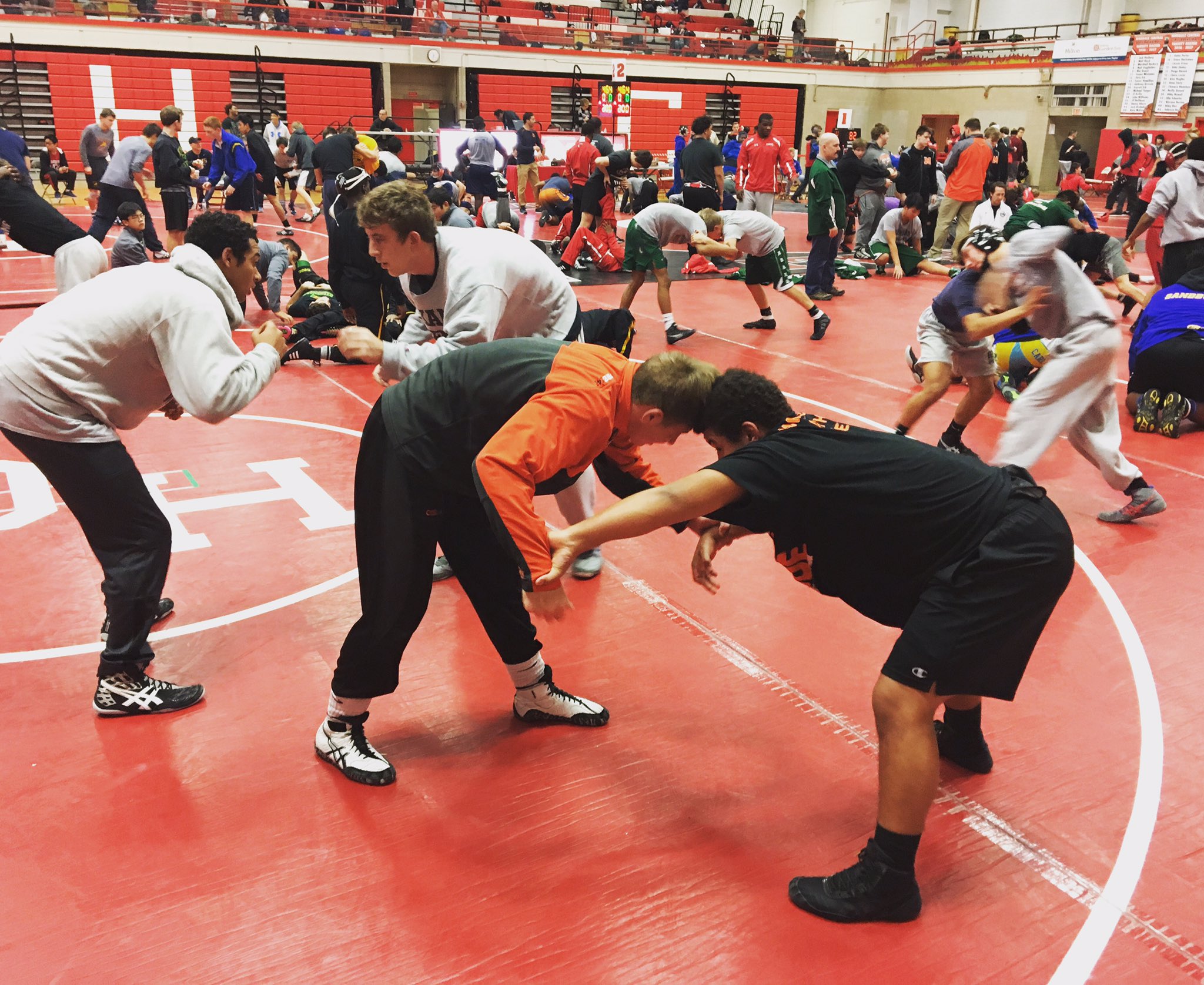 You might think the pressure to remain at the top of the heap would eventually start to wear on Oak Park and River Forest, which won its third consecutive Class 3A dual team state title last year.

“There is no pressure when it comes to that,” OPRF senior Jason Renteria said. “We know there’s always someone out there ready to try to beat us so every day, we just keep our heads down and keep working.

“And I think we get hungrier every year. We keep each other accountable and push each other every day in the room. We don’t give each other a break because we know that if we want to come out on top, we have to keep pushing ourselves.”

The Huskies pushed themselves to the top of the bracket at another Rex Whitlatch Invitational on Saturday, winning their fourth team title at Hinsdale Central in the last five years.

OPRF posted a 243.5-218 edge over second-place Deerfield at Hinsdale Central on Saturday. Carl Sandburg was third and Lyons Township placed fourth in the 24-team field.

OPRF coach Paul Collins was pleased with effort he got from his boys over an extended weekend of wrestling.

The Huskies sent six wrestlers to the title mat in Hinsdale, with Renteria winning the title at 138 pounds, and Tony Madrigal winning the bracket at 126 pounds.

Renteria was named the tournament’s outstanding wrestler after posting a fall and three tech fall wins. And he did it despite bumping up to 138 from 132, where he’s Illinois’ top-ranked Class 3A wrestler, per Illinois Matmen’s Go Earn It Wrestling Apparel individual rankings.

Renteria won a 3A state title at 120 pounds last year.

“Torry Early was bumping up for us at 32 so this weekend I decided to test myself at 38,” Renteria said. “I felt the same. No difference at all. I feel like I have a lot more offense this year so people can expect a lot more points from me. I’m more relaxed out there.”

Madrigal was equally dominant. The top-ranked junior posted three tech falls and a major decision on his way to the title at 126. After beating Rolling Meadows’ Jackson Kohlberg via tech fall on the title mat, Madrigal assessed his team’s Whitlatch win.

“This team isn’t the best team we’ve had but it’s the hardest-working team I’ve been on,” Madrigal said. “Everyone’s working hard and trying to get better, and making each other better, every single practice.”

One week after his team placed 22nd at Ohio’s nationally formidable, 85-team Walsh Ironman Tournament, Collins saw 10 of his wrestlers finish between first and fourth place in Hinsdale.

“Brian Holloway (160) took second, Drew Matticks (170) took second, and Tariq Thurman (182) is new to our program and he wrestled for third,” Collins said. “Then Peter Ogunsanya bumped up from last week and took third in a tough 120 bracket.

“It was great to see (Renteria) bump up and dominate, just to get (Early) some matches at 132. But seniors like Jay are our leaders and it’s nice to see them go out show the younger guys how to do things.”

Early finished fourth at 132 for the Huskies. Also placing second for OPRF were freshmen Josh Ogunsanya (106) and Nico Bolivar (113).

Second-place Deerfield got a title at 132 from Holden Heller, while Sandburg got titles from a pair of unbeaten wrestlers in top-ranked Patrick Brucki (195) and Cole Bateman (220).

Top-ranked Johnny Mologousis also stayed unbeaten in winning the title at 170 for Lyons, while Stevenson led all teams with three individual champions in Tommy Frezza (113), Dylan Geick (160), and Robert Pavlovich (182).

Hamdan was dominant in posting a tech fall and two major decision wins before winning a 9-2 title-mat decision over Lemont’s Jake Kirkman. Hamdan improved to 15-2, one season after an injury sidetracked his junior year on the mat.

“I’m opening up a lot more on my feet, in and out, and I’m finishing right away,” Hamdan said. “I’ve had that mentality more this year. I’m letting it fly after being too conservative in the past, and thinking too much about winning and losing.”

The junior Cummings is currently ranked second at 106 and improved to 17-0 in winning his first Whitlatch title. Afterwards, he spoke to the confidence that’s built as a wrestler pursues a coveted place on the awards stand in Champaign.

“My first match of the year I wrestled Nico Bolivar of Oak Park at 113 pounds and I won a close one, 2-1. That got the cobwebs out and my nerves just kind of went away since then.”

After a dual meet at Washington, OPRF will head to the Clash in Minnesota on Dec. 30 and 31.

While the Clash is one of the best dual team tournaments in the country, it was last week’s Ironman that put the Huskies on the path to another Whitlatch team title.

“Nothing is comparable to the Ironman in terms of individual matches. There are no easy matches there and we lost way too many one-point matches there,” Collins said. “We weren’t out-classed in our matches but in some of them, we were out-toughed or out-paced, and we’re not okay with that. Because those things are the foundation of our program.

“The Ironman exposes how hard you’ve been training because you’re going to wrestle some guys that have been training even harder than you. But I’m happy with how our guys responded.” 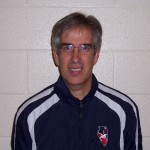 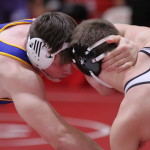