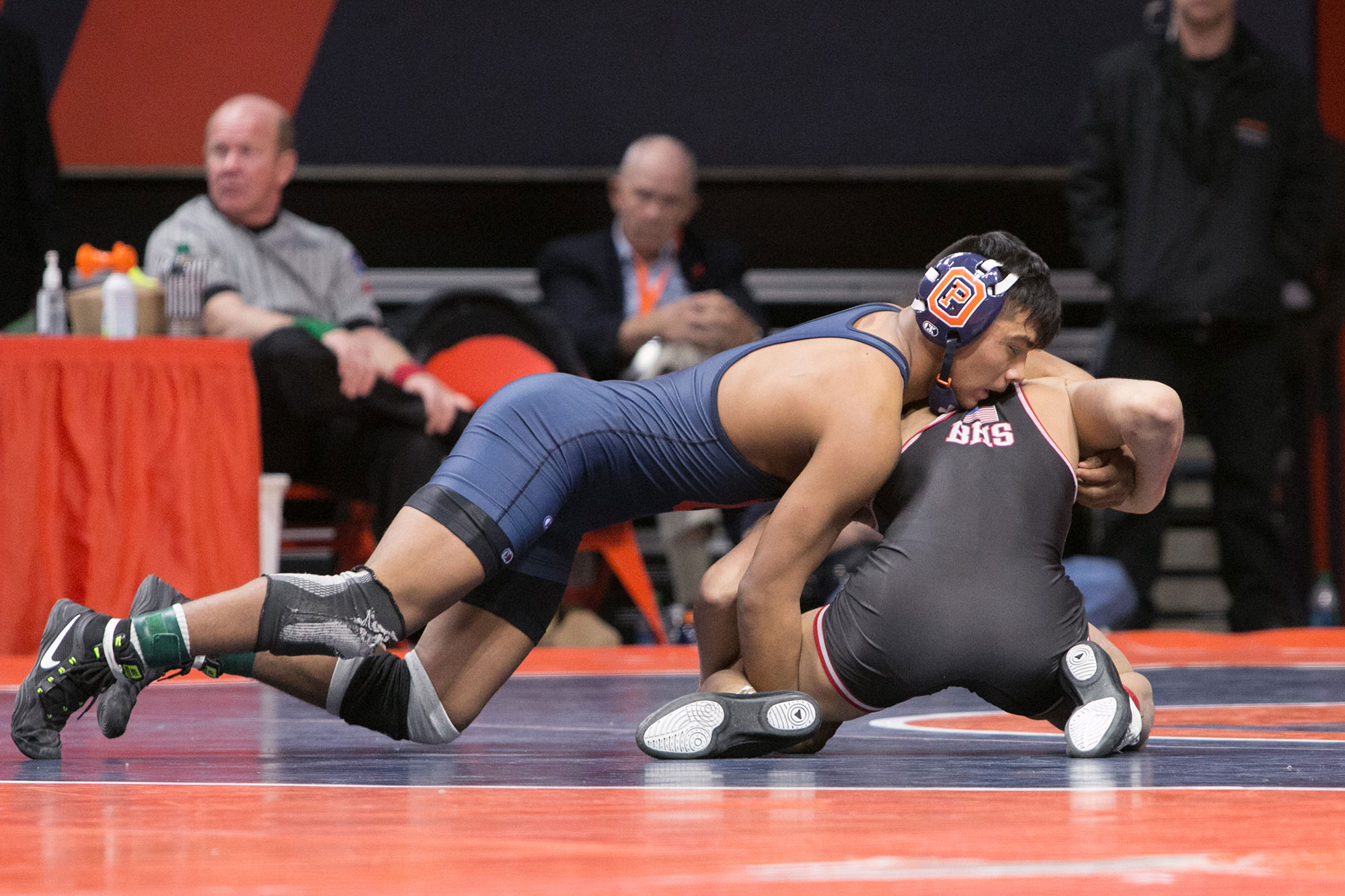 Things went mostly according to form in the quarterfinals, but there was some drama, particularly once the 2A matches got started.

The drama didn’t hit the big names, though. Three-time state champion Austin O’Connor (152) of St. Rita pinned Anthony Marre of Glenbard North at 2:33 to advance to the semifinals against Huntley freshman David Ferrante. If Cole Smith of Providence gets past Brad Gross of Marmion Academy in tonight’s semifinals, he’d face O’Connor for the fourth time this season.

In the much-anticipated showdown between defending champions, the only such match in the tournament this year, Joey Melendez of Montini scored a takedown with 30 seconds left in the first period and made it stand up in a 4-3 victory over Travis Ford-Melton of Marian Catholic in the 3A quarterfinals at 113. The victory set up a rematch of the semifinal match at Downers Grove North that became a stunner when he was pinned by tonight’s opponent, Tommy Russell of St. Rita. Russell turned in a big win of his own, erasing a 4-1 second-period deficit and scoring an overtime takedown to beat Peter Ogunsanya of Oak Park-River Forest, 6-4.

Melendez was one of five Montini semifinalists, tops in 3A. Freshmen Dylan Ragusin (106) and Fidel Mayora (132), 2015 state champion Real Woods (126) and Will Lewan (145) also advanced for the Bronco. Lockport advanced four to the semifinals, with Oak Park-River Forest, Marmion Academy, Chicago Mount Carmel and Wheaton North each advancing three.

The 138-pound bracket produced surprises and near-surprises. Both quarterfional matches in the bottom half went to overtime, with Riley Lomenick of Wheaton North beating Brandon Ramos of Lockport, 3-1 and Kendall Coleman of Mount Carmel stunning returning runnerup Jaime Hernandez of Oak Park-River Forest, 7-5.

At the top of the bracket, two-time state champion Austin Gomez didn’t have it easy, either. Gomez fell behind Anthony Cheloni of Marmion Academy, who took him down late in the first period, but escaped in the final seven seconds to trail 2-1 after the period. Gomez took command with two second-period takedowns and another in the third to hold off Cheloni, 7-6.

Two-time state placewinner George Bessette (220) of Antioch was the only projected champion who did not advance to the semifinals, losing both his matches Thursday in the 2A tournament. Bessette lost 5-1 to Luke Luffman of Urbana in the quarterfinals, then was eliminated in a 5-4 loss to Colin Gussman of Kaneland in the first consolation round.

Through the quarterfinal round, Washington’s nine qualifiers had a grand total of one loss, and all nine remained in medal contention into Saturday morning. Beyond the Panthers’ eight semifinalists, however, the 2A field remained jumbled. Brother Rice was the only other school to advance more than two to the semifinals, the Crusaders advancing three in their first 2A appearance. 3A placewinner Hassan Johnson (120) remained unbeaten with a 3-1 overtime victory over returning finalist Austin Kedzie of Kaneland.

Senior Alex LaMont of LeRoy/Tri-Valley continued to make his move from 220, where he wrestled all season and had not cracked the top six, up to 285 look like a stroke of genius. Concerns about qualifying out of a Deer Creek-Mackinaw regional loaded at 220 motivated his move up to 285. After finishing second in the regional, he won the Clinton and advanced to the semifinals by shutting out Josh Anderson of West Carroll, 5-0. 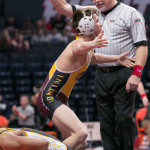 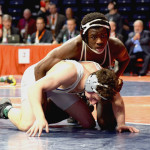