Six Illinois teams including Class 2A #1 Washington, 3A #1 Montini Catholic, 3A #2 Oak Park River Forest, 3A #6 Glenbard North, 3A #9 Marmion Academy, and Providence Catholic are set to compete at The Clash XVI Wrestling Duals held Friday and Saturday, December 29th and 30th, at the RCTC Regional Sports Center in Rochester, Minnesota.

The Clash is a dual team format tournament held over two days. The first day consists of a qualification tournament to determine which round-robin pool teams are self-sorted into for the championship round-robin brackets.

During the first day Qualification Tournament on Friday, teams are seeded and placed into one of four standard 8-team brackets. Two of these brackets (A and B) will compete in a morning session consisting of matches at 9am, 11am, and 1pm. The other two brackets (C and D) will compete at 4pm, 6pm, and 8pm. The three matches will determine each team’s placing in the second day’s round-robin championship brackets.

During the second day Championship Tournament, each of the 4 teams that win their qualifying tournament will be placed together in a round-robin Division 1 group to determine positions 1 through 4 in the tournament. The four runner-up teams from the qualification tournament will be placed together in the Division 2 group to determine positions 5-8 and so on. Groups 5-8 will wrestle Saturday morning while brackets 1-4 will wrestle Saturday afternoon.

Complete brackets as well as live results and video are available on Track Wrestling.

The Illinois teams are placed in the following Day 1 brackets: 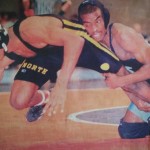