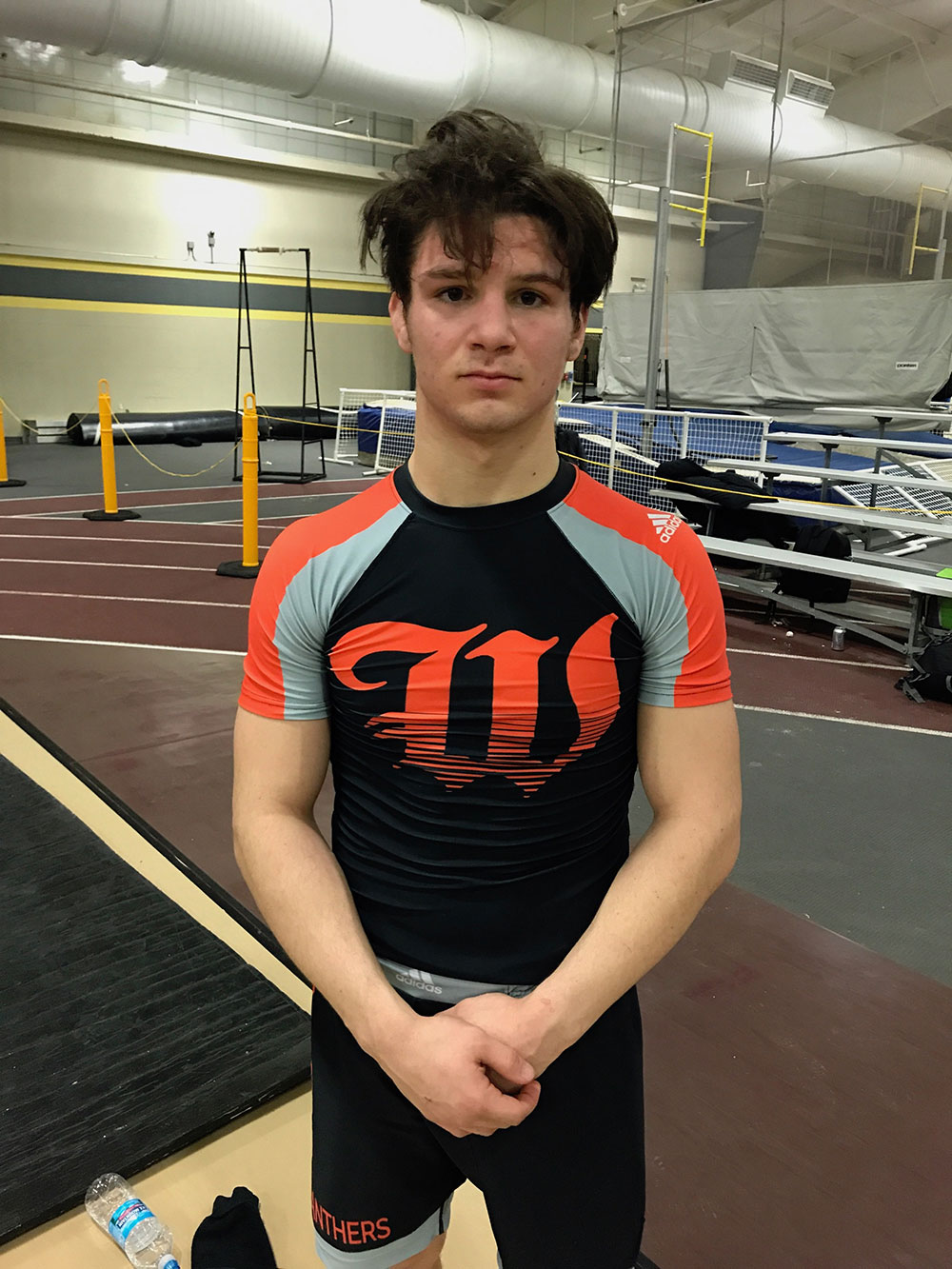 SYCAMORE – Over the last year, the Washington wrestling team has lost a lot.

What the squad hasn’t lost, however, is its dominance.

Now under the leadership of assistant-turned-head-coach Nick Miller, Washington – despite all the changes – hasn’t missed a beat as this season the team has once again showed its team to beat in Class 2A, including at Saturday’s 2A Sycamore Sectional.

In a deep tournament, the Panthers shined once again as the team had four sectional champions, three sectional runners-up and nine state qualifiers.

“Coming in, this season felt a lot like last season,” Washington 145-pound senior Blaize Punke said. “Coach Miller was a great assistant and he’s been an even better head coach.

We miss (former) coach (Bryan) Medlin, but it’s good that he took over because it’s the same as coach Medlin.”

The Panthers turned out the same old results on Saturday as they had a tournament-best in sectional champions and state qualifiers.

“I think the difference between us and most teams is we’re a very cohesive group of guys,” Washington 152-pound senior Dalton Jensen said. “We’re a family, we’re brothers and we love each other. We just have a great time.”

The Panthers had a sectional champion in two of the first three weights as 113-pound freshman Joey Cape and 120-pound sophomore Zeke Hulet each won titles.

Punke added a sectional title at 145 pounds and Jensen followed up with hardware at 152 pounds.

When Bloomington senior Savion Haywood and Washington senior Tyler Delaware met last week for a 2A 132-pound regional title, both knew it likely wouldn’t be the last time they faced each other.

Turns out, it may have been the first of three straight postseason meetings.

After Delaware won the regional showdown last weekend, Haywood extracted revenge in Saturday’s sectional as Haywood took a big second-period lead and held on for a 9-4 decision.

“I had to move my feet a lot more this week,” Haywood said. “The first time we wrestled, I went out there and tested the waters to see how he was going to wrestle. This time I came out and set the pace right away.”

Haywood’s victory over Delaware – a former state champion – sets up the possibility winner-take-all show next week for the state title as both are ranked No. 1 and No. 2 in the current Illinois Matmen Class 2A 132-pound rankings.

“It’s tough to see someone possibly three weeks in a row, but it is what it is,” said Haywood, whose only loss this season was to Delaware in the regional. “I’m looking forward to possibly seeing him again next week in the finals. Let’s get the decisive match in the best-of-3 out of the way.”

After the Redskin senior finished as a state runner-up each of the past two seasons, Baldridge has taken his game and his approach to a new level.

Baldridge – ranked No. 1 in the current Illinois Matmen 2A 182-pound rankings – steamrolled the field at Saturday’s sectional as he won his quarterfinal match by fall in 28 seconds, his semifinal by fall in 2:43 and the championship match by an 18-3 technical fall.

“The past two years I was almost timid in a way,” Baldridge said. “Last year, I went out there and didn’t take enough shots as I should’ve. This year, it’s all about going out there, taking them down and setting the tone from the beginning of the match.”

Geneseo 285-pound senior Billy Blaser had a point to prove on Saturday.

Facing Washington junior and No. 1-ranked Jace Punke in a No. 1 vs. No. 2 showdown, Blaser earned the thrilling 3-2 UTB decision to win the sectional title.

“I overhead people making bets about the match and how it’d go since we were both ranked (by Illinois Matmen) in the top two spots,” Blaser said. “I didn’t really like that. I heard, ‘Oh, Punke is going to win by two by a late takedown’ or stuff like that.’ Basically, prop bets in a way. It helped motivate me because I wanted to prove everyone wrong.”

In one of the night’s other No. 1- vs. No. 2-ranked showdowns, Burlington Central 126-pound senior Austin Macias left no doubts.

“Anything can happen at state and there are always random kids that will do well, but I was really excited about this weekend for this matchup because I may see him again,” said Macias, a Southern Illinois-Edwardsville recruit and the No. 1-ranked 126-pounder in the current Illinois Matmen rankings. “I’ve wrestled him twice before in my career, so I had a bit of an idea of what to expect.”

The night’s most impressive championship victory came in the first match as Joliet Catholic 106-pound freshman Dean Hamiti won by pin at 1:35.

Freeport junior Major Dedmond won the 170-pound title by a 5-1 decision, Rochelle 195-pound senior Alex Harvey prevailed by fall at 1:52 in the final, and Richwoods senior Jason Gardner won the 220-pound title by pin at 3:37. 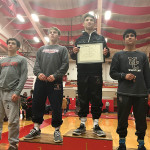 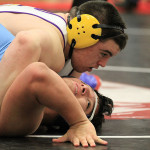