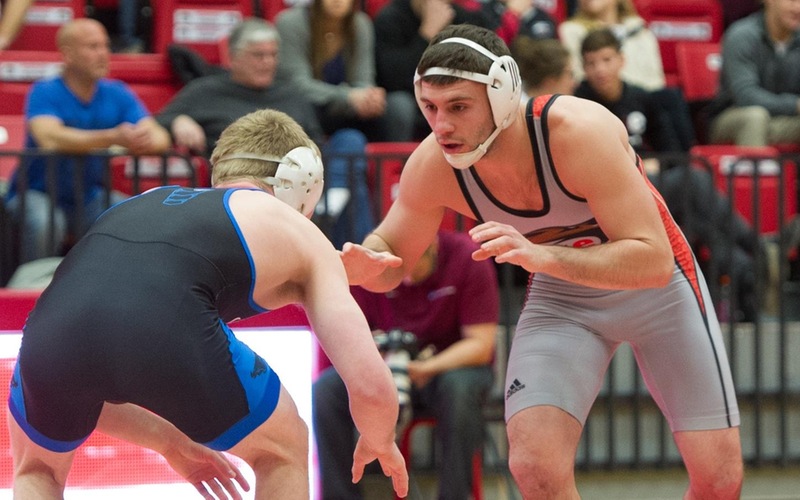 CHATTANOOGA, Tenn. – SIUE wrestling suffered its first Southern Conference loss of the season Friday with a 29-15 defeat at Chattanooga.

The Cougars, 3-10 overall and 1-1 in the SoCon, won four matches during the dual, including three straight at one point.

“In a number of matches, we were battling,” said SIUE Head Coach Jeremy Spates.

Zac Gentzler opened the match with a 5-4 victory over Alonzo Allen at 125 pounds. Gentzler picked up takedowns in the first two periods as well as an escape in the third period.

“Zac came out hard from the beginning and got a couple of takedowns,” said Spates. “He got a win over a wrestler who is ranked nationally by the coaches.”

Allen came in ranked 30th nationally in his weight class.

SIUE’s Tyshawn Williams started the run for the Cougars in the middle weights. He bested Roman Boylen 14-8.

“Tyshawn went out again and put a lot of points on the scoreboard,” said Spates.

Karsten Van Velsor earned his first fall of the season with a second period pin over Dylan Forzani in 4 minutes, 6 seconds. Van Velsor was down 6-0 after one period but took the down position to start the second period. After a quick escape and a takedown, Van Velsor added six much-needed team points for SIUE.

“He came up with a big cradle for the win,” said Spates. “That was great for Karsten because he works so hard.”

Nate Higgins ran his personal winning streak to four matches with a 10-3 decision over Chad Pyke at 165 pounds.

Pyke also was listed as 32nd nationally in the coach’s ranking.

“For Nate to almost get a major decision against a ranked wrestler is big,” added Spates.

Higgins’ win gave SIUE a 15-11 lead at that point. Chattanooga, which improved to 5-6 overall and 3-0 in the SoCon won the next four matches to close out the match. 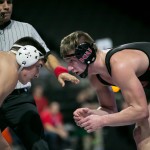 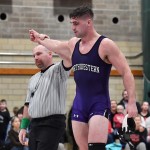