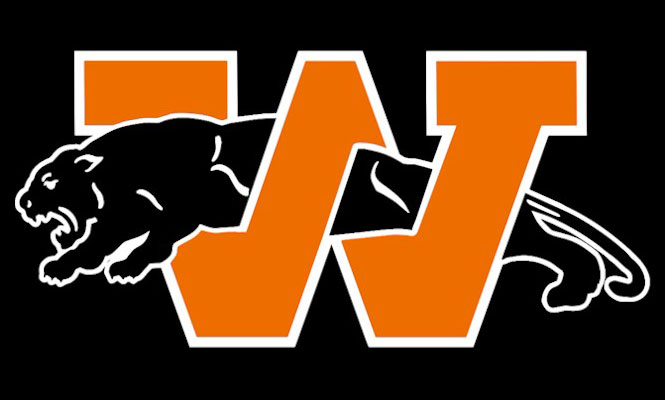 A two-time defending state champion, the senior on the Washington wrestling team was upset in the Class 2A 170-pound quarterfinals at last week’s IHSA Individual State Wrestling Tournament and ultimately finished fifth.

It was a surprising result for a wrestler who was going for his third state title.

Turns out, the Air Force recruit wrestled with severe bronchitis and a 104-degree temperature and spent most of the weekend recovering.

“Randy never made an excuse about it and never once hung his head,” Washington coach Bryan Medlin said. “He took his lumps like a man, went back to the hotel and tried to heal up. Everybody who was wondering what happened, well, that’s the real reason.”

In the most-anticipated 2A dual of the season between 2A No. 1 Washington and 2A No. 2 Mt. Carmel, Meneweather – who bumped up from 170 to 182 pounds because he couldn’t make weight due to his illness – secured the dual-winning third-period pin fall to clinch Washington’s thrilling 34-32 victory over Mt. Carmel to advance to tonight’s 2A state title dual against Marian Catholic.

“I wasn’t going to tell you guys anything, but I guess coach just told you,” an elated Meneweather said after his dual-winning victory. “I just had to put last week in the rearview mirror and just keep moving forward. Individual state was tough, but competing for a team state title is big. We have one more match, and we’re ready.”

In the highly-anticipated showdown, Washington excelled throughout as it won many of the swing matches.

After Meneweather’s fall clinched the victory, the Panthers forfeited the final two weights.

“Every place where we could catch a point, we did,” Medlin said. “We try to get the kids into the mindset that in duals it’s marginal aggregated gains. It’s small gains here and there. You steal a point, you get a point. Very rarely in the dual did we leave any points on the scoreboard.”

In the showdown, Mt. Carmel 285-pounder Matt Reyes won the opening match by fall at 1:56 to give the Caravan a 6-0 lead.

However, Washington came roaring back with back-to-back technical falls and a major decision to take a 14-6 lead.

A Mt. Carmel decision at 126 cut the deficit to 14-9, but the Panthers won four of the next six matches to build a 28-20 lead before Meneweather dominated his match to ignite the Washington faifthfuls, who had been waiting for the Mt. Carmel showdown for nearly seven months.

“It’s not like we were looking past anybody else, but it’s pretty hard not to go anywhere in the 2A community and somebody isn’t talking about this possible matchup,” said Medlin, who noted that 138-pound sophomore Blaize Punke wrestled with a third-degree sprain in his MCL last weekend. “To say we weren’t thinking about it is just preposterous. We’ve been thinking about it since last July when we found out they were in our class.”

In the other 2A semifinal, No. 5 Marian Catholic made quick work of No. 4 Crystal Lake Central for a 43-32 victory.

After Crystal Lake Central won the first two matches, Marian Catholic secured pin falls in four of the next five weights from 113 to 132 to take control for good.

The No. 1- and No. 2-ranked teams according to the Class 3A GO EARN IT Wrestling Apparel rankings will meet for the state title.

OPRF, who is looking for its third straight dual team state title, had six wins by fall and two more my technical fall in its victory.

Marmion, which topped No. 3 Sandburg 29-26 in Tuesday’s Argo Sectional, rode seven pins to the victory. The Cadets are looking for the first dual team state title in program history.

The state title match is a rematch of last year’s 3A quarterfinal when OPRF beat Marmion 46-18 en route to the title.

There were no surprises with the 1A state title matchup as 1A No. 1 Dakota and 1A No. 2 Coal City will compete for the dual team state title.

In its semifinal win, Dakota – which is going for its fourth straight state title – won seven straight matches from 138 to 195, six of which were by fall.

Coal City, which is looking for its first state title in program history, won six of the first eight matches against Murphysboro to roll to the win.

It’s the second straight year the teams will meet at dual team state as they faced off last year in the 1A semifinals as the Indians topped the Coalers 56-16 en route to the state championship. 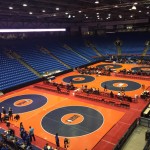 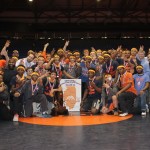