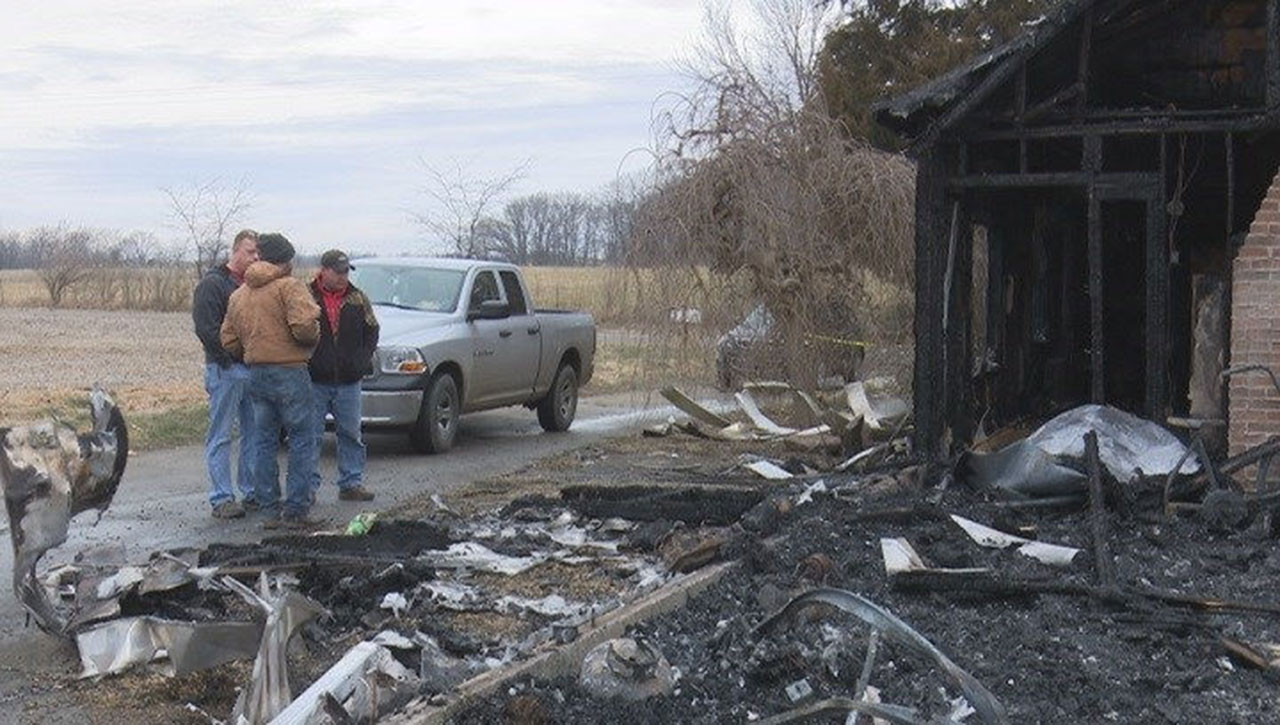 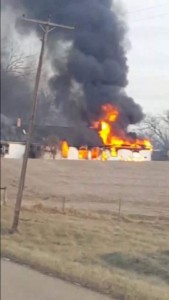 No way it was happening to him.

As the Washington wrestling coach raced home on the afternoon of Dec. 22, nearly 15 minutes away from his house Medlin saw smoke off in the distance and it became painfully real.

His home and his family’s possessions were burning to the ground, and Medlin was forced to watch.

“It was surreal,” he said. “It’s kind of a zig-zag path to our house from the school and it’s all farmland, so every turn I took I got a different view. I was just looking at the smoke the whole time, and I knew it was going to be bad.”

The Medlins’ home had caught fire and, all of a sudden, the family of five was homeless – three short days before Christmas.

Life as he knew it had changed.

Around 3:30 p.m. on that Thursday, a neighbor noticed smoke coming from Medlin’s house. The neighbor went over to inspect and discovered the fire.

A few minutes later, Medlin’s wife called to tell him that she thought their house was on fire. As he raced to his vehicle, calls came in confirming the news. 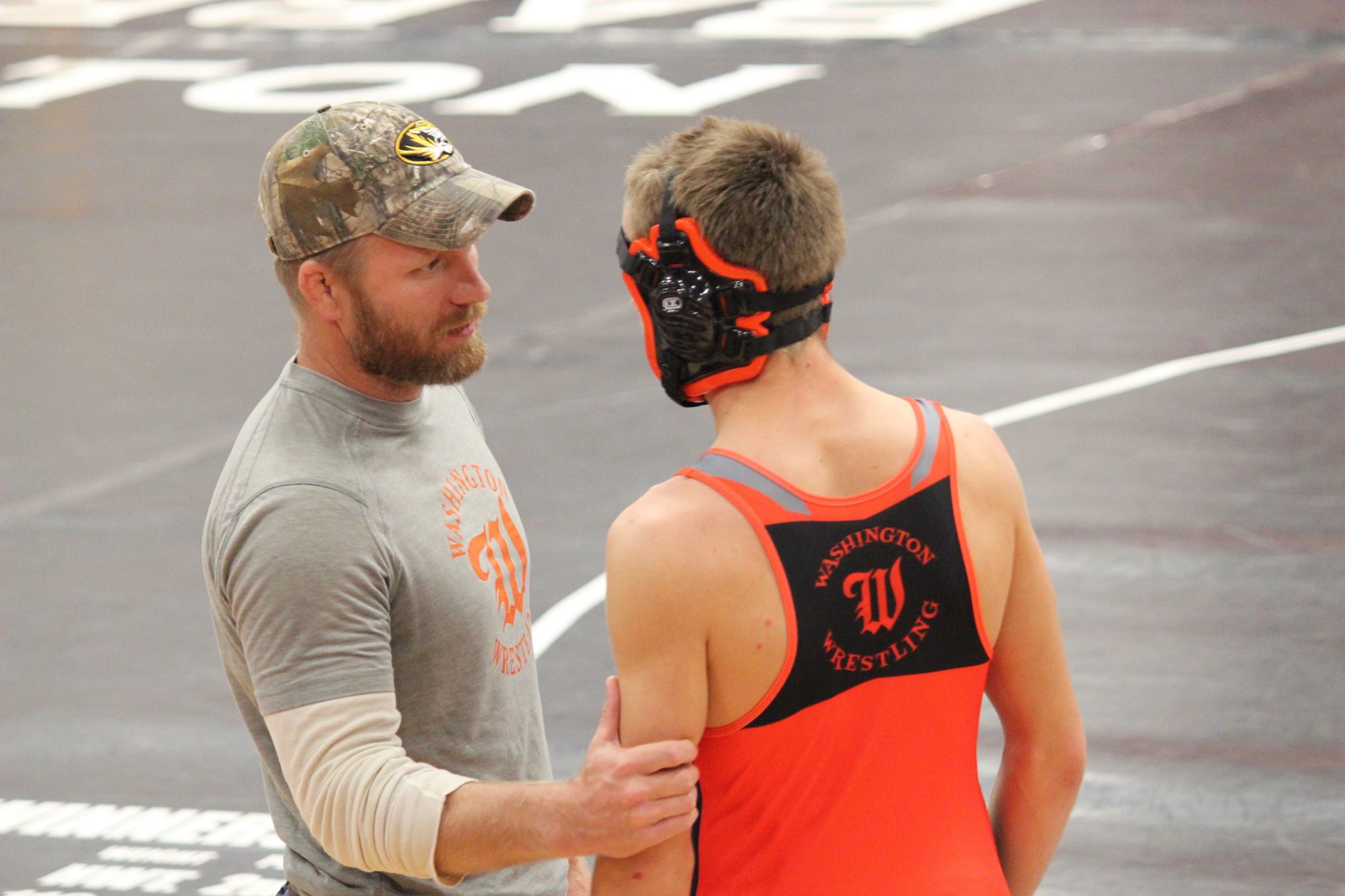 As he made the agonizingly long 20- to 30-minute drive home, the painful reality set in.

When he arrived home, his wife was already there as were friends and neighbors as well as five different local fire departments.

Luckily, no family members were home at the time – including his three children – but a family pet was lost.

“As a wrestling coach, you tell stories of faith and adversity to you kids,’” Medlin said. “You try to teach your kids life lessons that they are hopefully going to use when they’re adults. We obviously had some adversity, so it was a good chance to show them it doesn’t matter the situation. You’re still supposed to do the right thing whether it’s in wrestling or life.”

The source of the fire remains unknown, but the cause was electrical.

News of the fire spread quickly, including onto Illinois Matmen’s Twitter page that night.

Thoughts and prayers to Washington Coach Bryan Medlin and his family as they lost their home tonight in a fire.

Almost instantly people reached out and asked to help in any way possible.

“There was such an outpouring of people who cared,” Medlin said. “It was so humbling. It’s almost like you couldn’t feel bad. So many people came up to us – almost 15-20 an hour – and we had almost 100 texts or phone calls a day with people asking if they could do anything. It’s hard to pity yourself when you know that you have so many people who care for you. It was heartwarming, and I’m not sure how people who don’t have that support system get through it.”

The Medlins spent the night with family members, and the next evening Medlin coached his Class 2A No. 1-ranked Washington wrestling team in the DubTown Throwdown against 3A No. 1 Oak Park-River Forest. 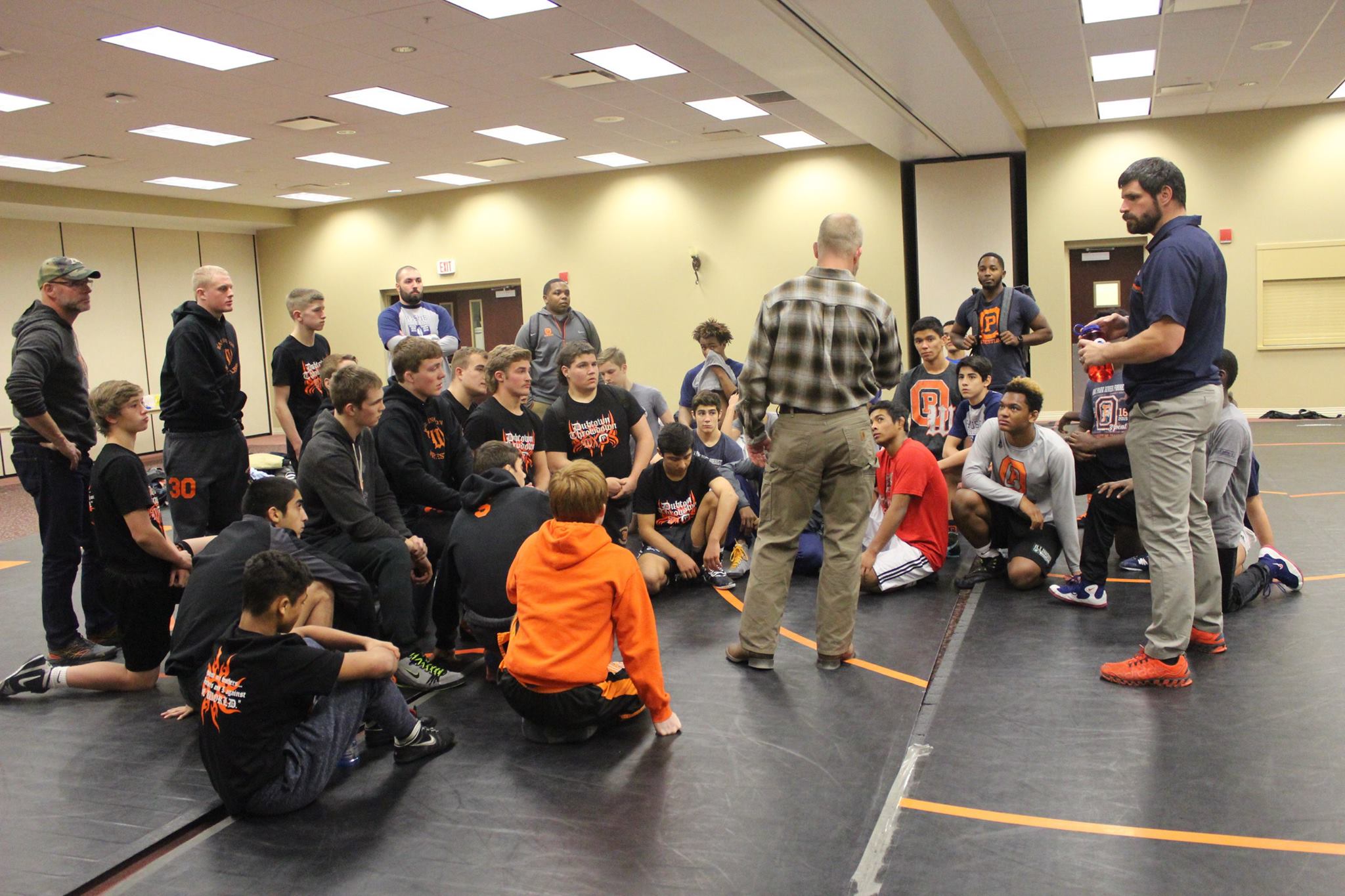 OPRF brought more than its team that night as the Huskies came with Christmas presents which included clothes and toys.

The outpouring of support and gifts kept coming for weeks.

“The response from the wrestling community and Washington itself was amazing,” Medlin said. “Our kids had a great Christmas. I think they learned a lot about possessions and what’s important. It’s not just, ‘I want this new toy for Christmas’ or ‘I want that.’ I think they realized all those things can be gone in a second, but I think they learned that everything they wanted they already had in family.

“It may sound weird, but I think (the fire) was a good thing and did a lot for their perspective and my perspective.”

The family spent Dec. 23 in a hotel before spending Christmas Eve and Christmas day with family.

On Christmas, Medlin also made an unexpected discovery.

“I actually found my wedding ring on Christmas,” Medlin said. “It’s an heirloom ring and it’s my father’s ring and his father’s ring, so I was happy to find it. It was a needle in a haystack type thing, and I was fortunate to find it.”

His wife’s Christmas present – ordered online – also arrived to the house the day after the fire.

“I had actually been a late shopper, so we got her present the next day,” Medlin said. “I was sifting through the remains and the UPS guy drove up. It was kind of weird, but he gave me her present. My late shopping was actually for the best.” 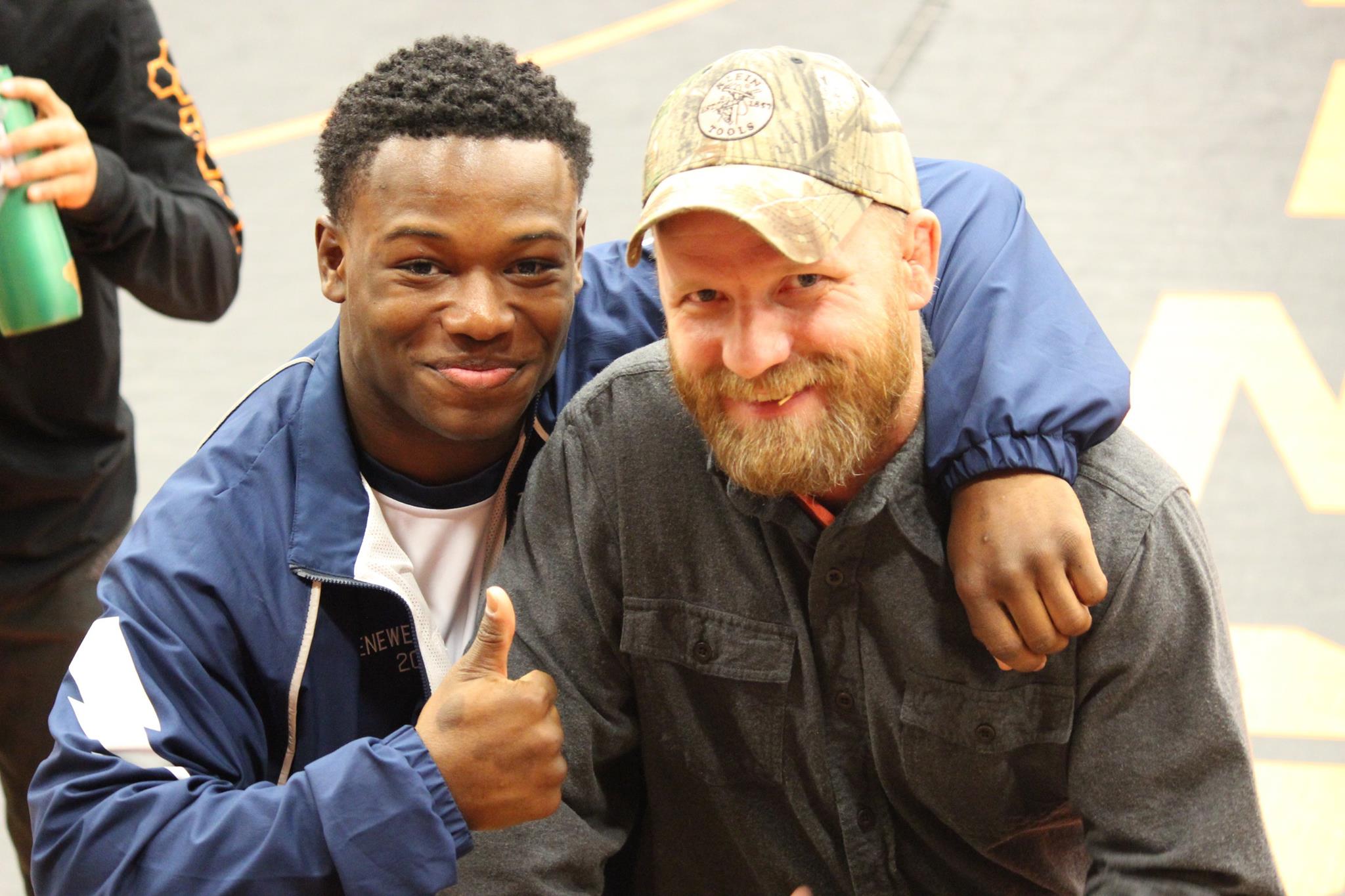 “I didn’t know about the GoFundMe page for a few days, and somebody told me to take a look at it,” Medlin said. “When I heard about it, I went online and I couldn’t believe it. I was so grateful.”

It’s been nearly a month since the fire, and Medlin says his life and family are pretty much back to normal.

Currently, the family is living in a hunting cabin owned by one of his wrestler’s family and it’s located not far from their old home and on the same bus route.

The Medlins intend to rebuild on the site of their old home and excavation is scheduled to begin next week.

“This process really makes you assess who you are and ‘Have I been as good of a person as everyone is being to me?’” Medlin said. “I think it made me feel better to know that we made an impact and that people cared. People who didn’t even know us went out of their way to make sure we had a good Christmas and a place to live. It was amazing.” 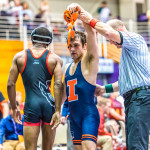