We are now accepting nominations for this week’s GO EARN IT High School Wrestler of the Week! We are looking for wrestlers that have had a standout week. 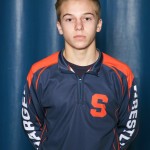