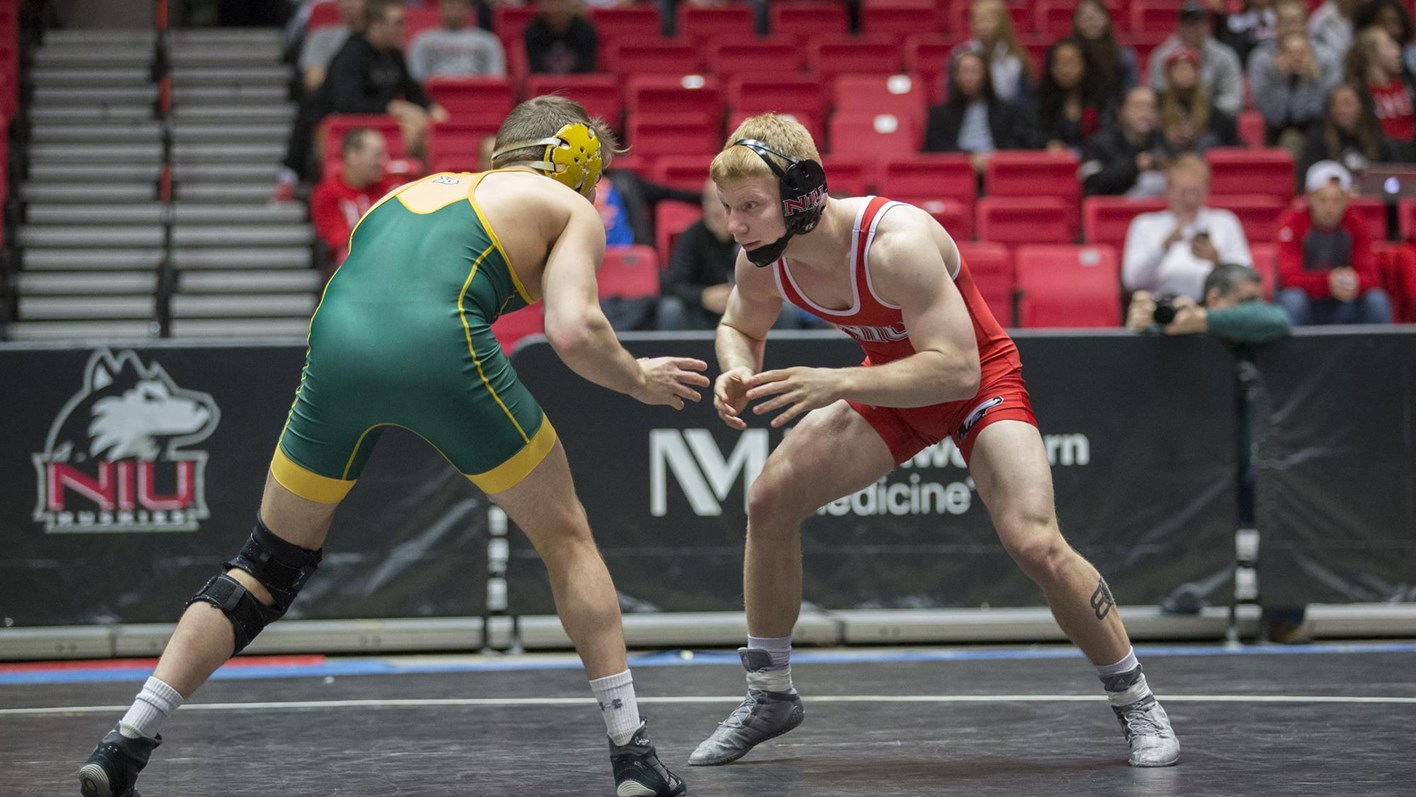 Caden McWhirter (Prattville, Ala./ Prattville) set the tone in the first match of the day. The Huskie redshirt-sophomore pinned Eric Fasnacht of Buffalo at the 1:38 minute mark of the first period at 157 to give the Huskies an early 6-0 lead.

The very next match at 165, Andrew Scott (Holly Mich./ Holly) defeated Noah Grover of Buffalo via a major decision, 9-1. The Huskie redshirt junior earned his first dual win of the season and his sixth overall on the year to give NIU a 10-0 advantage.

“Caden, Andrew and Q[uinton] came out and set the tone and especially with two of the three matches with bonus points,” said Ludwig.

Buffalo started to rally and scored 16 consecutive points to tie the score at 16. It all came down to 149, where freshman Nolan Baker (Byron, Ill. / Byron) went head-to-head with Nicholas Palumbo.

Baker led after round one, 8-1, but Palumbo came roaring back in the second round. In the end, Baker defeated Palumbo, 12-9, in a thrilling ending for the Huskies. It was Baker’s first collegiate victory.

“Obviously, Nolan was the one in position to seal the deal. He showed great poise and fight. Couldn’t be more proud of him,” said Ludwig.
“The coaching staff is really proud of the guys right now. We spoke about resilience and the character it takes to respond from a recent hit. They did it the right way today.” 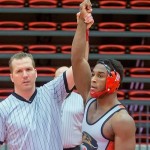 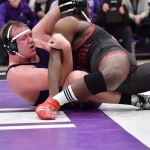