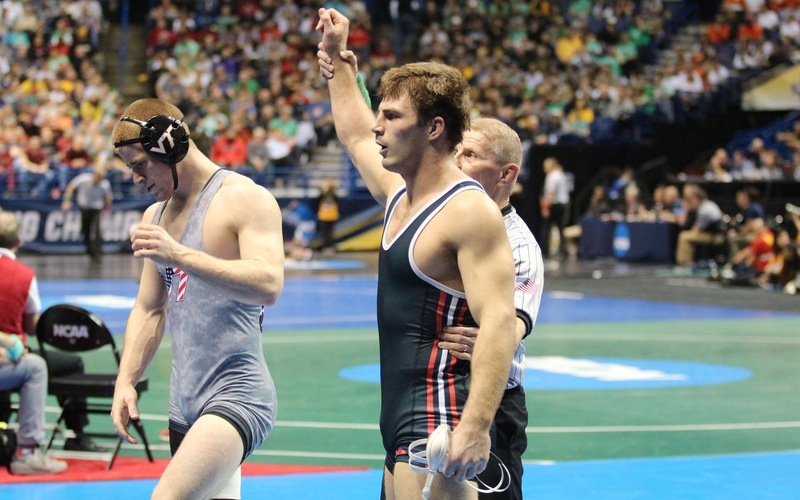 Jake Residori had a feeling.

After the Minooka native and 174-pound redshirt senior on the Southern Illinois-Edwardsville wrestling team won a pigtail match at Thursday’s NCAA Championships at the Scottrade Center in St. Louis, the unseeded Residori fed into the No. 7 seed at his weight.

What happened next surprised everyone.

“I just had a feeling about that match,” Residori said. “I really did. I just went in, wrestled tough and I got it. It felt great.”

What he got was one of the biggest upsets of the tournament – FloWrestling called it the No. 1 upset of the first round – and the victory sparked Residori to All-American status as an unseeded wrestler.

“The win really boosted me and made me say, ‘Hey, I can really do this,’” Residori said. “He was a returning All-American and a high seed, so once I won that match I knew I could go far in this tournament.”

“I don’t think it’s quite hit me yet,” Residori said.

It’s still sinking in for many.

Residori, who will graduate with his MBA in December, took the long route to All-American status.

In the 174-pound pigtail match, Residori beat Oklahoma’s Matt Reed by a 7-6 decision to enter the main draw.

In the first round, Residori pulled off a major upset – one that has impacted the team race – as he beat No. 7 seed Kyle Crutchmer from Oklahoma State by a 6-5 decision.

“That was huge for our program,” fourth-year SIU-E coach Jeremy Spates said. “It was on FloWrestling and on all the different wrestling websites as the ‘Upset of the Tournament.’ We’re getting all that publicity. It’s crazy because Oklahoma State’s in the team race, so everybody else in the team race was rooting for Jake.”

In Thursday night’s second round, Residori fell to No. 10 seed and Illinois redshirt senior Zac Brunson by a 6-2 decision, but he rebounded with a pair of wins Friday morning – a 4-1 win over Edinboro’s Ty Schoffstall and a fall at 2:49 over NIU’s Trace Engelkes – to advance to Friday night.

“I knew (Engelkes) wanted to dig some underhooks, so I was defending it and defending it,” Residori said of how his fall came. “He finally slipped one in, but he didn’t have it all the way so he started running with it. It was just an easy throw. He went too hard at it, so I was able to just hip-toss him over.”

With All-American status on the line Friday night, Residori defeated No. 4 seed Zach Epperly from Virginia Tech by an 8-3 decision to guarantee himself a medal, but he then lost to No. 9 seed Myles Amine from Michigan by a 12-2 major decision.

With the loss, Residori will face Crutchmer again on Saturday monrning in the seventh-place match.

“This is all a credit to his work ethic,” Spates said. “He’s always worked so hard these last four years (that Spates has been the SIU-E coach). You want it for all of your kids, but especially for a kid like Jake. He’s our team captain and such a hard worker, so at the end is when you see it pay off.”

Along his path to All-American status, Residori has beaten the No. 7 seed, the No. 15 seed and the No. 4 seed.

“I was hoping to be in this position,” Residori said. “I came in with no expectations. I just knew I needed to come in and wrestle hard and take it one match at a time, and it happened.”

Residori was one of three SIU-E wrestlers who qualified for the NCAA Championships and one of two Cougars who advanced to Friday night, but 125-pound senior Freddie Rodriguez lost his match to end a win shy of All-American status.

Even with the loss, Residori and Rodriguez’s performance has helped to elevate the SIU-E program to national status.

“This is a huge stepping stone for the program,” said Spates, whose program was in the top 10 in the team standings for awhile on Thursday. “We’ve felt like we’ve been close, but to finally get over the hump and to have that moment is a big deal.” 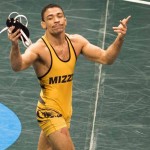 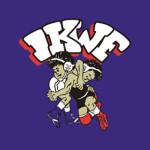