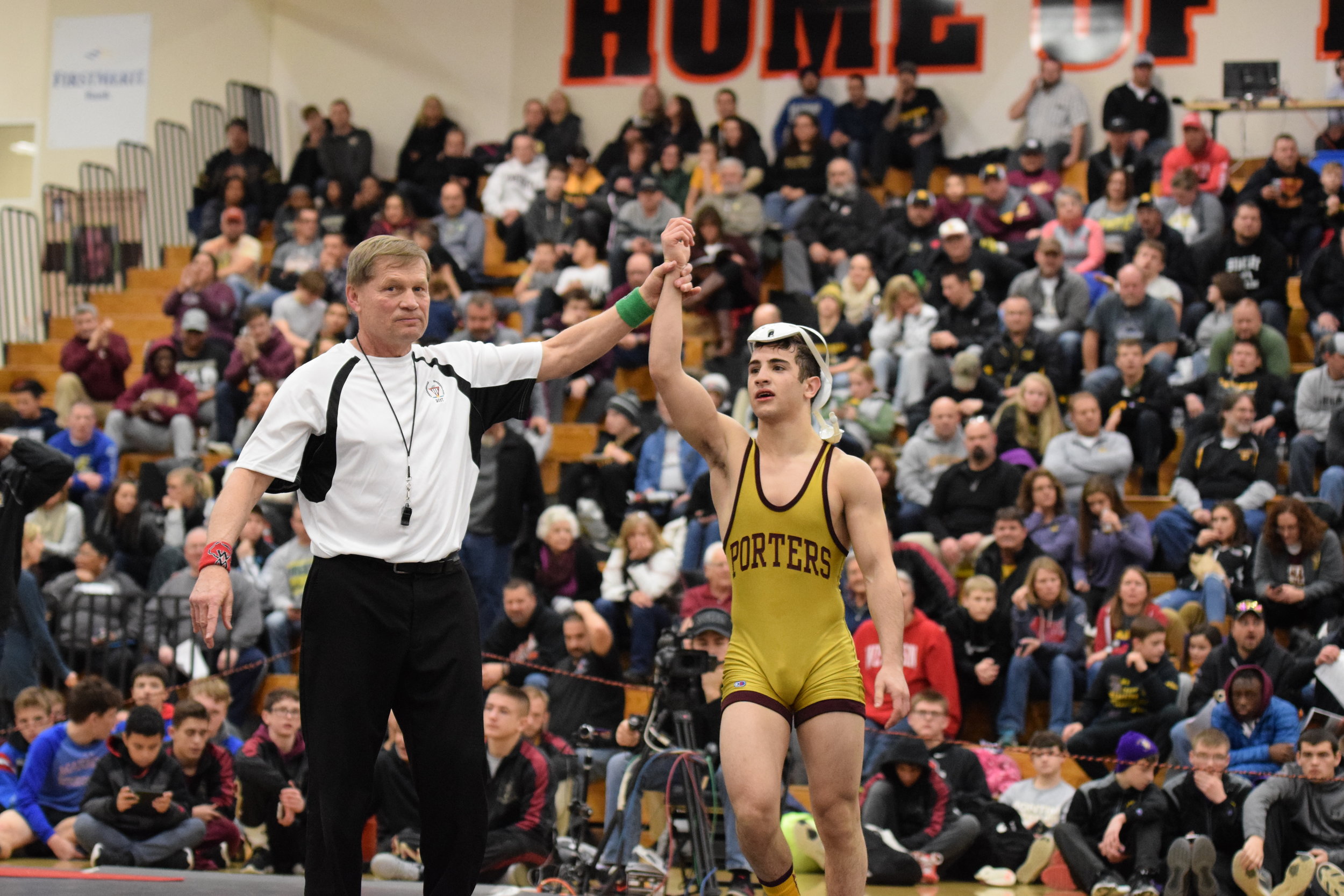 Lockport senior Abdullah Assaf has displayed total dominance on the mat since the calendar turned to 2017, but the 132-pounder still recognizes the importance of being humble.

“I don’t care if I’m wrestling a kid that’s 2-24 or a kid that’s undefeated,” he said. “I know that anyone is capable of doing what they need to do on any given day. If you’re too cocky, kids you don’t see beating you will do it. I like to stay humble.”

On the other hand, a little arrogance can help sometimes.

“I’m not going to lie, I can get a little cocky sometimes,” Assaf said. “You need that edge when you go into a match, especially against a top kid. I do like to think I’m humble, but at the same time I have the confidence and belief that I’m better than the rest of these kids. That’s what drives me.”

Assaf (21-2), ranked No. 2 in Class 3A, hasn’t lost since December, when he dropped a pair of matches to out-of-state wrestlers at the Powerade Tournament in Pennsylvania.

“He had a bit of a setback at the Powerade,” Lockport coach Josh Oster said. “After that, we made a couple adjustments. He really likes to stay on his feet and attack and he’s been doing that, wrestling really aggressively. He’s been rolling ever since.”

Assaf won the 132-pound title at the Cheesehead Invitational and captured the SouthWest Suburban title.

He was one of eight champions for the Porters at the Lockport Regional.

The regional title didn’t come easy for him, though. Oswego’s Gannon Hughes, ranked No. 7, put up a good fight in the title bout before Assaf prevailed 6-4.

“Most of my matches the last couple months, I’ve been able to open up and score a lot of points, kind of do whatever I wanted,” Assaf said. “I really like how (Hughes) wrestled me the whole time and didn’t back down.

“That match will just make me better for when I’m in a sectional final, or in a close match down the line. Those are the matches you learn from. I love learning.”

Assaf has done plenty of learning in his time at Lockport.

He failed to make it out of regionals as a freshman, but finished third in the state at 113 pounds as a sophomore and took fifth at 120 last year.

“I won a couple state titles in middle school and I came in as a cocky little kid,” he said. “My freshman season really humbled me. When I started here, I only had one takedown.

“This program has helped build me. My offense has gotten a lot better. I’ve gotten a lot tougher. Overall, I’m just 1,000 times better than when I started here.”

“I liked being able to be aggressive with kids,” he said. “I’m short, so I could never really play basketball. I was never good at football. So wrestling stuck with me. From that first day on, I wanted to be the best. That’s been my mentality since fifth grade.”

Assaf hopes to continue his career at a major Division I college.

He said he plans to visit Missouri, Purdue, Illinois, Northern Illinois and Virginia after the season.

First, he has his sights set on state titles for him and the Porters.

Lockport, No. 1 in Class 3A, is coming off a dominant regional performance, winning the title by 98.5 points over runner-up Providence.

“This team is like a family,” Assaf said. “These guys are my brothers. Most of us have wrestled together eight years. We’re as motivated as it gets right now.

“We wanted to come out (at the regional) and show them that’s no one touching us this year. Whether Providence wants to stand in our way or Oak Park or Marmion, whoever thinks they can hang with us, we just want to show them that they can’t.”

Assaf believes no one can hang with him, either.

“Everything is leading up to that ultimate goal of winning a state championship,” he said. “I feel really good about where I’m at right now.” 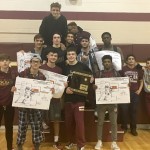 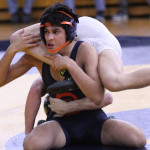