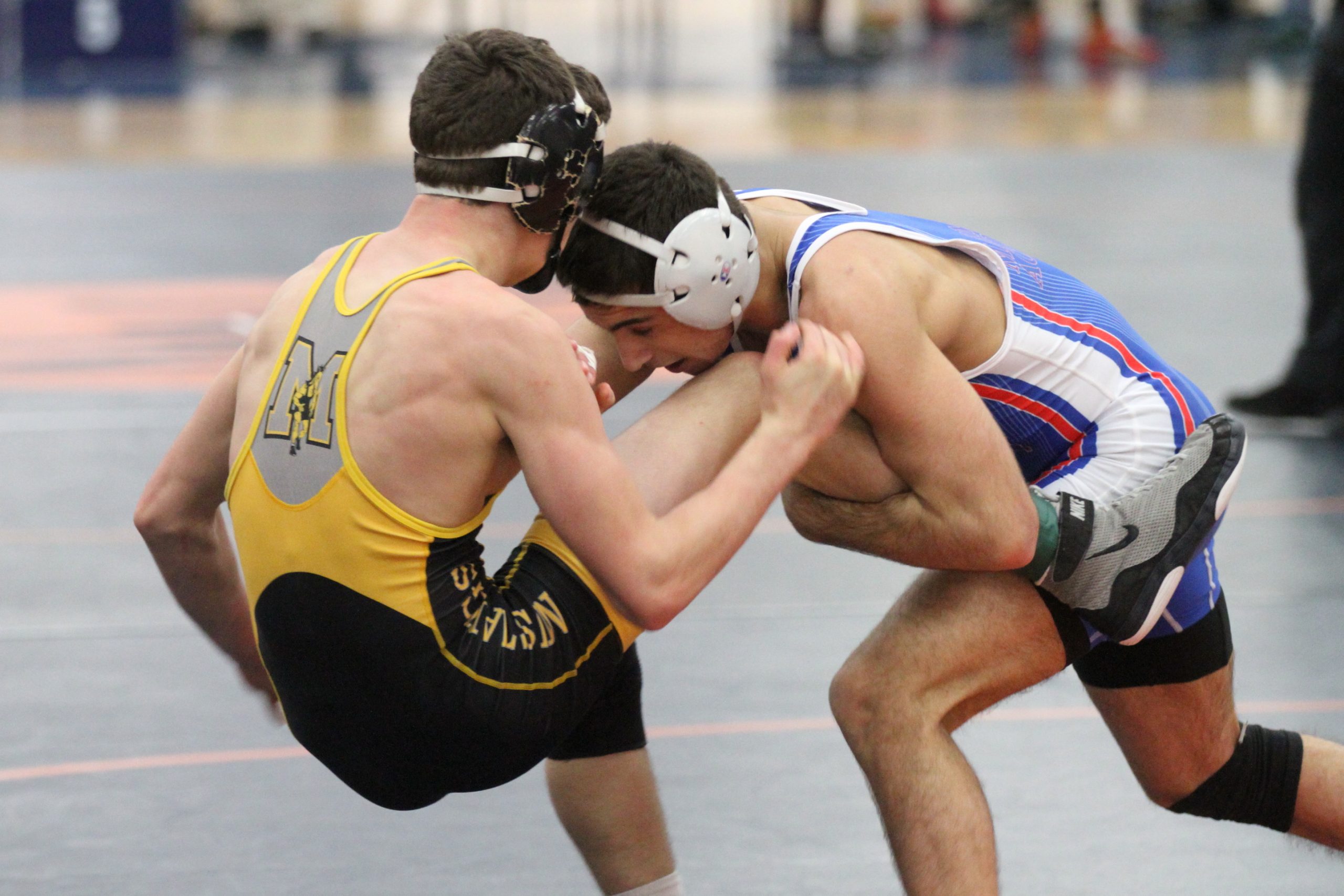 Wrestling without some of its key wrestlers on Saturday, Marmion nonetheless showed the caliber and depth of its program at this year’s Naperville North Class 3A regional.

Despite the absence of Mikey Callahan, Sean McKenna, and returning state champion Riley DeMoss, the Cadets rolled to a fourth straight team regional title, went a perfect 10-for-10 on the title mat, and sent 12 wrestlers to Friday’s individual sectional at Batavia.

“We want 14 titles. We want to win every match,” returning state champion Nathan Traxler said. “We train hard to make sure we’re in this position when we come here. It isn’t something we hope for, it’s something we expect.”

The Cadets finished with a 247-133.5 lead over second-place Naperville North, and hope to have Callahan and McKenna back in their lineup when the team sectional rolls around.

Marmion freshman Nathan Callaway went into Saturday’s regional with an 8-2 record at 106, but won 3-1 over a 30-match winner in Naperville North’s Ben Kruk. Callaway then won by major in his semifinal match before pinning Batavia’s Andy Posiedni on the title mat. Kruk wrestled back to place third.

Van Poucke was ready for Sims’ next shot, taking him to his back and pinning him at the 1:17 mark.

“I knew he’d start out really aggressive and after a while I knew he was just going to dive for my legs,” Van Poucke said. “I just caught him and I knew I had plenty of time to sink it in there. I took my time and it worked. This feels really good. I took second (at regionals) last year so I’m hoping to take this to sectionals next week.”

At 120, West Aurora’s Isaac Jacquez found himself in even more hot water than Van Poucke. Naperville Central’s Jake Keating led 2-0 after a period in their title match, and 5-0 heading into the third before Jacquez escaped to make it 5-1.

Jacquez earned a takedown and three back points late in the match and rode Keating out for the 6-5 decision win. Jacquez missed this year’s UEC meet due to injury.

“I had to push the pace and get it close,” Jacquez said. “I took him down off my front head. I feel good there and know I can score. I had a quarter-Nelson and he almost went over the first time when I put some pressure on. I figured if I put a lot more pressure on my toes, I could get some back points.”

“I faced (Jandt) last year and he’s a tough kid. He grew a lot more and he’s pretty big but I knew if I just stayed on top, I’d be fine,” Polka said. “Once I got my first takedown it led to more offense.”

Polka is looking forward to Friday’s sectional at Batavia.

“This is where it counts,” Polka said. “My goal is obviously to get downstate and place. I’ll start getting ready tonight to get my weight down. I’ll get my two miles in.”

Anthony Cheloni joined the Marmion parade with a pin at 5:55 against Naperville North’s Aaron Kruk on the title mat at 132, with West Aurora’s Johnny Acevedo taking third. Cheloni and Kruk were tied 0-0 after a period, and Cheloni reversed Kruk in the second before taking him down in the third and winning by fall.

Ferraro won by fall over North’s Steve Schmult on the title mat at 170 and was just happy to be healthy with the postseason now here.

“I had surgery and missed the first month of the season. I came back in December,” Ferraro (22-6) said. “Now that I’ve had some time, things have come together and I feel pretty well. It took some time but in the last two weeks I finally felt like I could go a full match.”

Traxler improved to 42-2 with a tech fall, a fall, and then a 9-4 decision on the title mat against Waubonsie’s Mason Kroening. Traxler is top-ranked at 182 and the second and third-ranked wrestlers in Willowbrook’s Jack Jessen and Sandburg’s Patrick Brucki will join him at the Batavia sectional.

“I just have to get the job done,” Traxler said. “The first (state title) was sweet and if I win another one I’m not sure what I’d do. Do I act like I expected it? Because it’s always fun to scream and yell.”

The title match at 195 saw Metea’s Dylan Ervin and Waubonsie’s Max Ihry square off for the third time this season. They’d gone 1-1 against each other heading into the regional.

After a scoreless first period, Ihry escaped and earned a takedown at the edge in the second, and led 3-1 to start the third. Ervin escaped to start the third to make it 3-2 and was awarded a match-tying point on a stall call just before time expired in the third period.

Ervin ended the match in the first overtime period with a takedown near the edge, winning his first regional title.

“We’ve gone back-to-back-to-back and Max is a terrific athlete, a terrific wrestler, and we’re terrific friends,” Ervin said. “I lost my focus in our match last week and with an athlete like Max, he’s always going to capitalize on it. That was a loss that was well-needed. Anyone is beatable and if I want to achieve everything I can, I need to push myself.

“Max is never going to lay down and give you a ‘W’. Going into the match I knew I had to keep my head and that was a hard six-plus minutes. I want to wrestle that quality of a wrestler the rest of the way if I’m going to win a state title.”

At 220, Batavia’s Dylan Uzumecki improved to 40-2 with a trio of first-period regional pins, the last coming at 1:44 on the title mat against Naperville Central’s Christian Nussbaum.

It was Uzumecki’s 24th pin of the season.

“I came into this tournament expecting to win but I’m not overconfident,” Uzumecki said. “I try not to worry too much about who I’m wrestling at the sectional. I lost my first match downstate last year and that was it for me, so I don’t plan on doing that again.” 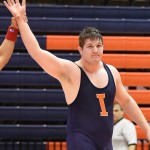