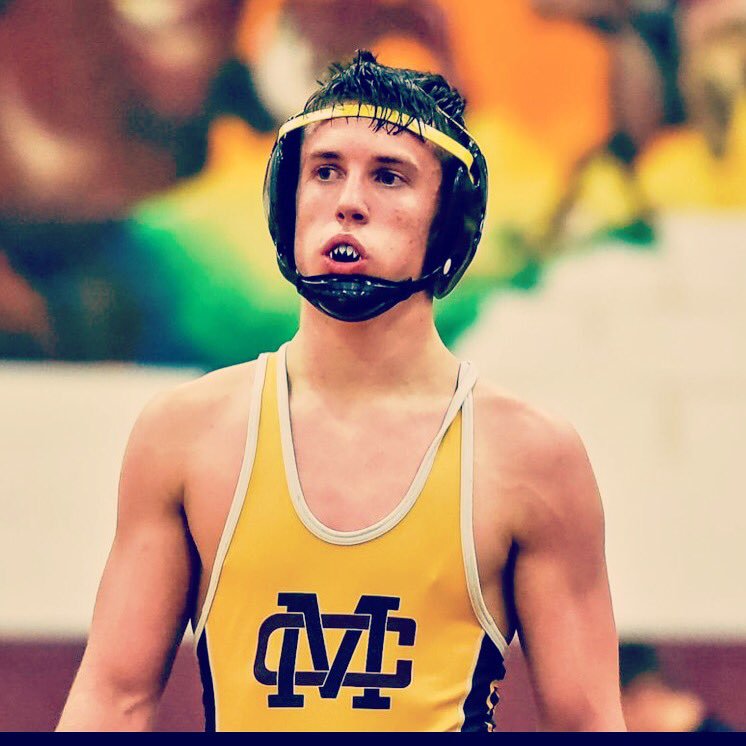 Jake Stiles finished second at 115 on an IKWF state title mat as an eighth-grader. He wrestled and played football his freshman year at Montini, but cracking the Broncos’ lineup can be tough for part-time wrestlers, so he gave up football in order to wrestle year-round.

Wrestling at 138 as a sophomore, after a full year of toiling at the hardest sport, Stiles saw his individual season end at a Class 3A sectional when he lost matches to Mt. Carmel’s Kendall Coleman and Marmion’s Anthony Cheloni.

“That was a tough pill for Jake to swallow,” Montini coach Israel Martinez said, “especially after he gave up football to become a full-time wrestler. He didn’t get to see a reward at the end of the year.”

Stiles’ season wasn’t over after the sectional, as Montini reached the dual team state title mat against Lockport. But the Porters beat the Broncos, leaving Stiles feeling like a bridesmaid yet again.

Forget hungry. This kid is starving.

“I have a lot to prove and I’m ready to show people what I’ve got,” Stiles said. “And I’m a different wrestler. I trained a lot harder in the off-season this year.”

Stiles is currently ranked No. 1 at 145 pounds in Illinois Matmen’s Class 3A rankings. He was ranked second behind Coleman after the first week of the season before winning a 1-0 decision over Coleman in a quad on Saturday.

That he exacted revenge twice in one day points to the chief difference between the Stiles of last year and this year’s upgraded version.

“Jake Stiles is one of those guys who’s strong, he’s fast — he’s got it all,” Martinez said. “And now he finally believes that he belongs with these guys and you can see it out there.”

Confidence is built slowly in most young wrestlers and Stiles was no different.

“I’ve fixed up some technical issues I had last year and I’m wrestling better,” Stiles said. “But I’m also wrestling more mature. I’m a junior now so I feel older and it’s just a process. I don’t feel like a little kid anymore.”

Coleman beat Stiles 7-2 in their sectional semifinal match last year. So in the week leading up to Montini’s duals on Saturday against Providence, Mt. Carmel, and Bowen, he gave special attention in the practice room to what a top-shelf wrestler like Coleman brings.

Returning state champion Will Lewan was there in the Broncos’ practice room, helping Stiles to get ready for Coleman.

“Coleman’s a fast wrestler, he likes those low legs, he likes to shoot a lot,” Lewan said. “So Jake and I worked on what to do to stop it. And he pulled it off. I’m proud of Jake. He wrestled tough.”

One of the benefits of wrestling at programs like Montini is that everywhere you turn in the practice room, there’s a highly-ranked wrestler ready to hammer on you.

“I have great training partners,” Stiles said of Lewan, Fidel Mayora, and Real Woods, among others. Lewan was a state champion at 145, Woods was a state champ at 126, and Mayora placed third at 132 last year.

“Real’s the fast one so I can go to him when I want to work on facing that quickness, Fidel is strong with good technique, and Will is a combination of those two,” Stiles said. “So I can go anywhere in the room and get tested.”

Like all wrestlers, Stiles is focused heavily on improving his technique and conditioning. He improved his diet, “which helped out a lot with the energy I have on the mat,” he said.

He’s also working towards allowing instinct to guide him on the mat.

“When my mind is clear and I’m not overthinking things, I’m go-go-go and nothing’s slowing me down or stopping me,” Stiles said. “I have to clear my mind and just wrestle. When you think too much, that’s when you start messing up. Just wrestle and don’t worry about anything.”

Only time will tell, but all the ingredients are there for Stiles to have a breakout season.

“I’m so ready,” he said. “These (top wrestlers) don’t scare me at all, and I’m not being cocky; I’m just ready to battle and wrestle to the best of my ability. I want to wrestle in college and I’m hungry to get my name out there.”