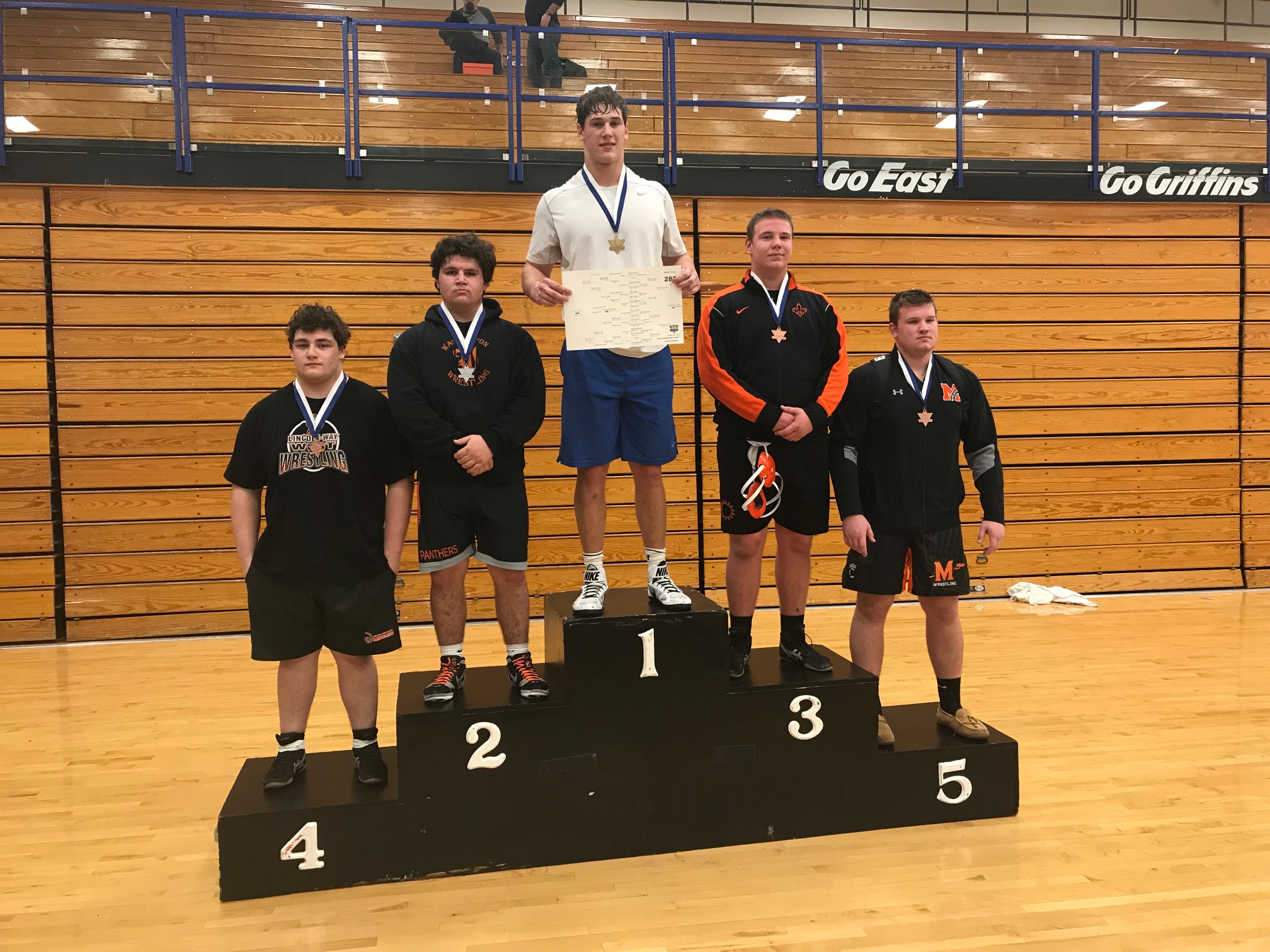 Devin O’Rourke could have walked away from wrestling.

The Lincoln-Way East senior missed all of last season because of a broken thumb. And he was still playing football when this season started, helping the Griffins on their unbeaten run to the Class 8A state title.

His future is on the gridiron as one of the centerpieces of Northwestern coach Pat Fitzgerald’s latest recruiting class.

“A lot of guys, I think, wouldn’t have come back because they’re going to play college football and they missed a year,” O’Rourke said.

That was never his plan, though.

“I’ve been wrestling since I was 4 years old, started at the Oak Forest Warriors,” he said. “It’s just kind of second nature. It’s in my family, so I wanted to come back.”

So far, so good for O’Rourke, who moved to 18-1 by winning the 285-pound title Saturday at the Illini Classic in his home gym.

Though it’s his last season — and last chance to qualify for state — O’Rourke is trying to stay low-key.

“I’m kind of trying to attack this year with no pressure,” he said. “I think sometimes I put pressure on myself. I work myself up a bit.”

He cruised through his bracket on Saturday with a first-round bye, a 57-second fall, a 10-0 major decision and a 5-0 win over Washington’s Jace Punke (29-3) in the final.

Though he was off for almost two years because of the injury, O’Rourke felt no rust this season.

“It’s kind of like riding a bike,” he said. “It didn’t take very long to get back (to wrestling mode).”

O’Rourke is looking forward to the next phase in his athletic career. But it’ll also be a little bittersweet.

“When I’m in college, I feel like I’m going to miss rolling around with my friends in practice,” he said.

Saturday was business as usual for 145-pound champ Blaize Punke (29-2) and Washington, who are gearing up for what they expect to be another memorable postseason run.

“At the beginning of the season, I was a little rusty because I was getting back into it from football,” Blaize Punke said. “That’s why I think I had those two little mistakes (losses). Now I’m feeling really good.”

“I felt it was a good match,” Dado said. “Dominated the first and second periods, then tried to do some throwing. Caught him on his back, so I could get a couple extra points.”

Baldridge is preparing for what he hopes will be a third straight trip to the 2A title bout. He also is hoping for a different result after two straight runner-up finishes.

“I’m tired of getting second place,” he said. “I want that gold finally.”

He also wants that perfect record.

“My motivation to stay undefeated is more or less to top what my brother did,” Baldridge said. “That’s always been the goal, a step higher than my brother.”

Kenny Baldridge was a three-time state placer and won the 2A title at 132 in 2014. But he had one loss that season — to Boylan’s Alexander Butler, whom he wound up pinning in overtime in the state final. 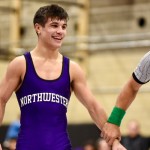 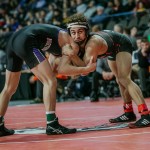