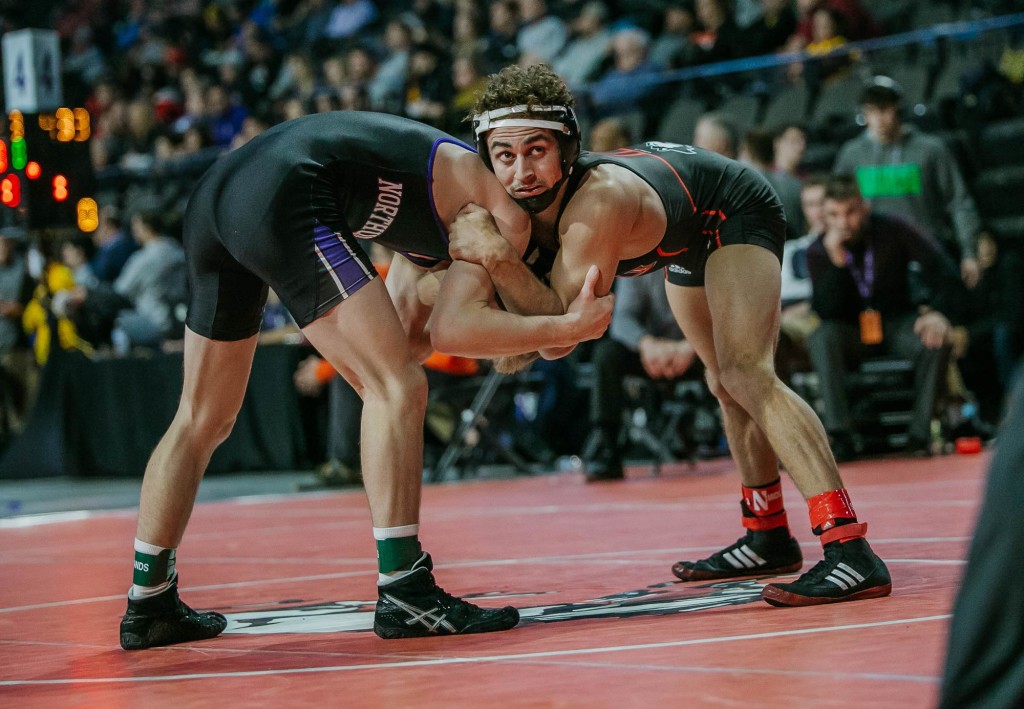 SPRINGFIELD, Ill. – The Northern Illinois University wrestling team swept a pair matches in the SIUE Tri-Meet at the Bank of Springfield Center in Springfield, Ill.

NIU defeated The Citadel, 43-10, in the first dual of the day and scored a 28-14 victory over Southern Illinois University at Edwardsville in the second dual of the day.

“[We are] just proud of the fight and effort of every man tonight,” said NIU head wrestling coach Ryan Ludwig. “From our freshmen that responded to the call to our seasoned guys we left it out there.”

The Huskies were led at 133 by Alijah Jeffery (Marion, Iowa/ Linn-Mar) who won both of his matches via pin fall. The Huskie redshirt-junior defeated The Citadel’s Nicholas Long at 2:44 and Joe Antonelli of SIUE at 1:36. Jeffery is 14-7 this season and has a team-leading 65 career wins.

At 157, Caden McWhirter (Prattville, Ala./ Prattville) took his two bouts of the day. The Huskie redshirt-sophomore defeated Rian Burris of The Citadel in a major decision, 9-0 and defeated Karsten Van Velsor via pinfall at 2:04. McWhirter is 4-5 on the season and has 41 career wins, which is second on the team.

Bryce Gorman (Manhattan, Ill./Lincoln-Way Central), coming off of injury, stormed back in the lineup and went 2-0 at 184. The Huskie redshirt-junior took a tech. fall over The Citadel’s Michael Lopouchanski, 22-7, and defeated SIUE’s Bryce Shewan in a major decision, 14-5. Gorman has not wrestled since the Hoosier Duals in the beginning of December.

At 285, coming off a strong effort at the Midlands Championship, Caleb Gossett (St. Charles, Mo./Francis Howell Central) and went 2-0 in the tri-meet. The Huskie redshirt-sophomore defeated Michael McAleavey of The Citadel in a major decision, 11-3, and Tommy Helton of SIUE by a sudden victory takedown, 5-3.

Freshmen Nolan Baker (Byron, Ill./Byron) at 149 and Jose Acosta (Manitowoc, Wis./Lincoln) at 165 made their season debuts for the Huskies on Saturday. Baker suffered a pair of setbacks, losing to Ty Buckiso of The Citadel on a major decision, 10-2, and Tyshawn Johnson of SIUE on a major decision, 19-6.

However, Acosta split his bouts defeating William Curtis of The Citadel via pin fall at 1:53 and suffering a loss to Nate Higgins of SIUE, 7-4.

“They are excited to be in the lineup and brought a lot of energy,” said Ludwig.

These two wins tonight will help motivate the team through next week where the Huskies will have two duals in three days.

“It’s about fighting for everything and we saw that tonight,” said Ludwig. “We will build on that moving forward.”