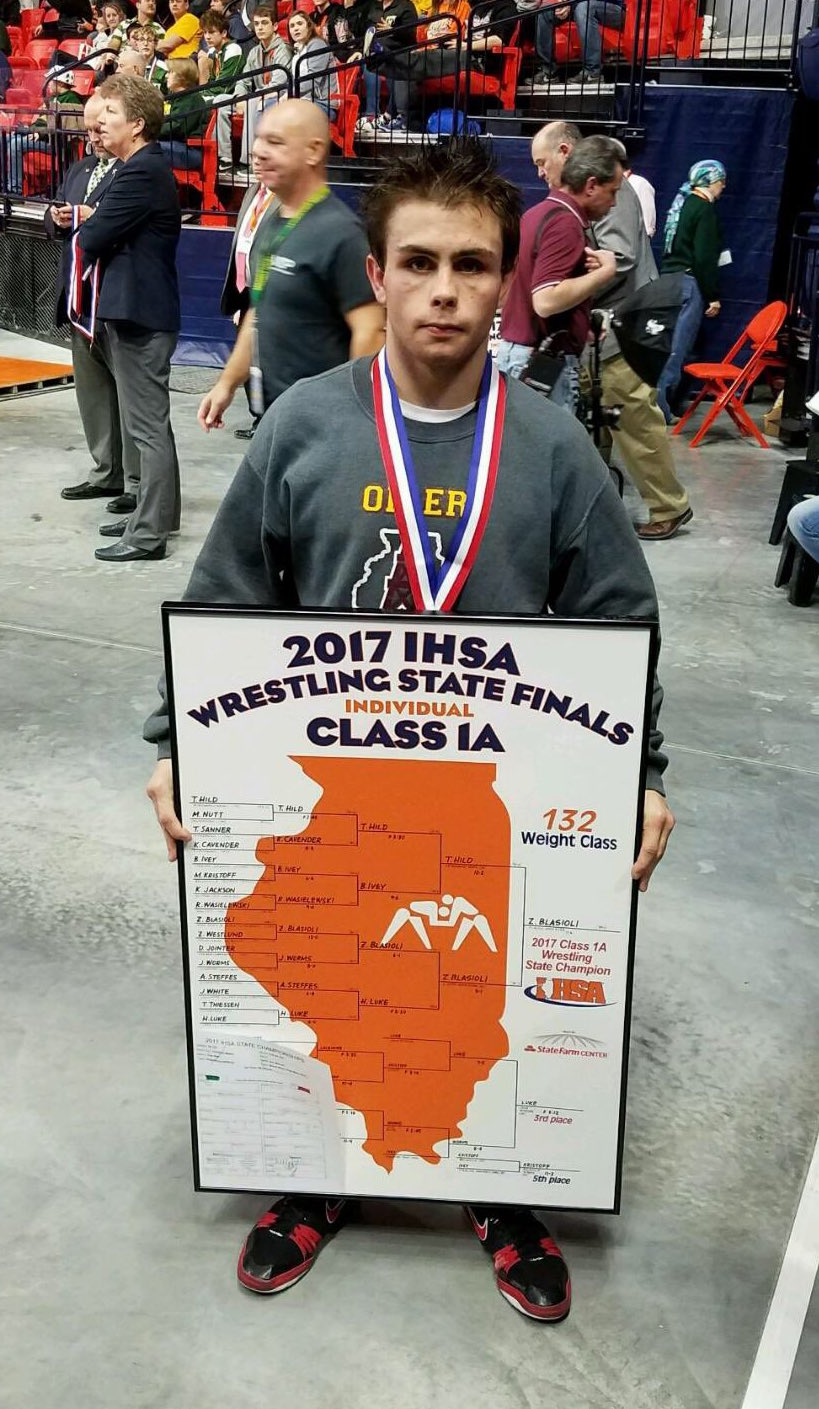 During his high school career, the only thing that changed more than Zac Blasioli’s weight was his attitude.

A two-time state qualifier his first two years of high school and a Class 1A state medalist freshman year at East Alton-Wood River, Blasioli still felt something was off and needed to change.

“He changed my whole wrestling career,” Blasioli said at Saturday’s IHSA State Tournament. “I used to be a lazy wrestler and win by just kind of standing around. He opened me up a little bit and forced me to move and push the pace. He just opened my eyes up to the wrestling world from standing there and being lazy to shooting and attacking the whole match.”

Turns out, Blasioli underwent more than just a change in style.

He underwent a complete wrestling transformation.

Once a 160-pounder, Blasioli actually lost weight as he got older as he dropped to 152 pounds his sophomore and junior seasons before he wrestled at 132 pounds this season.

“I went on my first college recruiting trip in Iowa and I wrestled with a 141-pounder and he was huge muscle-wise and height-wise,” Blasioli said. “I came back and talked to (East Alton-Wood River head) coach (Dave) Sobol and coach Huebner and I told them, ‘I can’t wrestle (in college) at 141, 149 or 157. I have to cut weight.’”

Nearly 25 pounds lighter than when he entered high school, Blasioli made all the hard work pay off Saturday as he defeated PORTA junior Trey Hild by a 7-5 decision to win the Class 1A 132-pound state title.

“It’s a way better feeling than I ever thought it would be,” Blasioli said. “The guys I grew up with won state titles in high school and I always thought it’d be cool to say, ‘Hey, I won one of those titles and have one of those bracket boards, too.’ Now I have one and it’s the greatest feeling ever.”

His incredible and remarkable transformation is now complete.

“I placed freshman year, but sophomore year I came back and didn’t have a good run,” Blasioli said. “Over that summer, coach Huebner and I stayed in touch quite a bit and that’s where we really opened it up.

“I lost a little bit of weight and I felt more fit just going down one weight class. Coming back my junior year at 152, I felt stronger and better than at 160.”

Going down an astonishing three weights this season did the trick even more.

After Blasioli – a Briar Cliff recruit – placed sixth at 1A 160 as a freshman and second at 1A 152 last season as a junior, his title was only the second in program history.

“This is the greatest thing I’ve ever felt in my life,” Blasioli said. “I don’t really know what to say other than this is awesome.”

The victory was also redemption after last season’s defeat in the 1A 152-pound state title match.

“I didn’t go to school for two days after I lost,” Blasioli said. “I stayed home and I literally ran on the track for two days straight. I would run until I threw up, come home and sleep and the next morning I did it again. 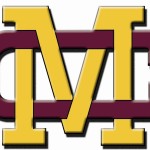