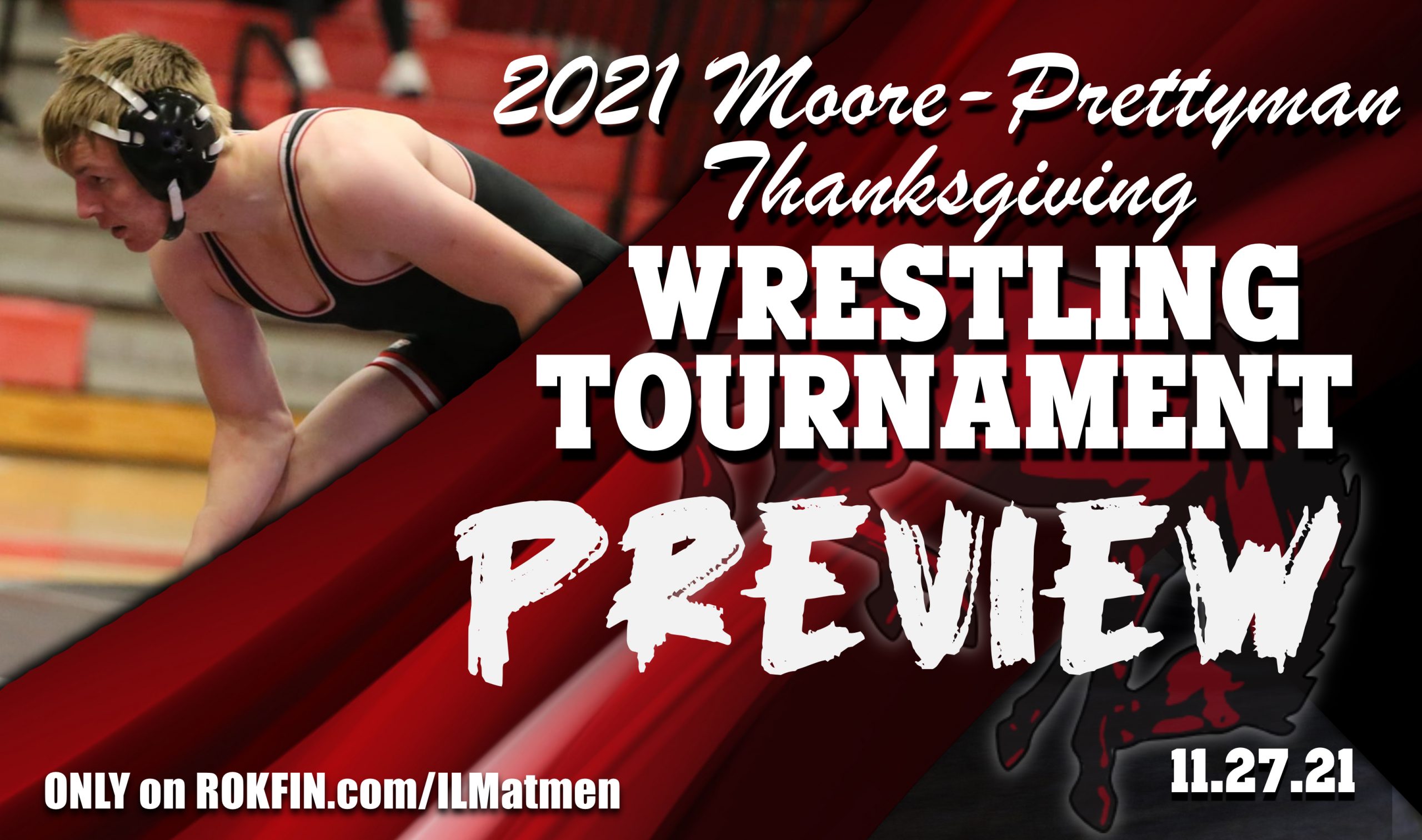 It is Thanksgiving time again in Illinois, which means it is time for the 2021 Barrington Moore-Prettyman Wrestling Tournament. After a year hiatus, the Barrington Tournament is back and will be more competitive than ever. New teams added this year that are sure to make an impact include Aurora Chrisitan, Lane Tech, Loyola Academy, IC Catholic, Sandwich, and Washington. The 30th Annual Barrington Tournament, is a Thanksgiving tradition that Illinois wrestling fans anticipate each year. It is the first major tournament of the wrestling season, and gives the first in depth look at some of the top teams in the state. Let’s see who you should be looking forward to watching this weekend. Illinois Matmen will be streaming the semi-finals and finals live on our Rokfin channel, be sure to tune in.

106 – #3 ranked Dominic Ducato (Jacobs) will be in the hunt for his 1st Barrington bracket. Standing in his way could be #4 Wiley Jessup (Fremd) and #6 Ethan Spacht (Bradley Bourbonnais). Others to watch include Donny Pigoni (Marmion) and Deven Casey (Aurora Christian).

113 – Returning IWCOA State Champion, #1 3A ranked Jameson Garcia, and #1 1A ranked Saul Trejo are the toast of this weight class. There will be a few wrestlers trying to knock them off their top spot.  Honorable mention Luke Bertold (Libertyville) is one of those wrestlers in search of the podium, and there is a chance that Ducato (Jacobs) and Jessup (Fremd) are up a weight, which will make some intriguing matchups.

120 – Looks to be a highly competitive weight class. #4 ranked Senior Lorenzo Frezza (Stevenson) won the Barrington two years ago and will be favored to win again. #5 ranked Jacob Crandall (Fremd) will also be the early favorite. But don’t sleep on #6 ranked Masey Odiotti (Loyola Academy) and honorable mention Tyler Aters (Marmion), both have been in big matches and will be ready. Throw in freshman Josh Vasquez (Aurora Christian) and #4 1A ranked Nick Renteria (IC Catholic) and this weight gets very interesting.

126 – #3 ranked Will Baysinger (Prospect) won the tournament 2 years ago at 106 lbs. And will be looking to stand atop the podium again. Challengers include #5 ranked Senior Caelan Riley (Libertyville), #10 Dominick Coronado (Yorkville), and honorable mention James Wright (Jacobs). Keep an eye out for Washington’s Kannon Webster, he could be at 126 or 132 whichever weight he goes he will be in it to win it.

132 – #4 Maddox Khalimsky (Fremd), #7 Cole Rhemrev (Stevenson) #10 Lennon Steinkuehler (Prospect) will be battling it out for the top spot. Honorable mention Senior Phil Chapa (Barrington) will try and use some home cooking to move up the rankings this weekend. Another name to keep an eye out for is Joe Fernau (Aurora Christian), the former IHSA State Champion could be at 126 or 132, at either weight he will be a force to reckon with.

138 – Is one of the more open weights this year at the Barrington. Early favorites are honorable mention wrestlers Diego Garcia (Glenbard East) and Damien Puma (Prospect). Josh Biagini (Washington) could also be at this weight. This will be an exciting weight to watch, as anyone could win.

145 – #1 ranked 1A Senior Aidan Linden (Sandwich) will be favored to win it all. Sophomore Connor Mumm (Prospect) is another wrestler to keep an eye on as this tournament progresses.

152 – IHSA state place winner Braden Stauffenberg (Aurora Chrisitan) will be the heavy favorite at this weight. But he could be put to the test by #6 ranked Sophomore Matt Janiak (Plainfield South), and honorable mention Nick Sinopoli (Yorkville). Preseason National Champion Collin Carrigan will also be looking to continue his preseason success at Barrington.

160 – This will be another one of the tougher weights this year. #4 ranked Senior Matt Kubas (Libertyville) and #5 ranked AJ Mancilla (Bradley Bourbonnais) are two wrestlers who could do some damage. However #7 Billy Spassov (Hershey) and #9 ranked Jerry Scrivani (Jacobs) will also be in the bracket ready to take on all challengers. Class A honorable mention Brandon Navarro (IC Catholic) will also be looking to make a run at the podium.

170 – #2 ranked Sr. Cooper Wettig (Loyola Academy) and #3 ranked Senior Josh Knudsen (Libertyville) look to be on a crash course to face each other. #4 1A wrestler Alex Alfaro (Sandwich) will be in the hunt to knock off Wettig or Knudsen. Other wrestlers that could deter their finals matchup include honorable mention Kayden Kleckner (Yorkville) and honorable mention Nate Lopez (Prospect)

182 – #5 ranked Quinn Herbert (Loyola Academy) is the top-ranked wrestler here. Hot on his tail will be #6 ranked Hunter Janeczko (Yorkville). Outside of the top two this weight is pretty wide open.

195 – Will be another highly contested weight class, with a lot of solid wrestlers. #1 ranked Donnie Hidden (Washington) is the top-ranked wrestler. #6 Jacob Whiting (Stevensen), #7 ranked Ben Alvarez (Yorkville) and #8 ranked Jacob Housour (Waubonsie Valley) will be trying to move up the rankings. As will honorable mention wrestlers Alex Gomez (Grant), Jacob Schmitt (Joliet West) and Sammy Dale (Sandwich). Another wrestler to keep an eye on is Nate Wemstrom (Aurora Christian).

220 – #6 ranked Bryan McCoy (Joliet West) and #3 ranked Jadon Mimms (IC Catholic) are the top-ranked guys at 220. However this weight could get dicey if Alvarez (Yorkville) or Housour (Waubonsie Valley) are up a weight. 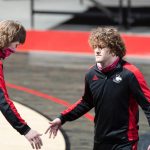 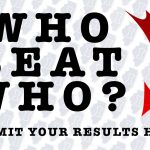