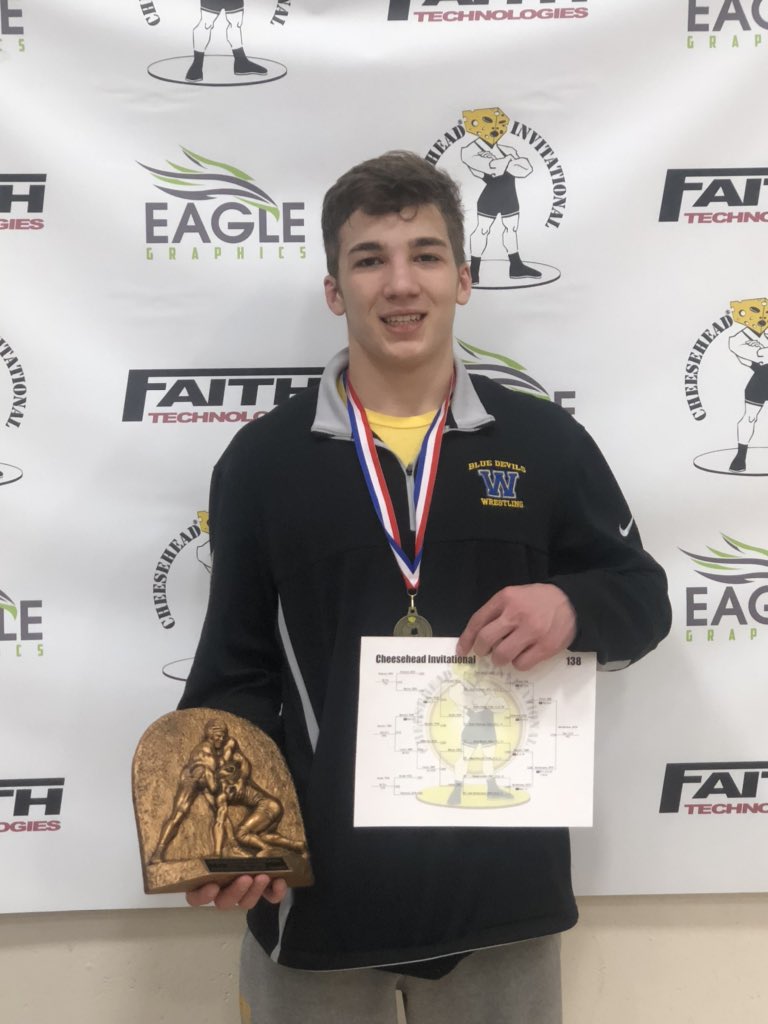 Joel Vandervere chuckled at the coincidence.

After a standout tournament at the Cheesehead Invitational in Wisconsin, the 138-pound Warren junior was selected as one of two finalists for this week’s Fellowship of Christian Athletes (FCA) Wrestler of the Week award.

“It’s kind of ironic,” Vandervere said. “The whole preseason we trained together and pushed each other. He’s just a great partner to have around.”

This time Vandervere got the victory over his friend.

In a two-man poll, the Northwestern recruit prevailed, just like he did last weekend in Kaukauna, Wisconsin.

In a field that was advertised to have 20 wrestlers as honorable mention or better in their respective state with 15 individuals in the top eight and five individuals as the top ranked wrestler in their division, Vandervere stood above the rest as he won his weight class in dramatic come-from-behind fashion and was named the tournament’s Most Outstanding Wrestler.

For all he accomplished last week, he is this week’s FCA Wrestler of the Week.

“It was a pretty incredible feat,” Warren coach Brad Janecek said. “The way he rolled into the finals was awesome. He wasn’t even close to being scored upon in several of his matches.”

The finals at the Cheesehead, however, was something Vandervere will never forget.

However, he rallied in dramatic fashion to pull out a heart-stopping 12-9 decision that earned him not only the tournament title but MOW honors.

“The other kid was pretty much scoring off (Vandervere’s) movement and his shots,” Janecek said. “As a coach, the great thing is he adapted mid-match, which is one of the last things you work on with a kid, but he’s doing it at such a young age.”

After everything Vandervere has overcome in the last two years, overcoming the deficit wasn’t that hard.

After tearing his ACL and MCL, he returned late last season, just in time for the state series. In a loaded weight class, he advanced all the way to the state title match, where he lost to Ragusin.

Then during the summer after some disappointing tournament results, he had another setback when it was discovered he had a blockage in his stomach.

“At FloNationals in April I did alright, and at the Cadet World Trials I didn’t do very well, so we went to see if there was something wrong,” Vandervere said. “That’s when they discovered the blockage in my stomach. Once we got that cleared up, everything went from there.”

He hasn’t looked back yet. 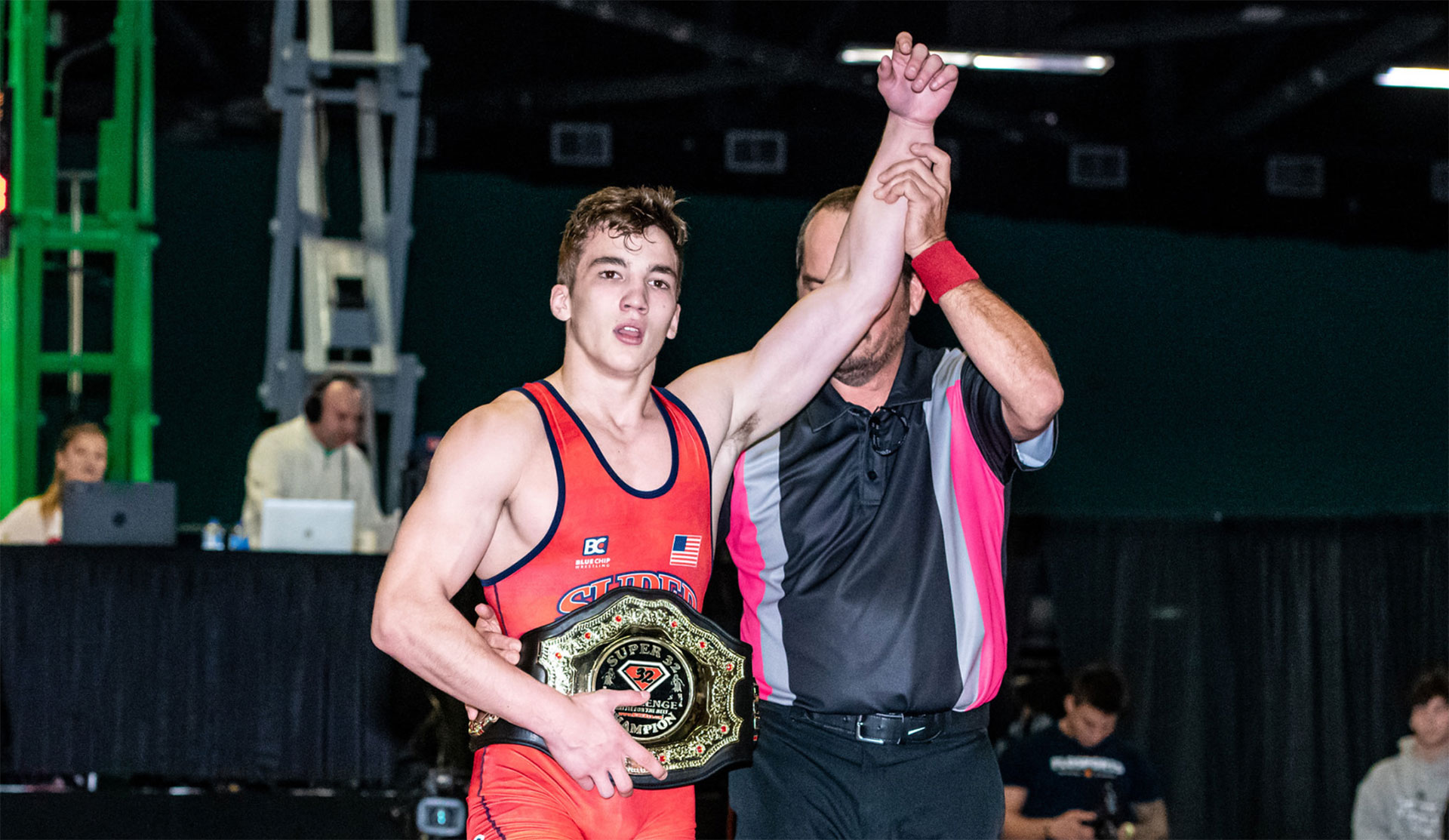 After he won the Super 32 in October, Vandervere has rolled through this season as he’s currently 24-0 with Whitlatch and Cheesehead titles already under his belt.

However, after back-to-back state medals, he’s striving for a bigger accomplishment.

“It’s been a good season so far and I’ve been training hard, but I’m always thinking about that state title,” Vandervere said. “That’s been a big, big goal of mine.”

Vandervere is aiming to become Warren’s first state champion since 1966.

“One of his main goals in life is to be the best and most successful wrestler that he can be, so he’s going to keep trying to do that,” Janecek said.

Winning the FCA Wrestler of the Week was just another victory along his way.

“One of my friends told me that I was nominated for this, so I voted for myself right away,” Vandervere joked. “I only voted once and I didn’t campaign for myself, but a few of my friends, family and coaches spread the word, so it was cool to see all the support.” 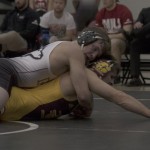 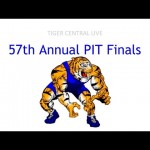