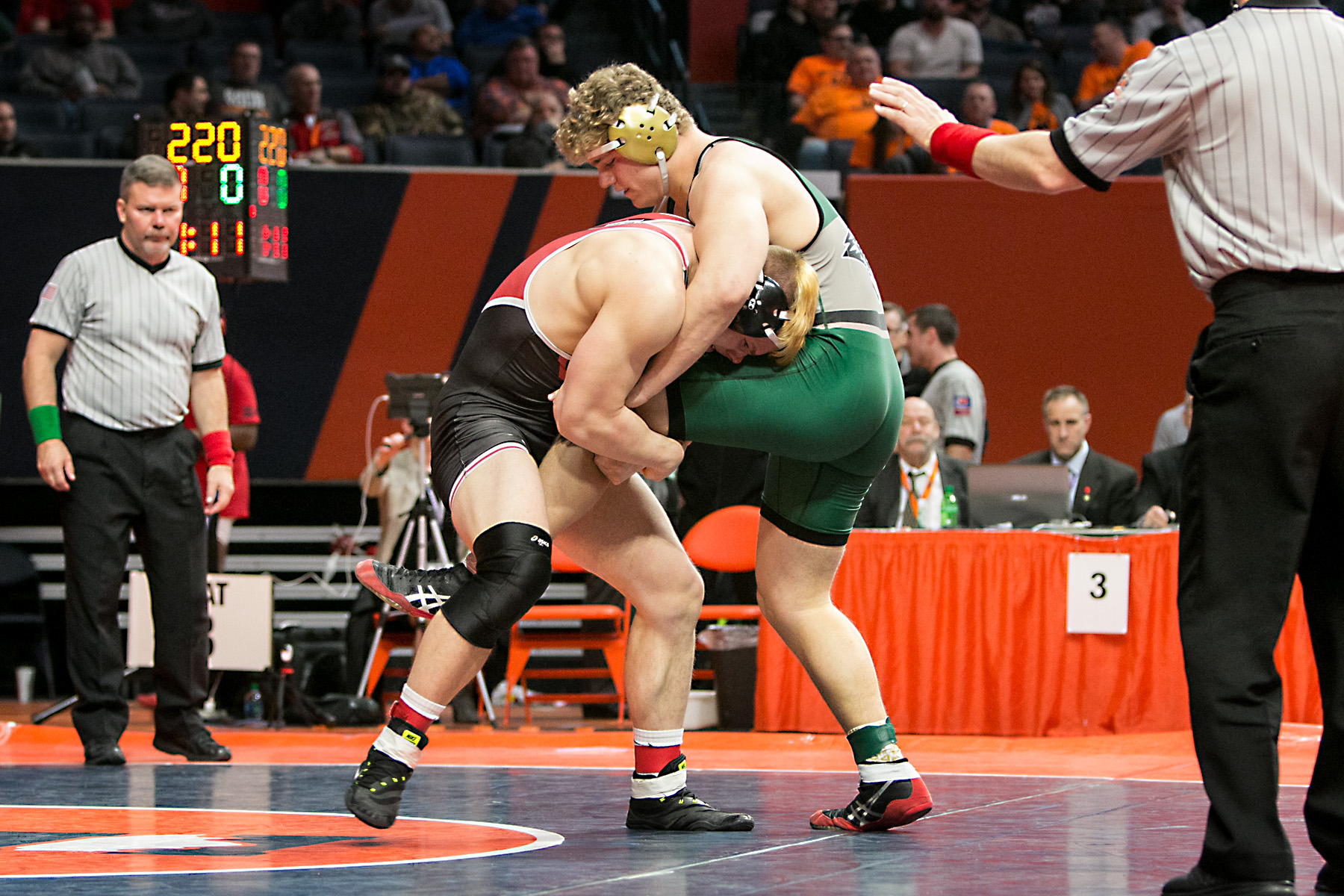 When you come into the final weekend of the season – undefeated, and the No. 1 guy in your weight class – it kind of becomes a ‘Catch Me If You Can’ state tournament.

Just ask Matt Hennessey – who – by the way, wasn’t caught.

The Plainfield North senior swept four of his opponents at State Farm Center, and in doing so, lifted the 220-pound trophy Saturday night in Champaign.

The state title became the first ever championship won by a male athlete at North – and the third overall medal in program history, two of which were earned by Hennessey, who collected a sixth place medal one year ago.

“From the time I began wrestling at age four, and later, when we came down here and watched the Grand March (all) I thought about was one day being in that March and winning a state title,” said Hennessey.

“It was all kind of surreal when it finally happened last weekend, but it still feels really amazing a couple of days later.”

Hennessey was the best in his field from the time the flag went up – until his 12-11 decision over crosstown rival, Tom Gustafson (Plainfield Central) in what would be the eighth time the two big men would wrestle each other during the past four seasons.

“To win a state title and represent the town of Plainfield, my school, teammates and wrestling program makes all of the hard work and dedication that much more special,” said Hennessey.

His state crown was the seventh major title of the season for the four-year starter, and it comes one year after a disappointing sixth place finish in Champaign lit a fire under the Tigers star, who vowed to do whatever it took in order to reach the top of the podium.

“(It) was all the motivation I needed to turn up my offseason lifting and training, to get bigger, stronger and quicker for my final season of wrestling.”

Hennessey says his work with first-year head coach, Joby Bodi was key in him reaching the level needed to handle the pressure of being the No. 1 guy from the first day the ‘Go Earn It’ state rankings were released on the Illinois Matmen website.

“Bodi was great (he) was the perfect guy to take over at North, and for me, he was the only guy who was able to push me in the room, because he was physically able to roll around with me each and everyday we got together,” said Hennessey.

“Matt was just a great kid, who really bought into what we wanted with our program, and from the very beginning, he did everything we asked (from) – summer lifting, camps and all the extra workouts we scheduled,” said Bodi, who won a CCIW title at 157 when at North Central College in 2012.

During his four-year career at North, Hennessey would go 144-28, but it was his eye popping statistics in this – his championship season which explains clearly why he went through 44 victims without a loss.

While not conceding one offensive point until his sectional final, Hennessey recorded: 28 pins, 90 takedowns, 50 near-falls, and a pair of tech-falls and majors.

“Matt’s strength as a wrestler is that he is so strong and explosive on his feet for his weight class (plus) he is outstanding from the top position, which is evident from the 28 falls he recorded,” says Bodi, who came over from Plainfield East where he was an assistant, after spending two years at Neuqua Valley, under-then, long-time head coach, Mick Ruettiger.

Hennessey’s rookie year provided a glimpse into what Plainfield North fans would later celebrate as he went 28-13 which he followed with the first or three regional titles, and a 35-6 overall record.

Before heading to State Farm Center, Hennessey would ‘chill’ at the hotel, in his words, keeping his mind fresh, in advance of the highly anticipated Grand March alongside his head coach.

Hennessey and Bodi would talk strategy about his late night final as the two waited for the official start of the Grand March (then) once on center stage, the eventual state champ raced out to a 7-2 advantage at 2 1/2 minutes – before holding off a furious third period fight-back from Gustafson.

“It wasn’t the prettiest six minutes I’ve wrestled this season, but you don’t get style points in this sport.”

“I was able to build a solid lead, controlled the pace, and stayed composed and under control, even when things got a little tight towards the end,” recounts Hennessey.

With his memorable prep career now over, and high school graduation on the horizon, Hennessey can begin to make plans for his next stop – Old Dominion University.

Before officially signing on at ODU, Hennessey gave some thought to Minnesota, Purdue and others, but once he stepped foot onto the Norfold, Virginia, he soon thereafter ‘signed on the dotted’ line.

“ODU Assistant, Daryl Thomas was really impressive,” began Hennessey of the former Edwardsville and University of Illinois star, “and there were 6-7 guys on the roster from Illinois – so everything was a perfect fit for me.”

“It’s been a great four years at Plainfield North.”

“I was very proud to represent the school, and to reach my goal of getting on top of the podium – it’s something that I’ll always remember.” 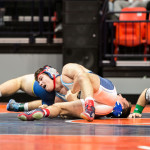 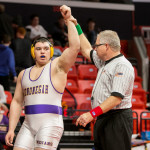