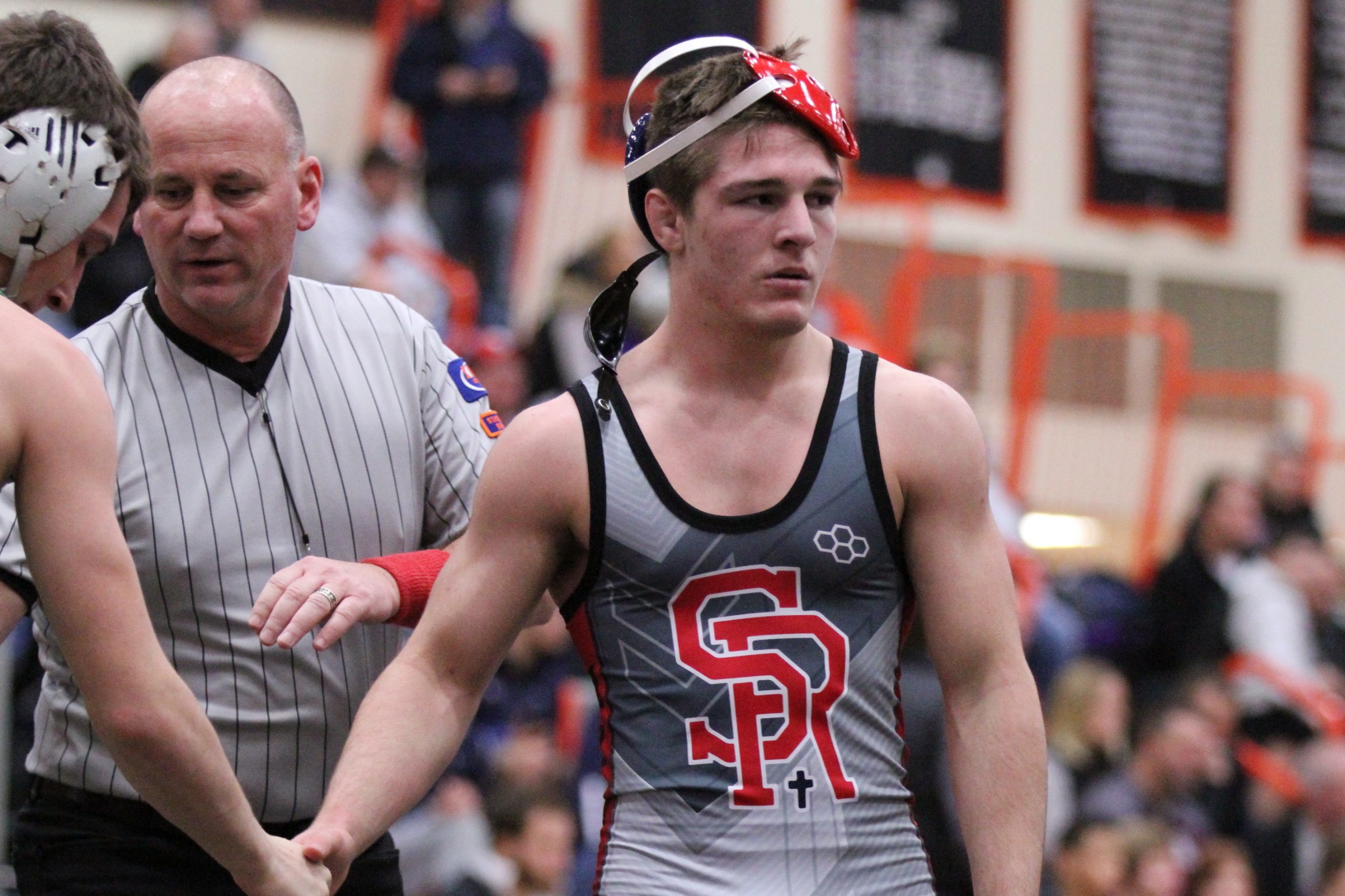 Saying that Austin O’Connor has an edge to him is like saying Hawaii has nice beaches; the description doesn’t begin to do justice to the reality.

What do you say about someone who watches video of one of his matches and then shows up at practice the next day with 10 pages of notes on things he wants to work on? Or a high school senior still slightly aggravated about a match he lost when he was six years old? Or someone who breaks furniture during family game time during the Christmas holidays?

“I’ve never wrestled with or been around anybody that wants to win as much as he does,” St. Rita coach Dan Manzella said of O’Connor. “The kid’s tenacity is out of control and so is his will to win. And he’s never happier than when he’s wearing a pair of wrestling shoes.”

Per IHSA website records, Illinois’ first individual state championships in wrestling were awarded in 1937, which means that this season marks the 80th year that state champions will be crowned.

Come February, O’Connor is aiming to crash the party.

“I don’t really think about it as pressure,” O’Connor said of chasing his fourth title. “I like being under the spotlight with everyone watching me in a final match, and seeing how much I can beat the kid by and showing everyone I’m the best.”

O’Connor has been winning on title mats from Harlem to Kaukauna to Frankfort for four years. His title win at Lincoln-Way East on Saturday gave him his fourth Illini Classic title.

He won his fourth individual titles at the prestigious Dvorak and Cheesehead tournaments this year, and is chasing his fourth Chicago Catholic League title.

“He’s won the OWA at least once in every tournament he’s entered in high school,” Manzella said.

O’Connor has shined on the brightest stages. But to shine where it’s bright, first you have to toil where it’s dark.

“Wrestling takes you to a dark place,” Manzella said. “In order to really figure out what you’re all about, how far you’re willing to go, and what you can do, you have to take yourself to a dark place.

“All the training, all the weight cutting — you’re going to get to that dark place. You’re going to hear the devil whisper in your ear. Austin gets into that dark place and he’s able to perform. He shines in that dark place, He isn’t afraid of it and he takes himself there every day. It could be a Tuesday and I have to help him get up off the mat because he’s so exhausted. It’s amazing.”

O’Connor hasn’t lost a match during an Illinois high school season since his sophomore year. With Saturday’s win, he improved to 31-0 with 25 pins this season and for his career he improved to 175-4 with 113 pins.

He went unbeaten in winning the state crown at 145 pounds last year, so O’Connor has lost only one high school match in the last three seasons in Illinois.

With a record like that, it’s no wonder just about every Illinois wrestling fan considers it a foregone conclusion that O’Connor will win his fourth state title this year.

But that’s big-picture stuff, and O’Connor isn’t looking beyond the next kid in front of him.

“I just want to try to keep going after kids and beating them by more or faster each time,” he said. “If I pinned them before, I want to pin them faster the next time. Then if I see them at state, I’ll be more confident.”

O’Connor’s competitive streak got tweaked at this year’s Dvorak tournament, before he even stepped onto the title mat against Iowa City West’s Nelson Brands, whose father Terry is a former Olympic bronze medalist and a coach at the University of Iowa.

O’Connor is thrilled that he’ll wrestle at UNC next year, but the Brands match came attached with a little unfinished business.

“I always wanted to go to Iowa and I thought they’d be one of the top schools to recruit me. But once it started, I didn’t hear much from them,” O’Connor said.

“I went out there to talk to them, gave them my phone number, and didn’t hear anything back from them. I lost interest and started talking to other schools, and stopped thinking about going to Iowa.

“So being able to wrestle Terry Brands’ son, who is most likely going to be an Iowa wrestler — he has the Iowa-style mentality — it was nice to get to wrestle one of their guys.”

O’Connor’s 5-3 decision over Brands on the title mat featured his trademark physicality.

“He beat the (heck) out of Nelson Brands for six minutes,” Manzella said. “But I can’t stress enough how much intelligence he has for this sport. People might underestimate that because he’s such a bruiser, and he can take it to a level of physicality that most people can’t match.

“But his intelligence, mat-awareness, and wrestling IQ are through the roof. You don’t see it as much because he’s so rough and physical but everything he does is carefully calculated, from each snap, head butt — everything.”

O’Connor’s analytical approach is evident in the way he questions instruction. According to Manzella, the conversation commonly goes as follows:

It was after a close match against another nationally ranked high school wrestler that O’Connor went home and studied film of the match, and showed up to practice the next day with 10 pages of notes that he and St. Rita assistant coach John Murphy analyzed together.

“I don’t like having close matches,” O’Connor said. “I have to learn to beat other top wrestlers and expand the score, so I go home and watch those matches, to see what someone was doing to defend me, what I could do, and look at a bunch of different aspects on how to beat him and control him the next time we wrestle.”

Two weeks after this year’s Dvorak, O’Connor dropped down to 145 pounds for the 31-team Cheesehead tournament in Kaukauna, Wisconsin. He beat Mt. Carmel’s Yahya Thomas by major decision before beating Montini’s Will Lewan by 5-3 decision on the title mat, to win his fourth Cheesehead title.

O’Connor is currently top-ranked at 145 but will likely wrestle 152 for the state tournament and his chance at IHSA wrestling history.

With only a month left in his high school career, O’Connor can reflect on a decorated journey, four years in the making.

“I appreciate everything my coaches do for me, all the matches they’ve coached me in, and all the technique they’ve helped me with,” O’Connor said.

“I push myself more than I did and I’m much more self-motivated than I was when I came into high school. I wanted to win, but I didn’t look at it as big of a part of my life as it is now. It was just kind of like a sport.

“Now, I feel like it’s going to be a part of my life forever.” 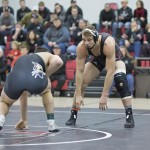 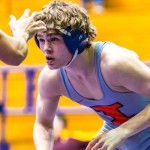