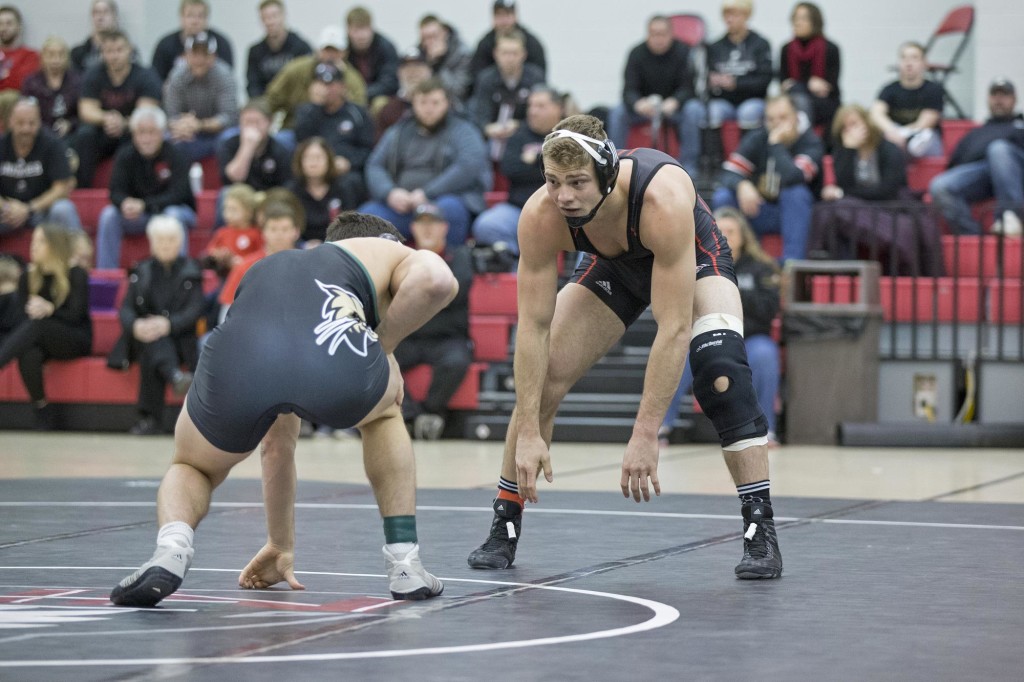 This was the third consecutive season the two teams faced each other as part of the Illinois Kids Wrestling Federation Convention at the Prairie Capital Convention in Springfield. The Huskies (4-4, 0-3 MAC) emerged victorious, 18-16, despite an early 7-0 lead by the Cougars (1-8, 1-1 SoCon).

Zackary Velasquez (Ione, Calif./Grand Canyon University) and No. 13 Steve Bleise (Chelsea, Mich./Chelsea) secured back-to-back wins to bring the score within one point. Velasquez dominated with a convincing 9-3 decision at 141 pounds. In the next bout (at 149 pounds), Bleise took John Fahy into overtime but found a way to ensure it was his own hand that was raised at the conclusion of the match.

The Huskies continued their rally when Shaun’Qae McMurtry (Lockport, Ill./Nebraska) stepped onto the mat at 165 pounds. McMurtry shutout his opponent, Clayton Bass, in a 4-0 decision. At 174, Trace Engelkes (Winnebago, Ill./Winnebago) remained undefeated over weekend, winning by decision, 3-1.

Trailing by one-point, Bryce Gorman (Manhattan, Ill./Lincoln-Way Central) stepped up and got the job done with a 3-0 win over Jake Godinez to give the Huskies’ their first lead of the night. At 197, No. 10 Shawn Scott (Holly, Mich./Holly) followed suit, pulling out the fourth win in a row for Northern.

“This is a great win for us in that we fought through adversity and found a way,” said head coach Ryan Ludwig.

The Huskies hope to continue their momentum as they host Mid-American Conference rival, Eastern Michigan, on Friday in DeKalb, Ill. at Victor E. Court.