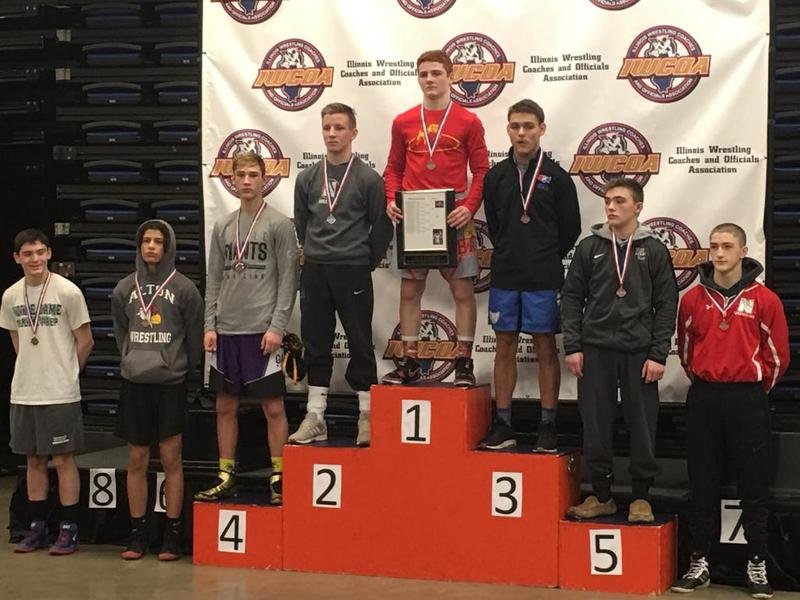 Mikey Caliendo got his wish.

In the semifinals, Caliendo got his wish.

“He was a state champion last year, and it’s always great to wrestle a 2A champion,” Caliendo said. “He’s great competition and you always have to worry about him.”

In a high-profile showdown, Caliendo came out on top as he upset Palm by a 4-2 decision in the semifinals and then defeated Buffalo Grove’s Alejandro Mejia by a 17-2 technical fall in the finals to secure the tournament title and help the Bulldogs claim the team title.

Caliendo’s impressive performance last week – including his high-profile victory – helped him win this week’s GO EARN IT Wrestler of the Week.

“Palm had come up to Mikey before his quarterfinal match and told Mikey that he wanted to wrestle him,” Batavia coach Scott Bayer said. “(Palm) basically told Mikey, ‘I hope you win.’ That’s the kind of things that fires him up.”

After Caliendo won an IWCOA Fresh-Soph state title last winter and advanced to the Round of 16 at Fargo over the summer, he’s continued his success into the season as he’s currently 16-1. The win over Palm, however, has been the highlight.

“Everyone was going crazy at the tournament,” Caliendo said. “After I beat him, everyone had their hands on their head going, ‘Oh God. This No. 4 seed just beat a state champion.’”

Caliendo – who’s only 15 years old – is hoping to continue his success throughout the season and make up for last year’s heartbreak when he was eliminated in the blood round at the sectional to an opponent he beat earlier in the season.

It’s a loss that stung and still sticks with Caliendo.

“Not making it to state really motivated me a lot,” Caliendo said. “After the loss, I got back in the room and started working extra hard. I really want to get on the podium. I didn’t really meet my goals last year, but I think I can definitely do it this year.”

Caliendo was one of seven finalists for this week’s GO EARN IT Wrestler of the Week award. Facing the strongest cast of nominees to date, Caliendo – who said he didn’t vote – defeated six others to earn the honor.

“When I learned that I was nominated, all my coaches put it on Twitter and a lot of my classmates and even my teachers voted,” Caliendo said. “We have a great community in Batavia. Everyone was excited and voted for me.”

He garnered 39 percent of the vote, and his 773 votes is the most ever in the award’s two-year history as he quickly became one of the most popular kids in school.

“That’s Batavia,” Bayer said. “We’re a big small town. If you tell Batavians that one of our own is up for a big award and there’s an opportunity to vote online, they’re going to be there for our kids. That’s just how our community works. We get a lot of support.” 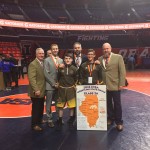