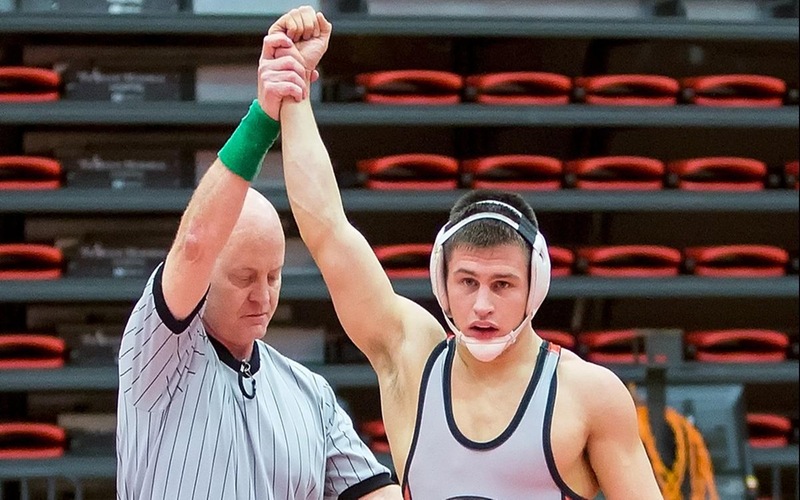 SIUE, 5-11 overall and 3-2 in Southern Conference matches, won all nine of the matches contested. Davidson, 1-9 overall and 0-4 in the SoCon, accepted a forfeit at 174 pounds.

The Cougars opened the match with a pair of pins. SIUE 125-pounder Zac Gentzler dispatched Michael McClelland in 1 minute, 49 seconds. John Muldoon followed that with a 133-pound fall over Davidson’s Zamir Ode in 6:49.

“Zac came out, stayed on his offense and got an early pin. That kind of set the tone for the dual,” said SIUE Head Coach Jeremy Spates. “John got a pin late in his match, which is good although he was on his way to getting a technical fall anyway.”

Nate Higgins extended his winning streak to seven matches with a major decision at 165 pounds, an 11-3 win over Hunter Costa.

“As we have been talking about all year, we want to be offensive but at the same time we want to things technically right,” said Spates. “The guys did a good job because this is a long road trip. There were double weigh-ins so it’s hard to focus mentally and make sure you are doing the right things. We wrestled whistle to whistle and did a lot of things we work on in practice so it was a good match all around.”

The Cougars are now idle until Feb. 11 when it closes out the SoCon season with a triangular meet at the Vadalabene Center with Campbell and VMI. 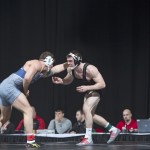