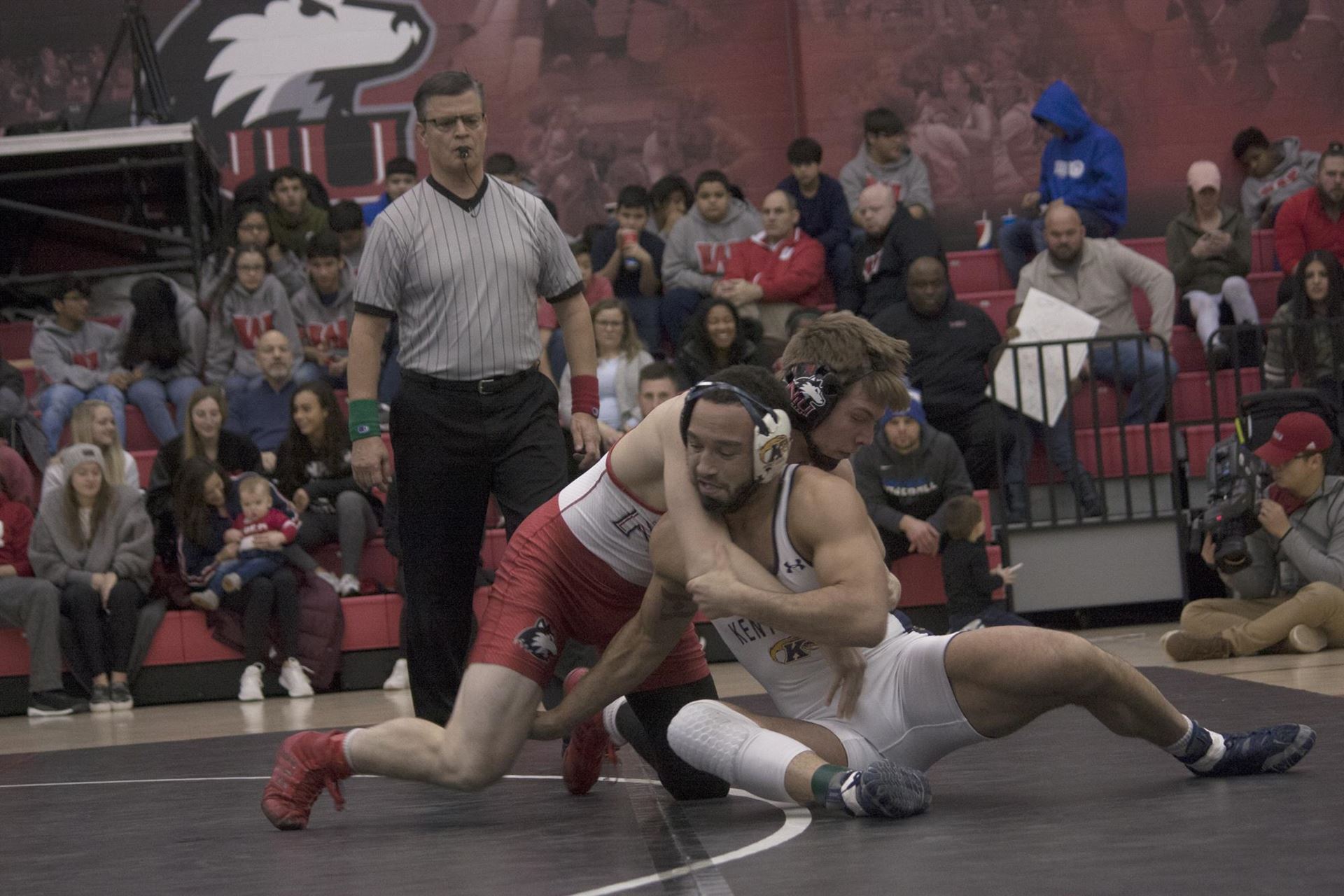 “We got a good start from Bryce West,” said NIU head coach Ryan Ludwig. “He had a slow start getting his takedown, but then was able to create a scramble and found his way into a fall. Fantastic start from him. In dual meets, bonus points matter.

“Anthony Gibson, for his debut at 141, had good energy. He really got to his attacks well. He put a zero on the board for the other guy and created a major decision.”

“Brit Wilson was able to step up as a leader and put us in a situation for a bonus-point victory and really got us back in the game,” Ludwig said. “Gage Braun, I don’t think he wrestled well, but he wrestled tough. That’s what we ask for, that you can control.”

NIU opened up a 10-3 lead through the first three matches. Bryce West started the match off with a first period pin over Tomas Gutierrez at 125, the first bout of the day. After a 3-1 setback in overtime, Anthony Gibson put the Huskies back in the win column, earning an 8-0 maj. dec. over Corey Simpson.

The two schools traded decisions in the next two matches, with Kent State scoring a win at 149 and Mason Kauffman posting 7-3 win at 157.

The Huskies return to the mat Sunday, Dec. 29 when NIU wrestlers compete in the prestigious Midlands Championships. The event will take place at the Sears Centre in Hoffman Estates. 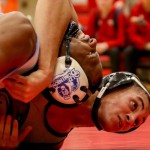 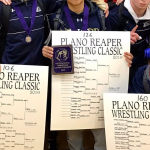