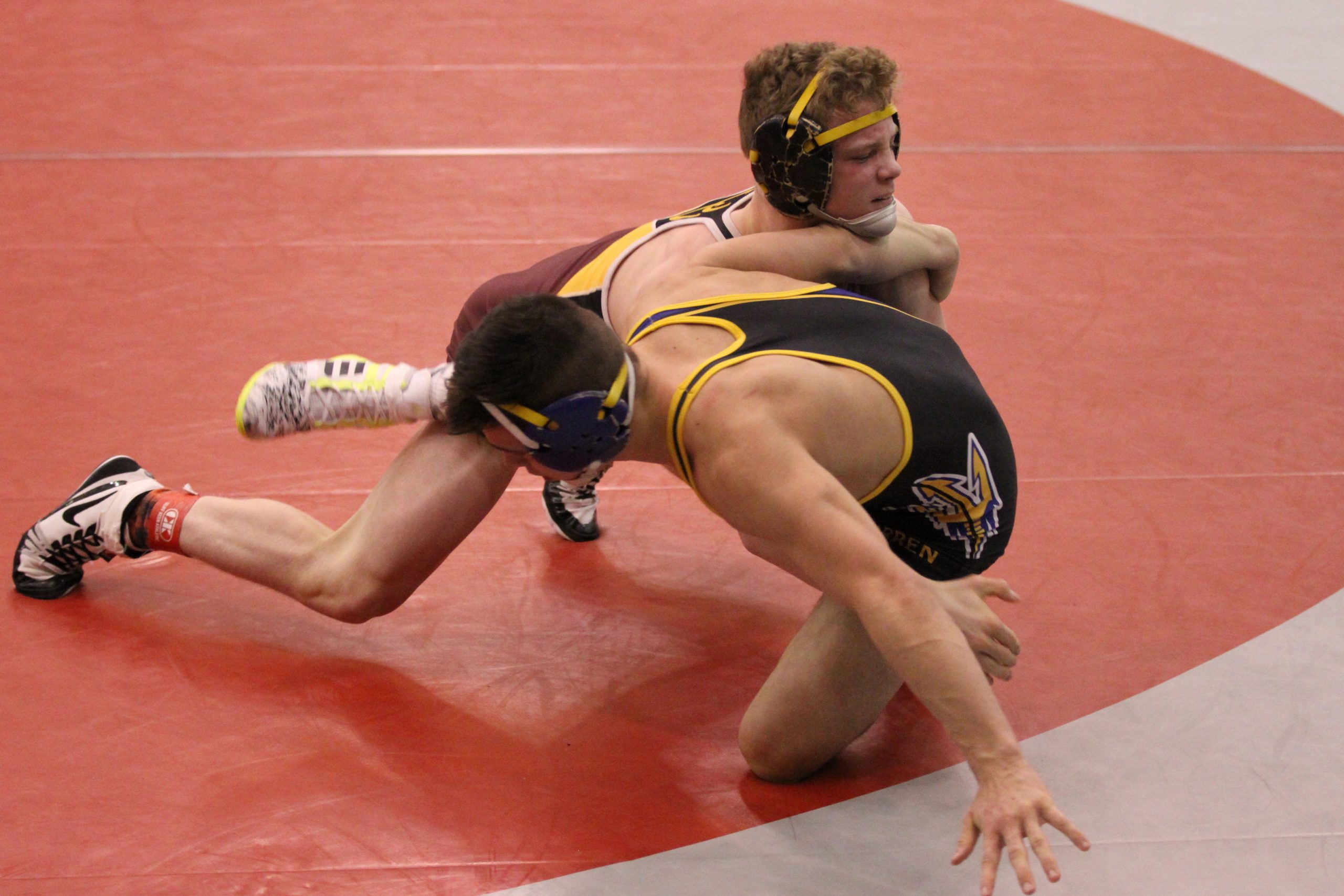 They’ve had some battles, with more still to come. But this weekend at DeLaSalle, four of the state’s top six teams will meet to determine the champion of the Chicago Catholic League.

No. 3 Marmion Academy, No. 4 Providence, No. 5 Mount Carmel and No. 6 Montini all have different paths to a potential team title. For Montini, it’s all about their individual strength; Providence and Mount Carmel will try to depend on balance; and for Marmion, it’s about making the right moves.

Voters for the Outstanding Wrestler and Tony Lawless awards will have some decisions to make. First, two seniors, Austin O’Connor (145) of St. Rita and David Riojas (170) of Mount Carmel, will be trying to become four-time Catholic League champions. Both will be competing at the same weight classes at which they won last year. The field includes six other returning champions. Joey Melendez (113) and Real Woods (126) of Montini, Josh Ramos (132) of Providence and Nathan Jimenez (160) of Marmion won this event a year ago; Kaleb Guzior (126) of Mount Carmel won in 2015; and Jake Polka (145) of Marmion won in 2014 while wrestling at Providence.

Because the number of places awarded at each weight class is being increased from four to six, this year’s Catholic League tournament will be a two-day event, starting on Friday night. That will allow the tournament to be wrestled to its conclusion on Saturday without threatening the five-match daily limit. It will also be just the second day of a three-day run of wrestling at DeLaSalle. On Sunday, the Meteors’ gym will host the final sessions of the Chicago Public Schools championship tournament.

Let’s take a look at each weight class and see how they stack up.

106: This could be the most intriguing of all the weight classes. It includes six wrestlers ranked in the GO EARN IT Wrestling Apparel / illinoismatmen.com rankings – only 138 and 145 also have as many – and only 106 includes state-ranked wrestlers from all three classifications.

Montini features the first of what is likely to be at least four No. 1 seeds – Dylan Ragusin, one of four No. 1 wrestlers in the field. Fellow freshman Pauley Keane of Bishop McNamara, No. 2 in 1A, pinned state placewinner Jake Lindsey of Providence (No. 3 in 3A) at the Dvorak, and the two could meet in a semifinal rematch. Aaron Zebrauskas of DeLaSalle, No. 4 in 2A, and Michael Jaffe of Marmion (No. 16) and Colton Drousias of Mount Carmel (No. 20) could also be factors.

120: Rehan Uribe (No. 15) of Mount Carmel is the likely top seed with a 16-5 major decision over Ryan Fleck (No. 17) of Marmion. Freshman Kevin Countryman (No. 29) of Providence, who was impressive in his run to the Geneseo Tournament title last week, could also be a factor.

132: How much does being the defending champion mean? Maybe not much. Ramos, the champion last year at 120, is likely to be seeded only third. He’s lost to Fidel Mayora (No. 3) of Montini, 12-4 and David Devine of Mount Carmel, 6-4 this season. Mayora, just a freshman, is likely to be Montini’s fourth No. 1 seed in the first five weight classes, with Devine (No. 13) and Ramos (No. 15) likely meeting in the other semifinal. Bishop McNamara sophomore Andrew Steffes, No. 14 in 1A, could also earn a top-four seed.

138: From this weight class through 170, there will be plenty of important matches. State runner-up Anthony Cheloni (No. 3) of Marmion, state placewinner Kendall Coleman (No. 5) of Mount Carmel, state qualifier Dominic Ambrose (No. 8) of Providence and Jake Stiles (No. 9) of Montini are all top-10 wrestlers in 3A, and they have plenty of history already this season.

Cheloni has the best mark between the four. He owns three wins over Coleman – 4-2, 6-2 and 4-2 – and a 6-1 win over Ambrose, losing 2-1 to Stiles. Despite the three losses to Cheloni, Coleman has beaten Ambrose, 13-5 and Stiles, 3-2. Ambrose, who also posted an impressive title run at Geneseo last week, owns a pin over Stiles.

The likely semifinals: Cheloni vs. Stiles and Coleman vs. Ambrose. Also in the hunt are Sean Cloherty (No. 25) of Loyola Academy and 1A state qualifier Jacob Ramirez (No. 21) of Bishop McNamara.

145: We’ve already seen the projected final once this month in what has been the state’s most dramatic weight class to date. O’Connor beat state placewinner Will Lewan of Montini, 5-3 in the Cheesehead final north of the border.

Top-ranked O’Connor, a three-time state champion, leads a group of five wrestlers in the state’s top nine in 3A: Lewan (No. 2), Yahya Thomas of Mount Carmel (No. 4), Juan Bazaldua of Providence (No. 8) and Polka (No. 9). Like their counterparts at 138, they have plenty of history. In addition to his victory over Lewan and a 12-3 major decision over Thomas, O’Connor also has beaten the likely No. 1 seed at 152, Cole Smith of Providence, twice – by a 16-6 major decision and a pin.

Lewan owns a 3-2 win over Thomas in an ultimate tie-breaker and a 3-1 win over Polka. Polka also has lost to Thomas, 6-3 and Bazaldua, 3-1 in overtime, which means a former Catholic League champion – and Walsh Ironman placewinner – could be left with only the No. 5 seed.

That means potential quarterfinals will be interesting as well – Polka vs. Bazaldua and Thomas vs. Rahman Johnson of Brother Rice, No. 8 in 2A. That sets up semifinals matching the Polka-Bazaldua winner against O’Connor and the Thomas-Johnson winner against Lewan.

Move the walls back for this one.

152: Even with O’Connor down at 145, there are still some bright lights here. Only the 152-pound class features the top three in 3A – state placewinners Smith and Brad Gross of Marmion and Matt Ortiz of Montini. However, they have not yet met this season.

All three, however, own wins over state qualifier Dillon Hoey (No. 12) of Mount Carmel. Ortiz has beaten Hoey twice – 3-1 and 5-3 – while Smith owns a 7-4 win and Gross a 3-2 win. Hoey, however, pinned state placewinner Mason Sauseda (No. 3 in 1A) of Bishop McNamara, setting up a likely quarterfinal match.

160: State placewinner Jimenez is the defending Catholic League champion at this weight class, but will he be here? Or will he be at 170, where he spent much of the season before coming down for the Cheesehead Tournament?

Marmion’s title hopes likely depend on Peter Ferraro placing highly here and Jimenez doing the same at 170. The other contenders at 160 are state placewinner Jack Mulay of Mount Carmel and Pat Larkin of St. Rita.

Ferraro could even earn the No. 1 seed at the weight, since he owns a 4-3 win over Mulay – though he was pinned by Larkin. Since Mulay owns a pair of wins over Larkin, 10-7 and 14-6, that could earn him the top seed instead.

170: If Jimenez (No. 2 at 160) competes here, it sets up what is potentially the match of the tournament between defending Catholic League champions – Jimenez and Riojas, the latter trying to seal the deal as a four-time champion. It also could carry major team title implications.

With a 5-4 victory over Riojas (No. 2 at 170) in December, Jimenez would likely earn the No. 1 seed. Riojas, who came within two seconds of beating Johnny Mologousis of Lyons Township in their dual meet in a 5-4 loss last Thursday, would be No. 2, leaving Peter Christensen (No. 3) of Montini and Providence freshman Trevor Swier (No. 6) to fight it out for the No. 3 seed. Christensen owns a 6-4 overtime win over Ferraro, while Swier was pinned by Jimenez.

Jake Hutchinson of Brother Rice (No. 3 in 2A), coming off an injury, could meet Christensen or Swier in a quarterfinal if he enters the meet. Hutchinson could also opt for 182, where he wrestled the first month of the season. Why? Read on.

182 through 285: As tough as the middle weights are in the Catholic League, the upper weights lack that star power.

While 106, 138 and 145 all feature six ranked wrestlers, the final four weight classes include a total of just five ranked wrestlers – and three of the five come from 2A. On the other hand, those add up to scoring opportunities if a big man or two gets hot.

Both the ranked 3A wrestlers come from Providence’s lineup. Juniors John Nowak (No. 9 at 195) and Logan Anderson (No. 20 at 220) both have high tournament finishes. Nowak was the Dvorak champion and Anderson finished fourth in the Dvorak and at Geneseo. Three Mount Carmel upper weights, Daniel Benoit (182), Emmanuel Terrell (195) and Jeremy Cooper (285), could build on Dvorak places.

Team: As the individual rankings show, this appears a four-team race. Montini has made a living off advancing wrestlers to the finals this year. The Broncos placed only seven at Palatine, but all seven reached the finals and six won titles to produce a team title. Montini placed eight in the top four in its Cheesehead title performance, with six more finalists and three champions. The Broncos are likely to win four of the first five weight classes, and could have eight champions with a break here and there. If that happens, they’ll win the tournament. But those eight are likely the extent of Montini’s scoring potential.

Mount Carmel and Providence will place in more weight classes. The Caravan placed nine in the top seven at the Cheesehead, and despite Nowak not placing, the Celtics placed 10 in the top five at Geneseo. For both teams, though, the question is how high. Neither appears assured of more than three finalists. Marmion’s hopes rest on maximizing scoring from 138 through 170 and a couple of lower-weight breaks.

Enjoy the tournament – and the tape-delayed webcast! 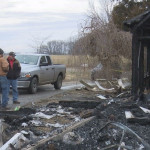 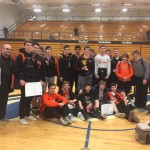