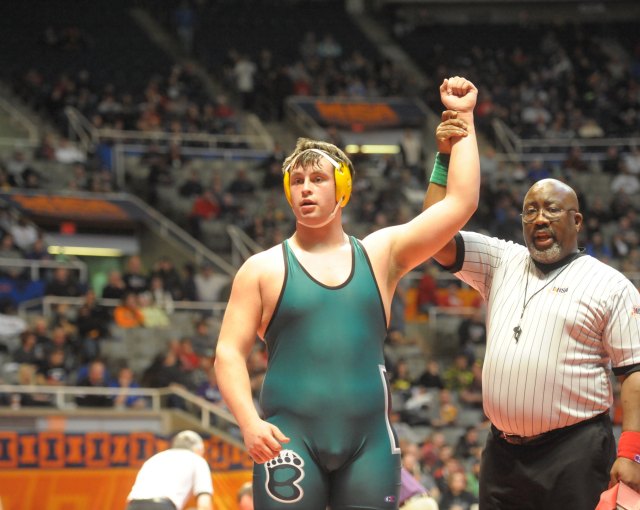 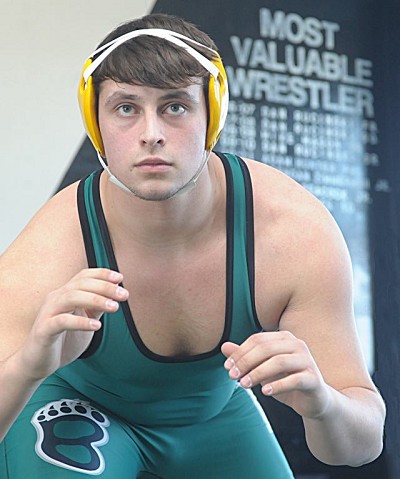 During his freshman year at St. Bede Academy, Barnes didn’t go out for wrestling, but Bruin coach Sean Hobson saw Barnes walking the hallway 3 ½ years ago and told Jeff Barnes — John’s older brother and a member of the wrestling squad — to see if John would be interested in joining the Bruin wrestling team.

“I saw him in the hallway and saw how big he was already as a freshman and I was like, ‘This kid is perfect to mold into a wrestler,’” Hobson said. “He already had the body, so we just needed to get him in the room and get him the skills.”

However, Barnes declined the invitation.

After nearly a month of persistence, Hobson finally got his man as Barnes joined the team midway through his freshman season.

Almost instantly, he took off.

Despite wrestling for just half a season, Barnes — who is the first-ever heavyweight in SBA’s brief wrestling history — qualified for sectionals as a freshman and returned to the sectional as a sophomore.

Then, in his junior year, Barnes gained state-wide notoriety. Unranked at the start of the season, Barnes entered the GO EARN IT Wrestling Apparel state rankings for the first time in Dec. 2014, won his first sectional title and advanced to the Class 1A state semifinals, where he lost and eventually finished third.

“Getting third junior year is nice,” Barnes said last March, “but coming back senior year, I’m winning it, for sure.”

Now, after he won his championship quarterfinal Friday morning, Barnes is two wins shy of realizing his dream.

After Barnes became the No. 1-ranked wrestler at his weight in January, he repeated with regional and sectional titles and won his first two matches at the IHSA State Wrestling Tournament to advance to Friday night’s 1A 285-pound state semifinal.

“I made it to the semis last year, but this year I’m hoping to go farther,” Barnes said. “It’s going to be a tough, tough match.”

If Barnes wins a state title, he would become the third individual state champion in school history.

No matter what medal Barnes brings home, he continues to write an early chapter in SBA’s young wrestling history and continue his improbable rise. 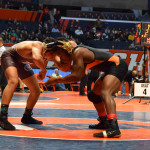 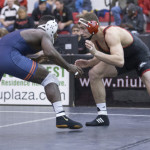