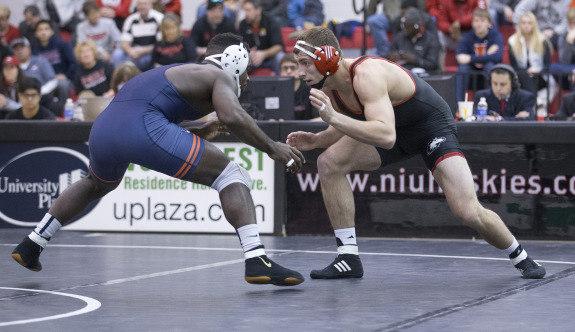 NORFOLK, Va. – The Northern Illinois University wrestling team concluded its regular season with an enthralling dual battle in the Mid-American Conference, trading exciting action with Old Dominion down to the final match before eventually falling 20-19 on criteria on Friday evening at the Ted Constant Center.

NIU wrestling head coach Ryan Ludwig highlighted the impressive Huskie performances of Engelkes, Scott and at 133 pounds, where Austin Eicher (Fenton, Mich./Hartland) scored a major decision win in the first match of the dual to make the score 4-0 from the beginning.

“Austin, Trace and Shawn were big team guys tonight and they put forth huge amounts of effort in their bonus-point victories,” Ludwig said following the dual.

Along with those three bonus-point wins for NIU, Andrew Morse (Alto, Mich./Lowell) also scored a 3-0 decision at 157 pounds over Austin Eads of Old Dominion after the Huskies had fell behind 7-4. Engelkes’ pin gave the Huskies six crucial points that made the team score 13-9, and Scott’s fall again put six points on the board for NIU, giving the visitors a 19-13 lead with two matches remaining in the back-and-forth battle.

Unfortunately for NIU, Old Dominion won those final two matches by close decisions to level the score at 19 after all individual contests were completed, and the Monarchs received a 20th and decisive team point on the criteria of winning at more weight classes (6) than the Huskies (4).

Now having completed the regular season and their dual schedule, the Huskies will focus their full attention on the postseason, which begins in two weeks. The 2016 MAC Wrestling Championships will be held March 5-6 at Eastern Michigan, where some of the top finishers can qualify for the NCAA Championships two weeks later. 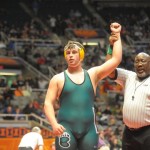 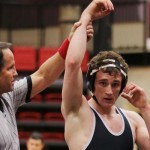