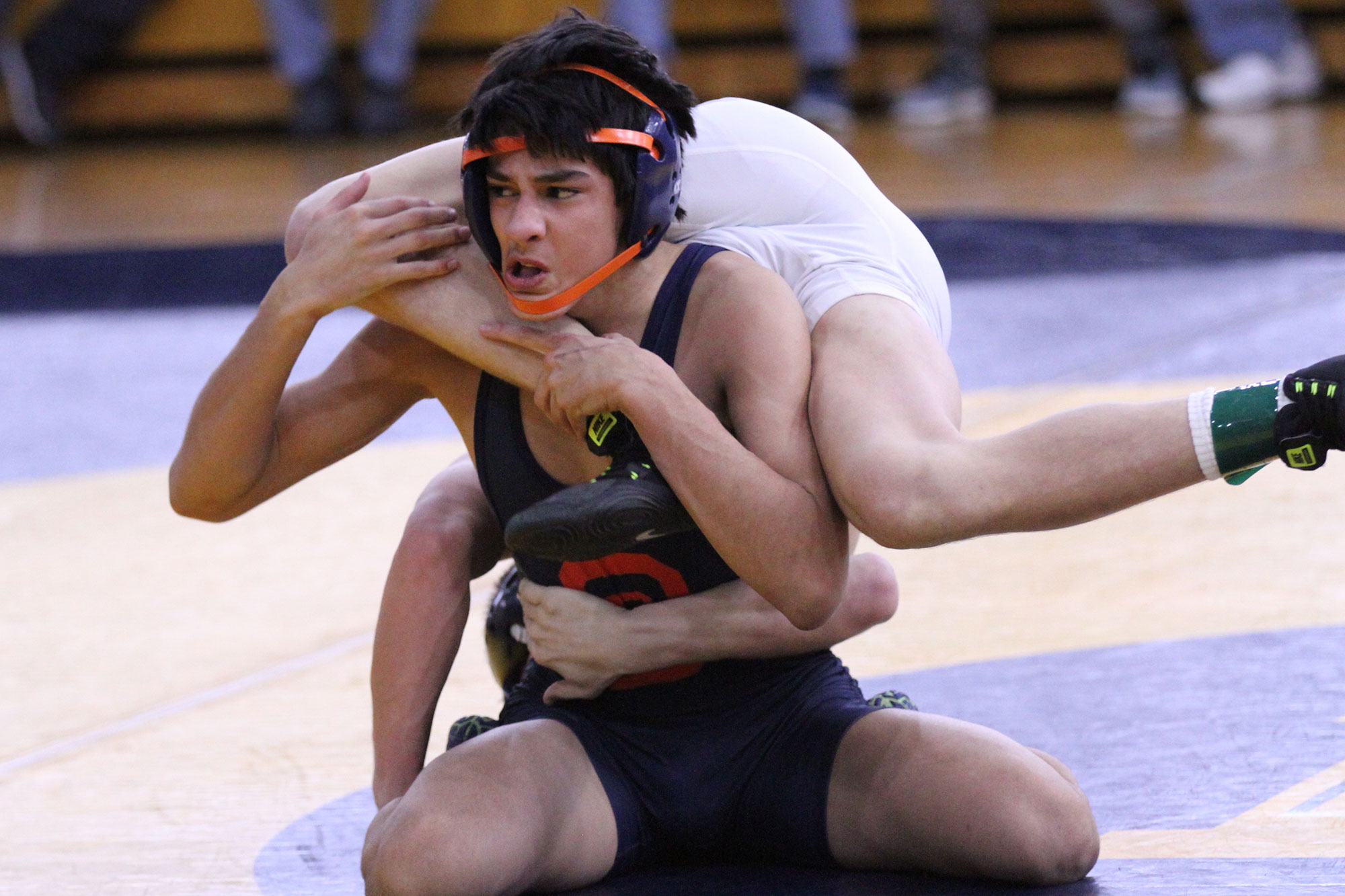 These are the dog days of the season for Eddie Bolivar and his Oak Park-River Forest teammates.

Winter has arrived with a vengeance. Finals are coming up. Saturday’s home quad marked the first time the Huskies had to be at their certified weight.

“This week’s been a little tough (with) everyone getting down to weight,” said Bolivar, a senior 132-pounder. “So in the room, it’s kind of tense. But it’s up to me and a couple other seniors to make sure everyone’s pushing hard and making sure they’re all on focus.”

Eddie Bolivar, an Indiana commit, figured a passive approach wouldn’t work against Lopez, who is committed to Illinois.

“I know Fabian is a quick wrestler,” Bolivar said. “He has a lot of energy. That’s what I was keeping in mind when I was wrestling, to make sure I get on offense: hand fighting, making positions my own to get my shots going.”

“Eddie had a great week of practice,” Collins said. “He’s extremely coachable. There were some things we were working on in the room … he was going out and implementing (Saturday) in all of his matches.”

Collins especially liked the way Bolivar embraced the chance to be in the spotlight, rather than shying away from it.

“And then, when having success, not shutting it down — even at the end, cutting (Lopez loose) to try to get a major.”

Bolivar also had a pair of technical falls, against Washington’s Zeke Hulet and Providence’s Connor Linthicum.

Another anticipated showdown didn’t happen at 113, where Rundell had two falls and a forfeit. But he didn’t see Providence’s Jake Lindsey, who has not wrestled yet this season after re-aggravating a right shoulder injury that sidelined him much of last year.

That matchup could happen this weekend, when Oak Park and Providence both compete in Hinsdale Central’s Rex Whitlatch Invitational. Celtics coach Donny Reynolds said Lindsey may make his season debut there.

Nico Bolivar had a pin, major decision and a decision, while Early had two majors and a tech fall. Middlebrooks pinned all three of his opponents and Lingen finished with two falls and a major.

The Huskies’ showing was all the more impressive considering they forfeited at 126 in all three duals and at 160 against Washington. Collins said he expects 126-pounder Josh Ogunsanya to be in the lineup soon.

“Our schedule gets harder and harder as it goes along,” Collins said, citing the Powerade Tournament in Canonsburg, Pa., Dec. 28-29 and The Clash in Rochester, Minn., Jan. 4-5 among other highlights.