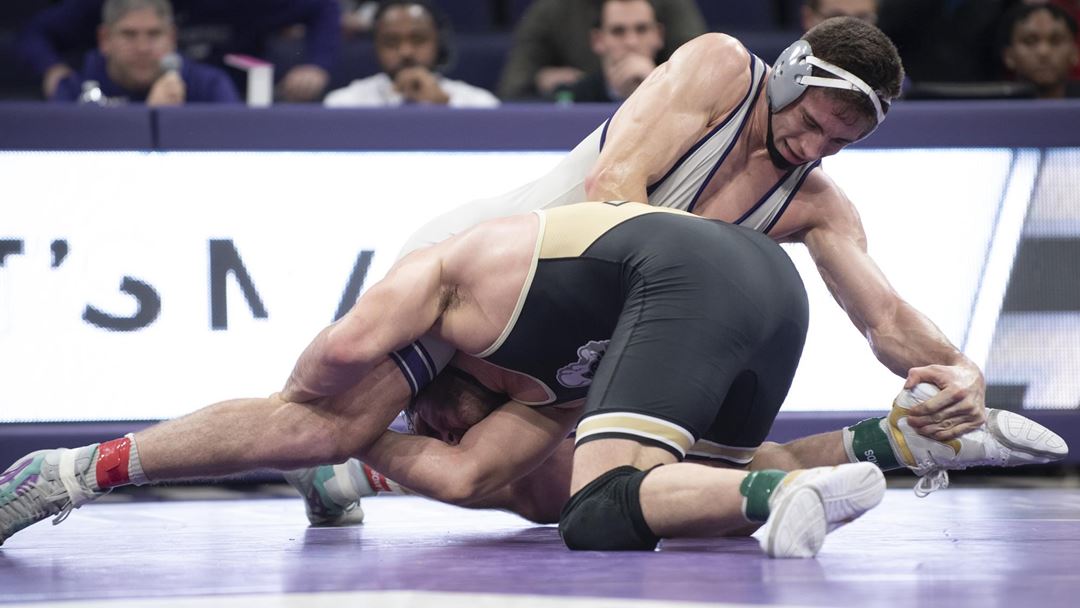 PISCATAWAY, N.J. – Northwestern won four individual bouts in a conference dual match at Rutgers Friday evening. The ‘Cats got wins from a pair of seniors in Shayne Oster and Alec McKenna, as well as its two highest-ranked wrestlers in No. 9 Lucas Davison and No. 1 Ryan Deakin.

The action began at 165 pounds, where Oster took the mat first for the visiting NU squad. Now up to No. 13 in the nation in his weight class following a last-second win over a ranked opponent at Ohio State last weekend, Oster took on Rutgers’ Brett Donner. In a hard-fought bout from beginning to end, Oster was tough on top to come away with a 2-0 decision and give Northwestern the first lead of the contest. The triumph marked a sixth-straight victory for the senior as he continued his impressive form in his final campaign in the purple and white.

After a pair of wins for the Scarlet Knights gave them the lead, Davison put the Wildcats back on track in another tightly contested match. He faced a fellow ranked grappler in No. 17 Jordan Pagano, and it showed in a back-and-forth scoreless first period. After starting on bottom in the second, Davison scored a reversal to go up 2-0. He gave nothing up the rest of the match as he held on for the 2-0 win, continuing the impressive run he has been on as he climbs up the national rankings.

After a trio of victories for Rutgers helped the hosts pull away in the team score, McKenna and Deakin ensured NU finished strong with two wins in the final three bouts.

At 141, McKenna was matched up with JoJo Aragona, and it proved to be another even battle with a 0-0 tie after a period. McKenna was able to take control in the second, however, as he impressively rode the Scarlet Knight for the entire period, preventing Aragona from notching an escape point and racking up a full two minutes of riding time. With an immediate escape in the third, McKenna stretched the lead to two, and he held on with no real trouble to complete a win by decision, following his teammates’ lead with a final score of 2-0.

In the evening’s finale, top-ranked Deakin put on the type of performance that has been the norm for him all year. He took the upper hand early on with a pair of takedowns and four back points in the first, leading his opponent—Michael VanBrill—by a score of 8-1 after a period. After four more points in the second, he began the third looking for the technical fall. Despite scoring four more points in the final frame, VanBrill stayed up just long enough to keep it to a major decision, as Deakin improved to 16-0 on the season with a 16-2 victory.

Chicago’s Big Ten Team will be back in action this Sunday afternoon, facing Maryland in the final Big Ten match of the season. The action is set to begin at noon CT. 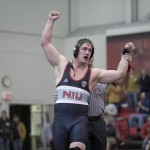