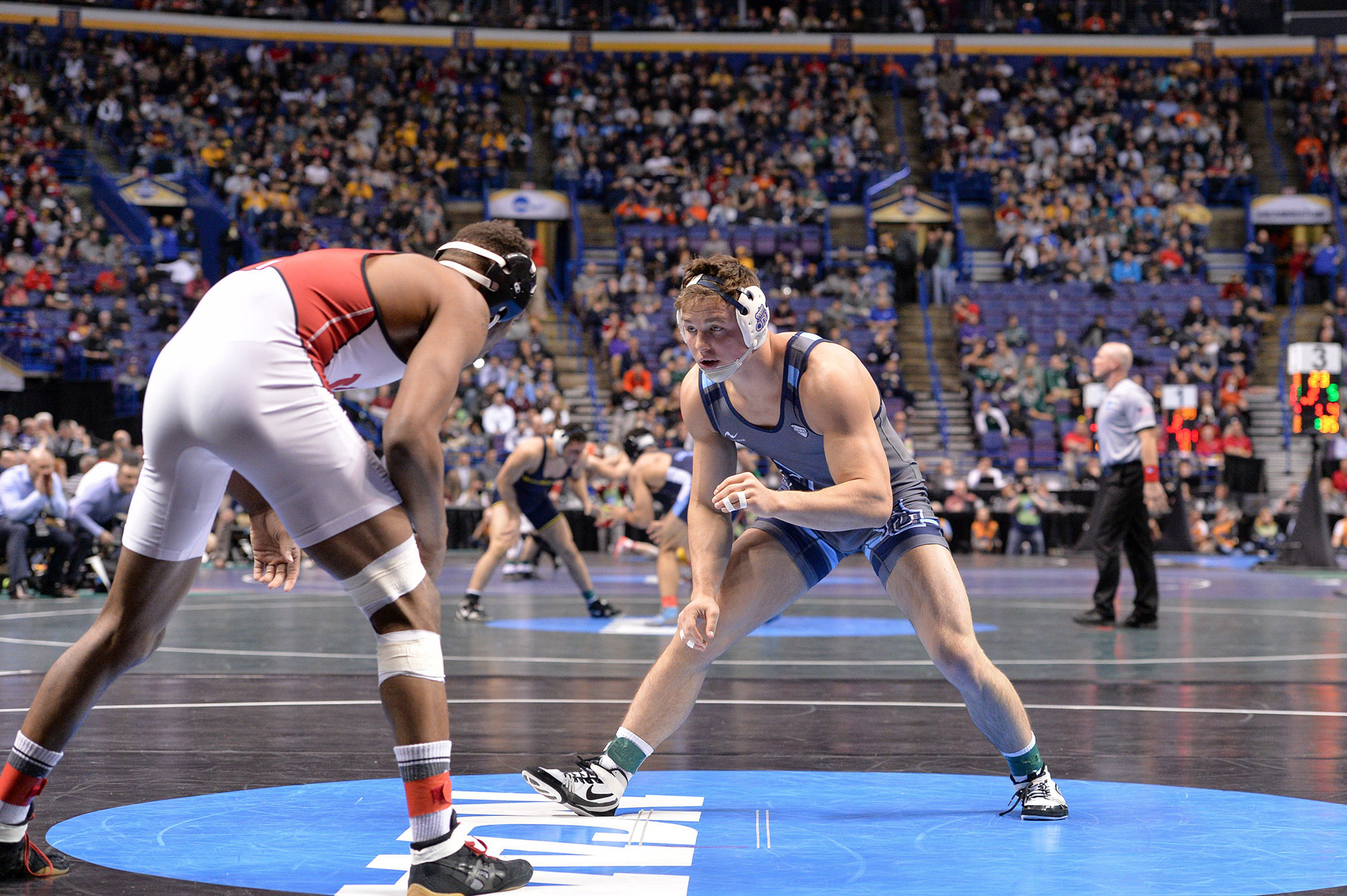 Not so long ago, Jack Dechow sat in the stands at the NCAA Championships and watched his cousin, Illinois graduate Jordan Blanton, compete with the best.

At that time, he dreamed of one day following in his cousin’s footsteps.

“He is the reason why I am here,” Dechow said at Thursday’s NCAA Championships at the Scottrade Center in St. Louis. “He paved the way, and I’m coming after him. He’s history, and I’m the present. I’m keeping the tradition going.”

After a fourth-place finish his freshman year followed by back-to-back heartbreaking second-round losses, Dechow won a pair of matches Thursday to advance to the Friday morning’s quarterfinals.

And, on Day 1, his cousin was in the stands watching and supporting Dechow every step of the way.

“(Jordan’s) helped me all my life,” said Dechow, a Richmond-Burton graduate. “He comes in once a month and trains with me. He’s great for the mind, and I’m very thankful for that.

“He’s a family member so he has no choice but to make me good.”

With his pair of victories Thursday, the No. 8-seeded Dechow will face top-seeded Cornell’s Gabe Dean – the two-time returning 184-pound national champion – in Friday morning’s quarterfinals. The winner will advance to Friday night’s semifinals, which will be broadcast on ESPN.

“He’s a tough kid – a two-time national champ – but I’ve been waiting for this one since my freshman year in our third- and fourth-place match,” Dechow said. “I just have to wrestle hard for seven minutes. When I do that, I can beat anybody. I’m excited, and you’re going to see everything I have.”

Just like he’s done for his entire wrestling career.

A three-time state medalist and a state champion at Richmond-Burton, Dechow had a standout redshirt freshman year at ODU as he went 21-6 and finished fourth at the NCAA Championships to earn All-American honors.

However, with high expectations the next two seasons, Dechow fell both years in the round of 16, which made this weekend’s NCAA Championships even more meaningful.

“I was an All-American my freshman year, but I really grew as a wrestler this year,” Dechow said. “The last two years I may not have, but I still grew as a man both mentally and physically, so I feel like I’m a three-time All-American.”

Dechow is a win away from reclaiming All-American status after his victories Thursday.

After he defeated Northern Colorado’s Dylan Gabel by a 6-2 decision in the first round, he earned a thrilling 7-5 sudden victory over Indiana’s Nathan Jackson, a Marian Catholic graduate.

Jackson built a 5-1 lead, but Dechow stormed back to tie the match at 5 and force overtime.

“If you freak out in that situation (down 5-1), you’re not going to score,” said Dechow, who never faced Jackson in high school nor in folk style before Thursday. “You can do a lot in seven minutes, and that’s what I did. I had to go a little more than seven minutes, but I got it done.”

In the extra time, Jackson went in for the match-winning takedown, but Dechow sidestepped it, swung around behind Jackson and then celebrated his victory.

Now his mentality shifts to becoming an All-American once again and chasing a national title.

“I think what makes me so successful is just my style and the fact that you’re not going to see me give up,” Dechow said. “And I think that’s a deadly combination.” 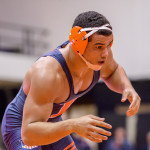 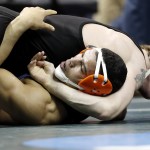